The 10 Most Beautiful Towns In Mississippi

With its picturesque Gulf Coast, Southern architecture and delta river towns rich in the blues, Mississippi offers some wonderful draws for visitors. From Port Gibson, the town ‘too beautiful to burn’, to the idyllic seaside town of Ocean Springs, we explore the state to find Mississippi’s 10 most beautiful towns. 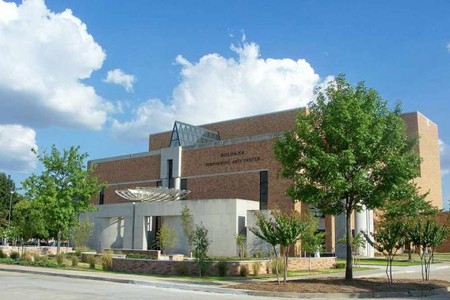 Cleveland is a jewel of the Mississippi Delta. Known for its vibrant culture and history, bustling downtown and good old-fashioned Southern hospitality, it was formerly a stop on the Louisville, New Orleans & Texas Railroad. As such, the town grew from the late 1860s onwards, later becoming synonymous with blues music. Today, Cleveland is also home to a host of locally owned restaurants, antique stores and lively cultural institutions such as the Bologna Performing Arts Center, on the campus of Delta State University. 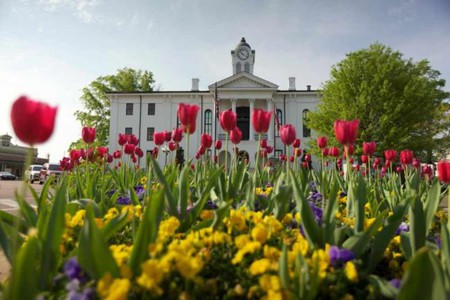 Oxford is famous as a haven for writers and artists and is home to several engaging cultural sights. Though it’s full of small town charm, it is also the location of the University of Mississippi, which gives the town a lively college demographic. This, in turn, translates to a vibrant music scene and great, rather eclectic dining options too. Oxford also has one of the nation’s most famous independent bookstores, Square Books.

Bay St. Louis is an idyllic seaside town brimming with rich history, beautiful sights and a lively cultural scene just begging to be explored. Bay St. Louis’s Old Town is the beating heart of the beachside community and home to a whole host of boutiques, classy and casual restaurants.

New Albany is a small northern Mississippi town located on the scenic Tallahatchie River. Nicknamed ‘the gateway to the Tanglefoot Trail’, New Albany is the starting point of Mississippi’s longest Rails to Trails path, while sights like the nearby Holly Springs National Forest and Wolf Howl Animal Reserve offer further connections to nature.

Corinth is a town steeped in history. Often called the ‘Gateway City’, the town is located at the crossroads of the old Memphis & Charleston and Mobile & Ohio railroads which made it a strategic hub in the American Civil War. Its historic depot is now The Crossroads Museum and home to exhibits that detail the region’s history. Today, Corinth’s beautiful downtown demonstrates a modern city with respect for its past with well-maintained historic architecture and eclectic new stores and restaurants.

One of Mississippi’s picturesque Gulf Coast towns, Ocean Springs is nestled on the edges of beautiful Biloxi Bay and is a charming seaside town that combines history, culture and nature all in one. Ocean Springs is also home to part of the beautiful Gulf Coast Islands National Seashore, full of natural beauty and wildlife, while the oak-lined streets of downtown offer galleries and quaint cafes.

Boasting panoramic views of the Mississippi River, stunning antebellum architecture full of Southern Gothic charm, and a rich history and musical past, it’s no wonder Vicksburg is such a popular stop-off in the Mississippi Delta. Landmarks such as the Vicksburg National Military Park pay homage to the town’s pivotal role in the American Civil War and its five Mississippi Blues Trail markers are testament to its part in the Delta blues, which can still be heard today at the town’s many music venues.

Natchez was founded as a fort by the French in 1716 and is one of the oldest European settlements on the Mississippi River, although its history dates back much further. While Natchez’s historic antebellum homes and quintessentially Southern moss-covered trees offer old-fashioned small town charm, the town is also home to a lively and modern cultural scene.

This tiny town is home to just under 1,500 people and located on the banks of the meandering Bayou Pierre River. It is still steeped in its historical past with sights to visit that include the nearby Grand Gulf Military Park and the Windsor Ruins, the hauntingly beautiful remains of a Greek Revival mansion built in 1861 and burned to the ground in 1890.

Despite being located on the edges of the state capital Jackson, Ridgeland manages to maintain its small town charm while embracing the cosmopolitan character lent by its proximity to a bigger city. Known for its arts and cultural scene, the town is home to institutions and events including the Mississippi Gulf Center, which promotes the preservation of traditional and contemporary Southern crafts.