Journey To The Deep South: The Delta Blues Museum

The Delta Blues Museum is dedicated to exploring the history and heritage of the American musical art form of the blues, which spread from its origins in the Mississippi delta to become the basis of most modern guitar music. Housed in the newly renovated Yazoo and Mississippi River Valley Railroad Depot, it is a fascinating introduction to a uniquely American musical form. 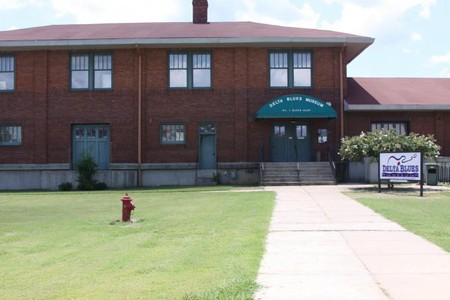 The Delta Blues Museum is located in Clarksdale, Mississippi, which is a region known as ‘the land where the blues began’. Since its creation, the Delta Blues Museum has preserved, encouraged and provided public access to awareness of the Blues and its history. Established in 1979 by the Carnegie Public Library Board of Trustees and re-organised as a stand-alone museum in 1999, the Delta Blues Museum is the state’s oldest music museum. Along with holdings of significant blues-related memorabilia, the museum also collects and exhibits art portraying the blues tradition, including works by sculptor Floyd Shaman and photographer Birney Imes. 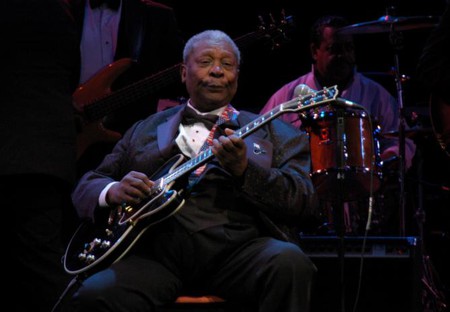 The museum houses many interesting artefacts related to the blues — including musical instruments, sheet music, posters, photographs, recordings, costumes, folk art, paintings and other memorabilia. The majority of contents have been donated by family members of musicians or loaned, but others have also been carefully sourced and bought by the museum’s staff. Most notably the space contains the purported shack where blues legend Muddy Waters is claimed to have lived in his youth on Stovall Plantation, near Clarksdale. Other highlights include the guitars of John Lee Hooker and B.B. King, a display case devoted to the life of Big Mama Thornton and the original sign from one of the reputed juke joints where Robert Johnson was allegedly poisoned during his last gig.

Along with the permanent collection, the museum plays host to many temporary exhibitions. Previous examples include ‘True Delta’ — a display that provides viewers with a cinematic snapshot of the blues tradition in and around Clarksdale via film footage. ‘Notes from the Mississippi Delta’ was a collection of photographs by Melbourne artist Nathan ‘Nattie’ Miller. Photographed between 2002 and 2007, images of legendary bluesmen, local barbershops, Sunday church gatherings, elegant natural vistas and roadside memorials were featured in this display that portrays and celebrates the community and culture that gave birth to the blues. 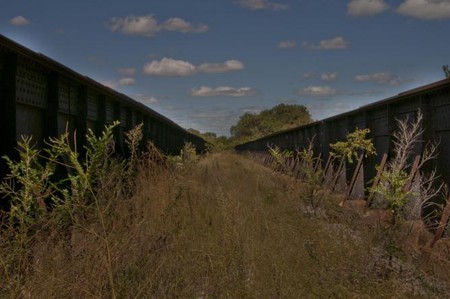 The museum is located in the Yazoo and Mississippi Valley Passenger Depot, also known as Illinois Central Passenger Depot or Clarksdale Passenger Depot, which was built in 1926 and listed on the National Register of Historic Places in 1995. The original brick building was constructed circa 1918 and served as the passenger rail depot of the Yazoo and Mississippi Valley Railroad and later the freight depot of Central Illinois Railroad. This choice of location has a strong resonance with the Blues as many of the movement’s musicians didn’t have money when they travelled. In order to get to Memphis or St. Louis, they would ride the freight train and travel along with the cargo. The former freight area spans approximately five thousand square feet of ground floor space and is devoted to both the permanent and two to three travelling exhibits per year.

Since it’s reopening, the museum has established a strong reputation amongst visitors as one of the top tourist attractions in Mississippi. Despite its rural location, during peak season the space attracts visitors from around ten countries and three continents per day. Along with travellers and tourists alike, the museum has also attracted notable figures such as Charlie Musselwhite, Pinetop Perkins, Sam Carr, Robert Plant, Paul Simon and many other amateur blues musicians, who have come along to appreciate the soulful movement of blues music.

The Delta Blues Museum Stage is adjacent to the museum classroom and hosts a year-round music education programme, as well as many lectures and symposia. The museum has a distinct focus upon educating the talented young people of this generation who are interested in learning to play musical instruments. Maie Smith, the Group Tour Manager at the museum says the purpose of this, is so that ‘when the older generation die, we’ll have young men and young women to continue the tradition as it started.’ She adds that musicians who have become successful will often ‘come by and give back a little by helping the young kids to learn to grasp this art form.’

The stage also serves as the main venue for local festivals such as the Sunflower River Blues Festival and Gospel Festival in August and the Juke Joint Festival in April. A five-member board appointed by the Mayor and Board of Commissioners of Clarksdale governs the museum. Funded by the City of Clarksdale, memberships, admissions, gift shop revenue, donations and granting agencies, the museum uses public and private funds to carry out its mission.

To find out more information, to donate, or to organize your visit, click here.