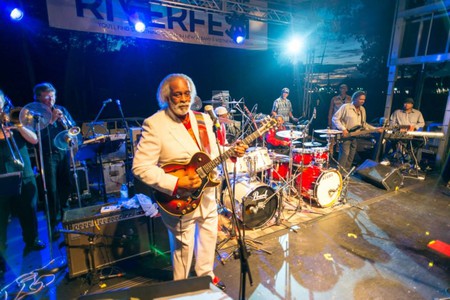 Known as “The Birthplace of America’s Music,” Mississippi has not only produced the great Elvis Presley but also B.B. King, Jimmie Rodgers, and dozens of other A-list musicians. For those hoping to catch a glimpse of the next big thing in music, Mississippi has you covered. Below, discover some of Mississippi’s best live music venues in the state and make a plan to visit next time you’re below the Mason-Dixon line.

Located in a reclaimed and renovated late-1930s warehouse in downtown Hattiesburg, The Thirsty Hippo incorporates an eclectic mix of music from South Mississippi, New Orleans, and the surrounding area. Given that it also doubles as a restaurant and bar, The Thirsty Hippo is the place to enjoy world-class music alongside equally famous bread pudding.

In keeping with the renovated and restored theme, Smoot’s Grocery offers a solid lineup of blues-centric music in a Depression-era juke joint and grocery store in one of the state’s most picturesque communities. Stop by Smoot’s Grocery to sample great music from artists across the Deep South every weekend, and be sure to grab some food and craft beer (we recommend Bluff City Blonde) while there. 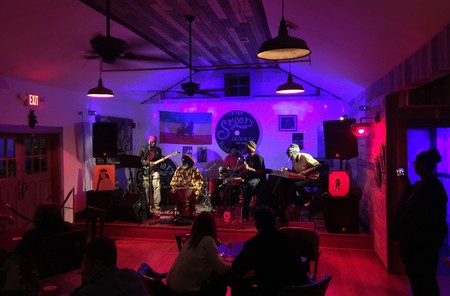 Duling Hall, a repurposed high school auditorium located in Fondren, Jackson’s artsy neighborhood, plays host to a number of top acts every month: North Mississippi All Stars, Marty Stuart, Keb Mo, St. Paul & the Broken Bones, and Loretta Lynn have all played here. If you want to spend a bit of time meandering around the neighborhood, there are also a number of fantastic eateries and watering holes within walking distance.

Located along the banks of the Tallahatchie River of “Ode to Billy Joe” fame, this new outdoor venue is home to a number of musical events throughout the year. This summer, weekly performances offer a great way to enjoy a range of music with friends or family. The 10-week series will kickoff in June with what promises to be an electric performance from Alvin Youngblood Hart’s Music Theory, a group that spans blues, rock, reggae, and country all at once. Before enjoying a concert in the great outdoors, stroll across to the local shops (check out Sugaree’s Bakery and The Vintage Market if you’re looking to treat yourself) and grab a bite in one of New Albany’s many restaurants to ensure the perfect day out.

Originally a livery stable owned by the family of Oxford resident William Faulkner, The Lyric also served as the town’s first movie theater and the site of the premier of Faulkner’s Intruder in the Dust. The Lyric was reborn as an event space in 2007, hosting acts such as Wilco, The Black Crowes, and Lucinda Williams. The Lyric is also located just steps from the world-famous Oxford Square.

Located in Tupelo, hometown of the great Elvis Presley, this intimate venue lives up to the hype by offering almost nightly music from both up-and-coming and more established acts. The bar’s “Cathead Stage” bears signatures from the likes of Alabama Shakes, Jimbo Mathis and many others. As well as serving up great music, The Blue Canoe also offers patrons creations like blueberry donut bread pudding, pork and greens, and many more Southern-inspired dishes. 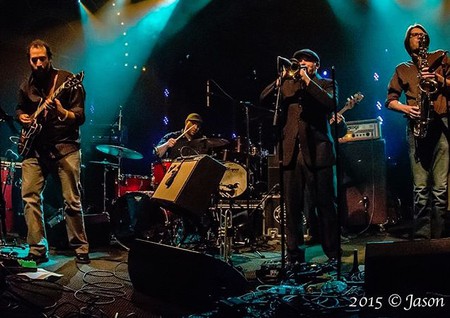 Live music at the Blue Canoe, courtesy of Blue Canoe

Known locally as one of the “Best Local Hangouts on the Mississippi Gulf Coast,” this quaint bar and grill does not disappoint. Not only does Government Street Grocery offer a varied lineup of South Mississippi acts, but it’s also a great place to relax and soak up the Mississippi coastal vibe.