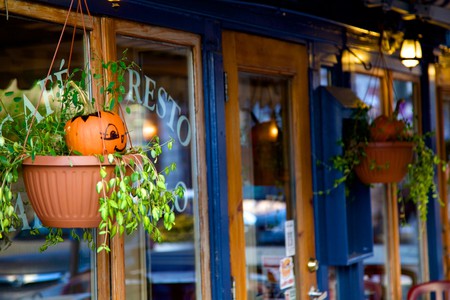 When it comes to Halloween, certain cities always come to mind. There’s New Orleans with its rich and storied past that lends itself to ghost stories and voodoo queens, and there’s Salem, a town where witch trials in the 1600s forever associated this small Massachusetts locale with magic. Then, there’s the true Halloween capital of the country: the overlooked Minneapolis suburb of Anoka.

Learning that Anoka is in fact the official Halloween capital may solicit more than a few curious eye brow raises. Compared to popular spooky destinations such as NOLA, New York, Salem, or Sleepy Hollow, this town of fewer than 20,000 people is not on most travelers’ October bucket list.

Anoka’s Halloween rite began more than a century ago when Halloween pranks hit the small town community in excess. Local kids, armed with shenanigans, played harmless jokes on the town until 1920 when Anoka—fed up with the pranks—appointed an official Halloween committee to create an annual extravaganza that would offer treats to curb the kids’ tricks. 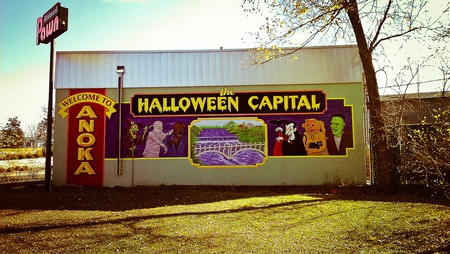 The idea worked, and ever since the 1920s, Anoka volunteers have helped organize the town’s annual Halloween celebration. What started as a day-long event has, over time, morphed into a month-long soiree featuring pumpkin contests, wine tastings, and multiple parades.

“This town is so Halloween crazy that the Halloween committee meets year-round to prepare for the big day,” reports Miranda Smith of AFAR. “Anoka Halloween, Inc. is a 501(c)(3) nonprofit organization that has grown to throw 30-plus Halloween events in October. Committee members work as chairpeople for the season’s tasks and volunteer on one another’s projects to pull the whole thing off.” 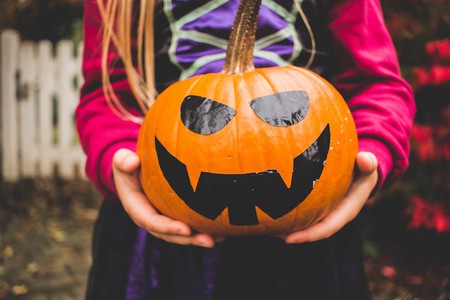 As for the town’s official designation as Halloween capital, it’s said a local boy named Harold Blair made the trek to Washington D.C. to petition congress to officially designate Anoka as the country’s first and only Halloween Capital. The year was 1937 and, according to the Anoka Historical Society’s archivist, Audra Hilse, it’s said congress did grant the title to the Minneapolis town (although the paper trail proving this was unfortunately lost in a fire).

In the present day, Anoka’s Halloween spectacular is hardly a secret anymore, as the town is anticipating about 30,000 people for this Halloween—exceeding its own population.