The Best Sports Bars to Watch the Super Bowl in Minneapolis, MN 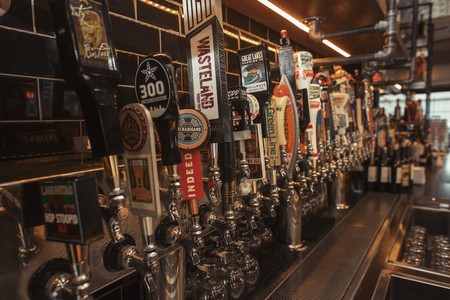 There’s something special about watching the Super Bowl as part of a loud, boisterous group of friends and strangers. Sports bars have the unique ability to bring people together for a common goal—witnessing your favorite team take home the Vince Lombardi Trophy. For those in and near Minneapolis who don’t have tickets to Super Bowl LII, here are some of the best sports bars in the Twin Cities for watching the big game. 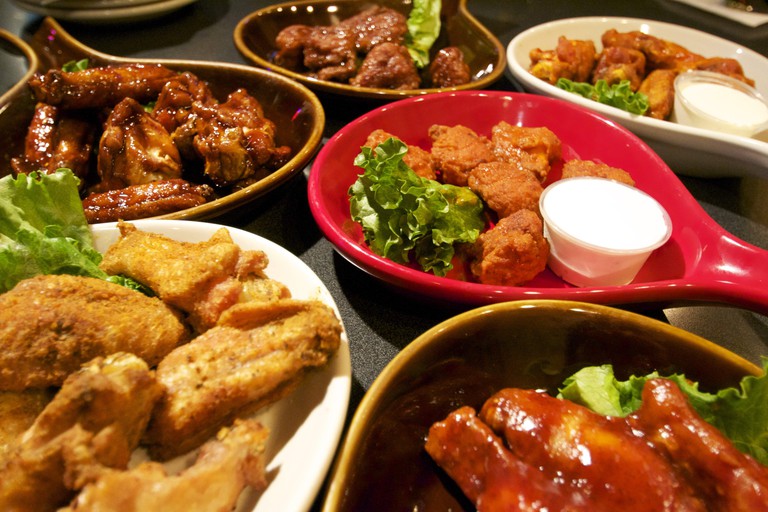 Since the 1930s, Bunny’s Bar & Grill has been serving up a unique sports bar experience for NFL fans. Bunny’s, which has been voted the Best Sports Bar in Minnesota by City Pages and WCCO, cooks up American classics in both Northeast Minneapolis and St. Louis Park. The sports bar and grill offers breakfast seven days a week. And when it comes to Sundays, fans line up at the door to partake in the free Bloody Mary special. Bunny’s carries most sports packages and has 15 HDTVs in its Minneapolis location and 30 HDTVs in its St. Louis Park location. 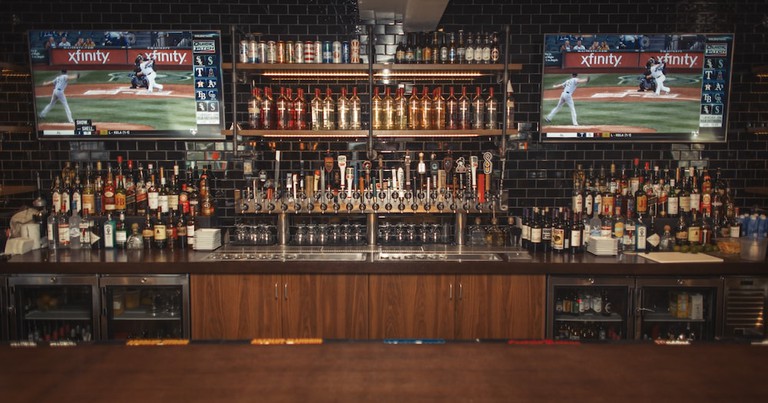 Known for its dog-friendly patio, yoga mats for resting pups, and cool canine menu, The Howe Daily Kitchen & Bar is a South Minneapolis staple. With more than 40 beers on tap and daily breakfast, it’s a great place to watch Super Bowl LII—provided that you show up early to get a seat. This weekend, there are $3.75 domestic taps, cans and wells, $1 off craft taps and wine, and a Happy Hour food menu with items as low as $4. This modern sports bar sits just off the Blue Line near 38th Street station. 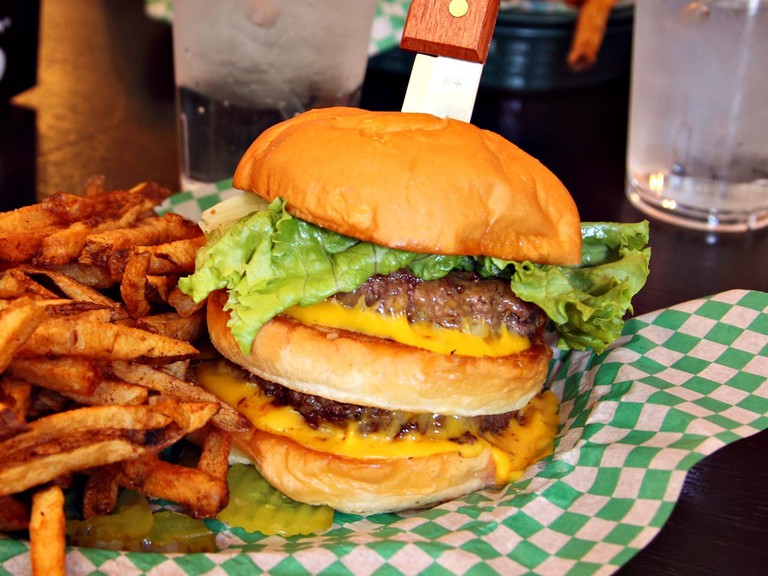 The Nookie Supreme Burger with Fresh-Cut Fries | © Jerry Huddleston/Flickr
Shamrocks Irish Nook is one of those low-key, cool kind of places. Casper’s and Runyon’s Shamrocks Irish Nook lies in St. Paul and features live music, food and drink specials, and importantly, a free shuttle to all Minnesota Wild and Minnesota Vikings home games. Famous for its Shamrock burger, the Nook was featured on the Food Network show Diners, Drive-Ins and Dives and called out by Barbara Streisand when she performed at the Xcel Energy Center in 2006 when she said, “I had the best Juicy Lucy I’ve ever had at Casper and Runyon’s Nook on Hamline Ave. in St. Paul.”
Open In Google Maps
995 7th Street West, West Seventh, Saint Paul, Minnesota, 55102, USA
+16512289925
Visit Website
Give us feedback

Bar, Contemporary, American, Pub Grub, $$$
Facebook
Email
Twitter
Pinterest
Copy link
Share
Map View
Tiffany Sports Lounge, which opened in 1971, is a family-run business built on its dedication to friendship, laughter, and service. The Monpetit family from Somerset, Wisconsin, founded the lounge, declaring the Green Bay Packers as the Tiffany Sports Lounge home team. Tiffany is a staple in the Twin Cities sports lounge circuit, and during Super Bowl LII, the restaurant is giving away prizes and offering two-for-one specials during the game.

Hoping this pic of some happy vikes fans can help #BringItHome

Tavern on the Avenue

Step inside Tavern on the Avenue, and you will instantly feel like a regular, even if you’re not. This St. Paul restaurant and bar is loved by locals and known for its friendly staff and scratch-made meals. The Black Angus Burgers and Summit Battered Fish Reubens are fan favorites. For entertainment-loving customers, Tavern on the Avenue has 17 HDTVs, video games, pull tabs, darts, and pool tables.

Week 2: Atlantic cod at Tav on Ave. I thought nothing could beat Red Cow, but this is definitely my new favorite! #FishFry #fishfryfriday

Casual, Quirky
Give us feedback