The 10 Most Beautiful Towns in Minnesota

The Gopher State; The North Star State; The Land of 10,000 Lakes. Minnesota‘s nicknames point to the state’s affinity with nature. Towns often lie beside lakes or national parks and architecturally, are a mixture of Colonial America, Scandinavia and Germany. We check out 10 towns which showcase this Midwestern state.

With of population skirting around 1000 and one-tenth of the land area being covered by water, Biwabik is a great place to get away from the bustle of the big city. The majority of the buildings take inspiration from Bavaria and Scandinavia, with the original settlers having predominantly come from Finland and Germany. This, combined with the nearby mountains, may fool you into thinking that you are in an Alpine town.

Ely has stunning natural scenery, outdoor activities and its fair share of independent pubs and bars. It is the gateway to the Boundary Waters Canoe Area Wilderness, a 4,400-square-meterwilderness area, which is one of the most visited in the country and particularly for watersports as it is one of the world’s foremost canoeing destinations. 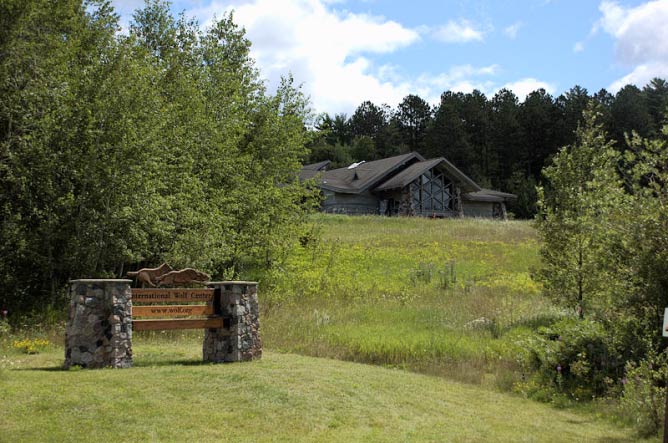 With its year-round festivals, close proximity to the Sawtooth Mountains and Lake Superior, and nearby Gunflint Trail with its copious outdoor activity options, it is no wonder that Grand Marais is a popular tourist destination in all seasons. 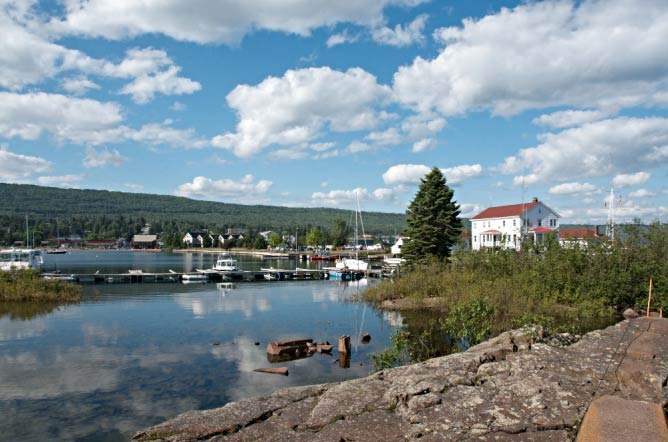 The bed and breakfast capital of Minnesota also serves as a prominent arts and culture destination and outdoor adventure haven. Lanesboro’s historic district is a testament to local living and the slower pace of life from days gone by, with no chain stores or fast food outlets, and a notable absence of stop lights. State parks, fish hatcheries, the National Scenic Byway, and over 60 miles of the Root River Trail provide insight into the different natural elements that Minnesota has to offer.

Taking its name from Swedish settler Daniel Lindstrom, who arrived in the city in 1853, Lindstrom retains much of its Scandinavian charm in its architecture, culture and language, with the town still having close connections with its sister towns in Sweden. There are a number of novel features throughout the town, including antique stores, log houses and lodges, the Lutheran churches and, most notably, the Swedish Coffee Pot Tower.

Evidence of Pipestone’s history and natural surroundings can be found across the town, from its architecture to its popular visitor attractions. Many of the buildings are made from locally quarried rock, making the town’s façade one that is deeply rooted in the area. The Pipestone National Monument, with its historic quarries, Prairies and the Winnewissa Waterfall, is the town’s biggest attraction.

Red Wing has become listed as a distinctive destination by the National Trust for Historic Preservation due to its ‘impressive architecture and enviable natural environment’. The downtown Main Street area retains much of the charms of the town’s 19th century origins. Red Wing is also home to a prominent shoe company and, fittingly, the World’s Largest Boot. 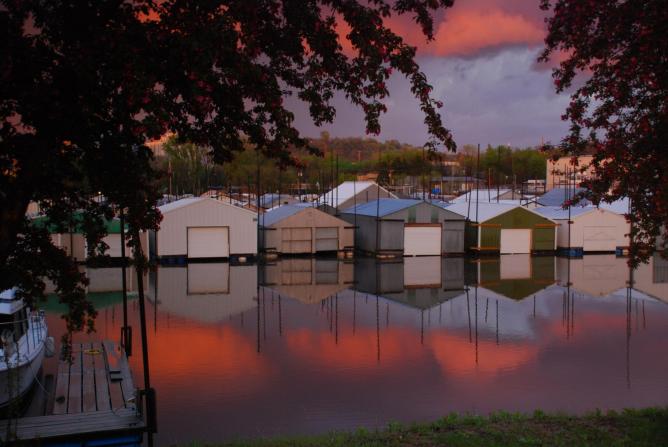 The birthplace of Minnesota. Stillwater was first established in 1848, nestled in one of the bluffs of the St Croix river and within throwing distance of Wisconsin. It is just outside the Twin Cities, so attracts many visitors who are looking for a quick jaunt to historic surroundings; many are taken aback by the dramatic river views to one side and rocky outcrops on the other. The historic downtown district, with the courthouse, lift bridge and Main Street, takes you back through Minnesota’s 166-year history. 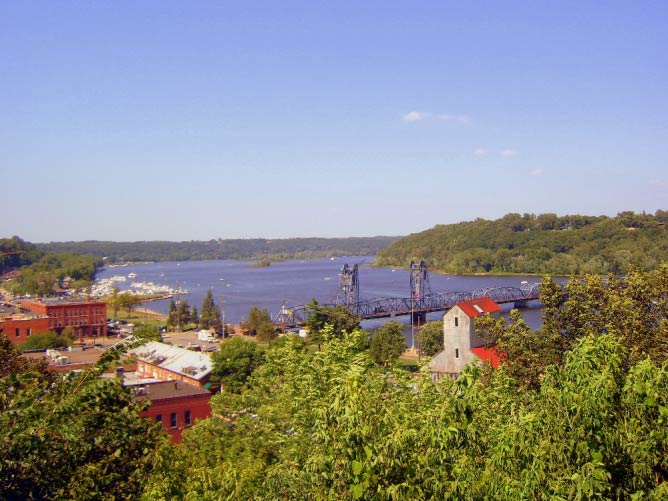 Taylors Falls is on the Dalles area of the river, with dramatic forested bluffs and high cliffs, so whether you are enjoying the view by boat, canoe, bike or looking up to vantage points, it is definitely worth taking the time to make the most of the views. There are a number of quirky and historic buildings, most notably the oldest public school in Minnesota, first built in 1852, and a former jail house which now serves as a bed and breakfast.