Remembering the First Black Entrepreneur to Win the U.S. National Medal of Technology 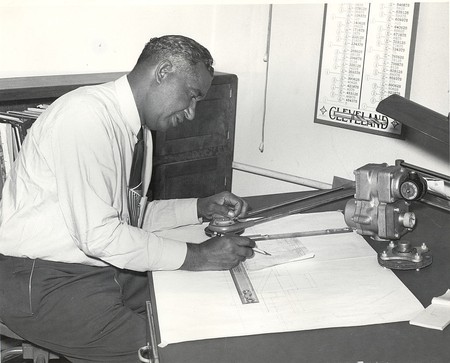 Frederick McKinley Jones didn’t live to receive his National Medal of Technology personally, but when his widow was presented the honor at a ceremony in the White House Rose Garden in 1991 by President George Bush, he posthumously became the first African American to receive the award.

The medal was presented 30 years after Jones died of lung cancer to honor his work across several fields. He had the biggest impact on the refrigeration and cinema industries, and was awarded 61 patents during his lifetime.

Jones was born in 1893 in Cincinnati, Ohio. When he was orphaned at nine, he was forced to drop out of school. Jones was raised by a priest in Kentucky until he was 16, when he moved to work as a mechanic’s helper back in Cincinnati. He developed a deep knowledge of cars and how they worked during this time by observing and learning from the mechanics and reading extensively. Within three years he was promoted to shop foreman and by 19, he’d built and driven cars in racing exhibitions.

As with most men of his time, Jones’ life was interrupted by war. During World War I, he was initially assigned to a unit made up of just African American soldiers, but was moved when the army learned of his mechanical skills. He developed a reputation for being able to fix anything, and rose to the rank of Sergeant. He also taught classes to other soldiers on electrical circuitry.

After the war, Jones lived in Hallock, Minnesota, and worked on mechanical projects. He was the town’s movie projectionist and built a sound track unit that could accommodate the new movies with sound. He also built a radio transmitter for Hallock.

His work on movie soundtrack mechanisms in the town caught the eye of entrepreneur Joseph A. Numero, who employed Jones at his company Cinema Supplies. Jones would later be granted a patent for a movie theater ticket machine he invented during his time there. 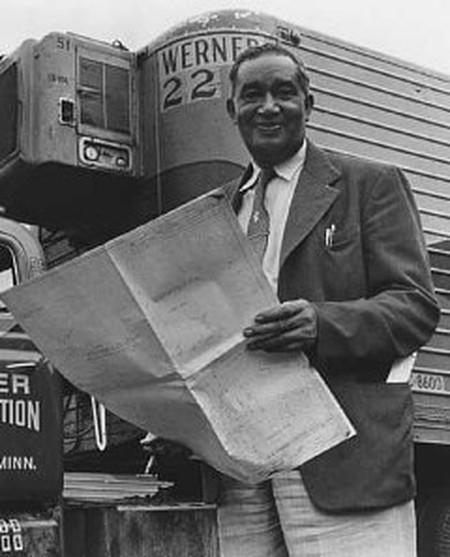 While working for Numero, a random set of circumstances led Jones to his greatest achievement. A business peer of Numero’s, Harry Werner, complained that he couldn’t ship food without it going bad, and Numero jokingly remarked that he needed to put a refrigerator in his truck. Werner bought an aluminum truck and brought it to Jones and Numero to see if it was possible, and although Numero thought it was a futile venture, Jones stepped into the van, took some measurements, and said he could build it. He patented the invention in 1940 and Numero eventually sold Cinema Supplies and founded U.S. Thermo Control Company with Jones. The company was later known as Thermo King Corporation and was a big name in refrigeration until it was acquired in 1997.

During World War II, refrigeration units developed by Jones transported food, blood, and medical supplies around the world for the U.S. military and its allies. Jones served as an electrician again in his second world war, and continued to develop cooling units.

Although none of Jones’ inventions made him huge fortunes, he accumulated a number of awards and firsts. He was the first African American to become a member of the American Society of Refrigeration Engineers in 1944, and consulted for the U.S government in the 1950s. He also was inducted into the Minnesota Inventors Hall of Fame in 1977, 16 years after his death. It’s sad to think Jones never got this level of recognition while he was alive, but the fact he was so honored after his death speaks volumes for the legacy of his inventions.