This Minnesota Airport Loves Justin Timberlake More Than You Do 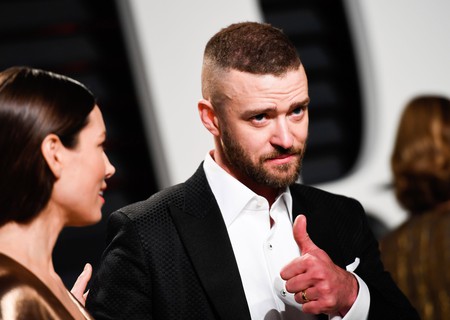 As the airport’s website proves, MSP is very ready for the championship clash between the New England Patriots and Philadelphia Eagles, but the actual game is really just secondary in comparison to the halftime show and its star. Like the screaming in tears superfan at the front of every concert, MSP is obsessed with Timberlake, and the airport (or at least whoever is running their Twitter account) isn’t afraid to show its feelings for him.

Over the past few days, the airport has repeatedly tweeted at Timberlake, expertly walking the fine line between restraining order concerns and absurd entertainment. “Hey @jtimberlake, loving the new album! Heard you’re coming to Minnesota soon! Just an FYI for you, we do have live music at MSP Airport,” the first message reads.

From there, things get a little more personal. “Hey @jtimberlake, haven’t heard from you in a while! We should meet up for coffee sometime next week?” MSP tweeted on Jan. 20th, following up nine hours later like a Tinder creep with, “just wishing you a good night. Hope to see you soon!” Check out the tweets below.

Hey @jtimberlake, loving the new album! Heard you're coming to Minnesota soon! Just an FYI for you, we do have live music at MSP Airport. #justsayin

Hey @jtimberlake, do you know what's real and not filthy? MSP Airport! #JTtoMSP

Hey @jtimberlake, haven't heard from you in a while! We should meet up for coffee sometime next week? #JTtoMSP

We understand how hard it is to keep track of all your tweets @jtimberlake, that's probably why we haven't heard from you yet. Totally understand! But don't worry, we'll wait longer! #JTtoMSP

The airport even went as far as to reach out to Timberlake’s late-night pal Jimmy Fallon in the hopes that he might be able to help them connect with the singer-songwriter.

Hey @jimmyfallon, we know you and @jtimberlake are BFF's. Any chance you know where he is? We've been waiting to hear from him! #WelfareCheck #JTtoMSP

While Timberlake has yet to acknowledge the airport’s love letters, Sony, the parent of his label RCA, has taken notice, and they like what they’ve seen.

Timberlake recently dropped his third single off of Man of the Woods, the first track that delivers on the rustic textures promised by the album’s title, as well as his statement that his fifth solo effort is greatly inspired by his home state of Tennessee. Featuring Grammy-winning artist Chris Stapleton, “See You Again” is six minutes of foot-stomping country-pop, replete with sing-along platitudes like “Maybe I’m looking for something I can’t have.” It’s a song perfectly constructed for the NFL’s demographic, and we can only assume that Timberlake will bring Stapleton on stage during the halftime bash on Feb. 4th.