The Top 10 Restaurants In Bloomington, Minnesota.

The fourth largest city in the state of Minnesota, Bloomington more than holds its own against its bigger rivals in terms of cultural delights. We introduce you to 10 of Bloomington’s best restaurants. 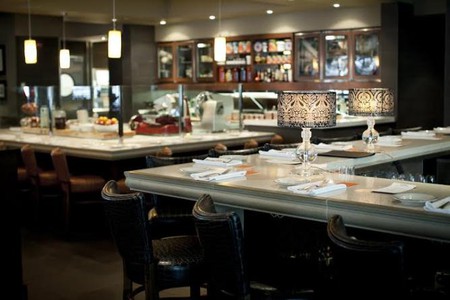 Restaurant, Italian, $$$
Facebook
Email
Twitter
Pinterest
Copy link
Share
Map View
Ciao Bella offers modern and stylish Italian cuisine without losing the rich flavors of home-cooked food. Reviewers have frequently praised the style, liveliness and energy of the waiters, with tales told of the extraordinary lengths they’ll go to in order to seat you at the busiest times, along with the quality and speed of the service. The décor and artwork is inventive, with a delightful modernist twist, the character of an artists retreat, with all the service of a high-end restaurant.
Open In Google Maps
3501 Minnesota Drive, West Bloomington, Bloomington, Minnesota, 55435, USA
+19528411000
Visit Website
Give us feedback

Bar, Cocktail Bar, Restaurant, American, $$$
Facebook
Email
Twitter
Pinterest
Copy link
Share
Map View
With an ethos that places regionally influenced, Minnesota-sourced fare at the heart of its American cuisine, FireLake Grill House and Cocktail Bar is considered to be one of the best dining institutions in the city. Whether you’re in the mood for a Lavazza coffee at breakfast time or a dinner inspired by the farm-to-table concept, FireLake has a creative edge, and something to suit all tastes at all times of the day. The interior is sleek and wooden, with diffused lighting to illuminate the modern American furnishing.
Open In Google Maps
2100 Killebrew Drive, South Loop District, Bloomington, Minnesota, 55425, USA
+19528514040
Visit Website
Give us feedback

Pub, Restaurant, American, $$$
Facebook
Email
Twitter
Pinterest
Copy link
Share
Map View
Lively and hectic, Lucky’s 13 pub in Bloomington is a perfect American-style pub in which to watch the game with a burger and fries or bring the whole family on the weekend for a relaxed meal. As you would expect, there are always events going on in this bustling venue. From Sunday Funday, to St Patrick’s Day celebrations and even an annual golf tournament, there’s something for everyone. Lucky’s are particularly proud of their focus on creating a family atmosphere.
Open In Google Maps
1800 American Boulevard West, Penn-American, Bloomington, Minnesota, 55431, USA
+19524052213
Visit Website
Give us feedback

Parma 8200 is an upscale Italian restaurant based on the classic Italian tavern model. Previous diners have raved about the food on offer, even claiming that it’s the best Italian food they can find in the entire twin-cities area. High praise indeed, but with a clear focus on traditional artisan ingredients which you would find used in the parma restaurants on which it is based, it is clearly merited. This is a d’amico project, clearly evident in a clean, warm style which is, according to one magazine ‘evocative of a martini bar you’d find in Milan or Rome.’

As the name might suggest, Tucchi Benucch is an Italian-inspired restaurant which prides itself on good, honest food and excellent portion sizes. Located in the Mall of America, however, you might think this is a standard, run-of-the-mill mall restaurant, but not so. Tucchi Benucch goes above and beyond in their approach to food and emphasis on a romantic, friendly atmosphere which is just the ticket to relaxing after a hard day’s shopping.

Also located in the Mall of America, Twin City Grill prides itself on being different from the typical mall restaurant experience. Boasting a contemporary grill serving modern American food, a typical lunch might consist of crispy flatbreads or luscious salads, while the dinner menu provides a full range of sandwiches, ribs, steaks and plenty of sides. Gluten free requirements are also more than catered for, meaning everyone will leave contented.

Restaurant, American
Facebook
Email
Twitter
Pinterest
Copy link
Share
Map View
Wally’s has been serving Roast Beef since 1969 and is now firmly established as a Bloomington institution. Even if this is your first time in America, the nostalgia you will feel upon entering the shop will be instantly welcoming, thanks to the wave of seventies and eighties American films. This is ‘the place to eat roast beef in the twin-cities area’ according to one happy customer, and it’s easy to see why. Despite its long history, the method remains the same, a first roast of several hours, followed by a cure overnight ensures succulent meat, with only a light seasoning of spices added. Competing restaurant owners have been driven to distraction attempting to gain the blend, but it remains a closely guarded secret.
Open In Google Maps
8120 Penn Avenue South, Penn-American, Bloomington, Minnesota, 55431, USA
+19528844349
Visit Website
Give us feedback

Bar, Restaurant, Steakhouse, Seafood, American, $$$
Facebook
Email
Twitter
Pinterest
Copy link
Share
Map View
If you’ve just flown in to Bloomington and are in need of a delicious food, look no further, Woolley’s Steakhouse is just for you. Located across the interstate from the airport, Woolley’s offers gourmet fillets and steaks in a genteel, relaxed environment with live music is performed from the piano bar. Diners have consistently praised the delicacy and efficacy of the servers and the responsiveness at even the busiest times.
Open In Google Maps
7901 34th Avenue South, South Loop District, Bloomington, Minnesota, 55425, USA
+19528541010
Visit Website
Give us feedback

Restaurant, Chinese, Asian, Japanese, American, European, $$$
Facebook
Email
Twitter
Pinterest
Copy link
Share
Map View
On the surface, a Japanese and Chinese buffet restaurant may not seem eminently cultural, but ever since opening back in 2008, 98 Pounds has gathered a lot of online buzz for its excellent value food. Even if you don’t crave Asian food however, there are enough options to please even the pickiest eater, with American and European options available.
Open In Google Maps
824 West 98th Street, East Bloomington, Bloomington, Minnesota, 55420, USA
+19528811088
Visit Website
Give us feedback
Give us feedback