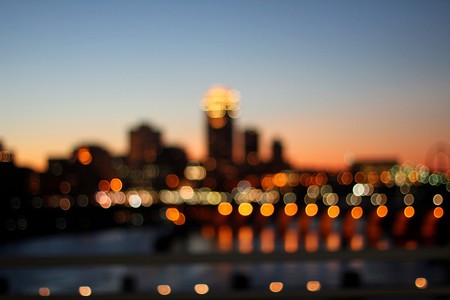 The bright lights of the Minneapolis skyline | © JFXie / Flickr

Minneapolis leaves a lasting impression on those who have to leave this beautiful city – there are so many noteworthy locales and experiences which residents will never forget. Though it’s hard to narrow down exactly what makes the “Mini Apple” so special, here’s a list of what people miss the most when they move away.

University of Minnesota students are the energetic focal point of the Dinkytown district, which is located right by campus in the Marcy-Holmes neighborhood of Minneapolis. It’s a trendy spot for socializing on weekends, when students fill the sidewalks up and down SE 4th Street as they travel between bustling bars and places to eat. Locals attend concerts at Varsity Theater, a hip, elegant venue with an intimate vibe, or have dinner at Loring Bar and Restaurant, which offers up creative eats, live music, dancing, and its famous homemade pastas. 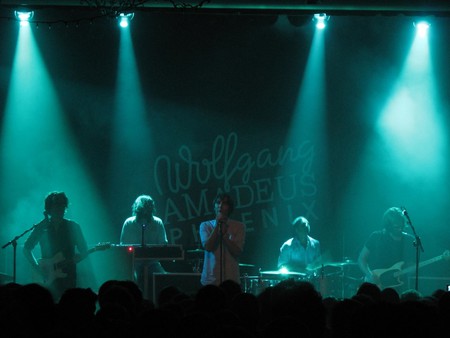 Phoenix Performing at the Varsity Theater in Minneapolis | © Chris Sullivan/Flickr

This Minneapolis district is a place young people go to see and be seen. Uptown is an energetic area crowded with modern restaurants, lively nightclubs, and busy shops – plus it’s right next to the “chain of lakes” which provide locals with ample outdoor recreation opportunities. Restaurants like Uptown Tavern & Rooftop and Libertine are happening spots, offering American fare and rooftop decks so people can fully enjoy Minnesota’s warmer months. 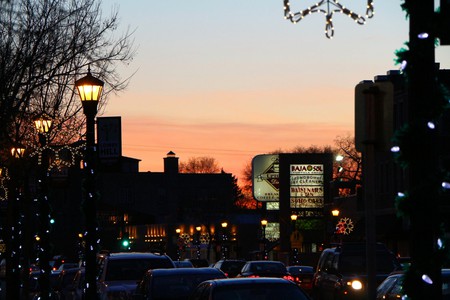 The literary scene in Minneapolis is spectacular. Book lovers who have left the Twin Cities often miss meandering through the tall shelves of independent bookstores and unkempt piles of novels and nonfiction. Places like Wild Rumpus and Once Upon a Crime are fan favorites. There’s also Open Book, an organization which hosts regular readings, performances, book signings, receptions, and more. 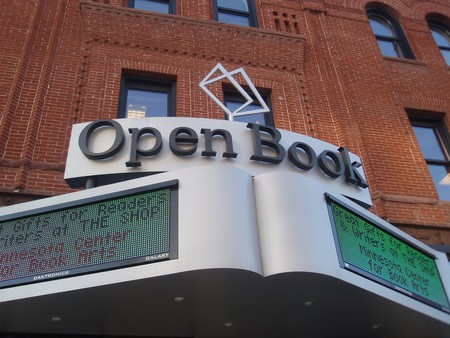 Many in Minneapolis choose to bike as a healthy, low-cost way to travel. Over the years, the Twin Cities has become very bike friendly – Minneapolis is ranked as one of the best biking cities in the country by Bicycling Magazine and Bike Scene. The city has 129 miles (208 km) of on-street bikeways and 97 miles (156 km) of off-street bikeways. There are also “Nice Ride” stations around Minneapolis where people can rent bikes 24/7 and return them to one of the 200+ locations in Minneapolis and St. Paul. 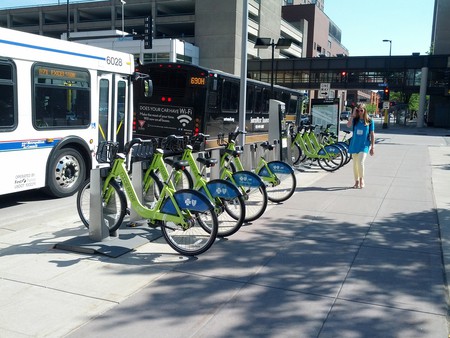 Fantastic coffee is necessary if you want to immerse yourself in the fun, fast-paced energy of Minneapolis. Leave the Twin Cities, and you’ll have cravings for your favorite coffee shop for years to come. Peace Coffee in Minneapolis is a sustainability-focused shop with great coffee and a cozy atmosphere – and one people talk about missing the most. Spyhouse Coffee is a local roaster and cafe with Instagram-worthy lattes. It’s a popular spot with residents. 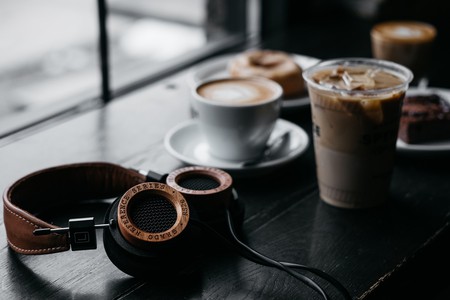 The Twin Cities are a Midwest music destination for fans of both established musicians and brand-new bands. First Avenue & 7th Street Entry is an extremely well-known rock-and-roll venue in downtown Minneapolis which brings in local and international acts in multiple genres. There’s also The Cedar Cultural Center, a local hub for music, history, culture, and community. 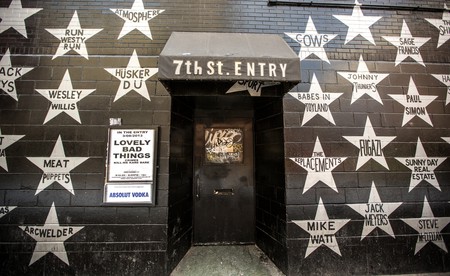 The food scene in Minneapolis is like no other. Here, you can enjoy everything from mouthwatering, Midwestern dishes to trendy international cuisine. There’s Spoon and Stable, a restaurant in the Warehouse District of Minneapolis that’s located in a vintage carriage house. It has a French-inspired menu and rustic-chic atmosphere. Then there’s The Bachelor Farmer, an eco-conscious cafe that serves local, organic products prepared as Nordic-influenced fare. Restaurants like these can make former residents’ mouths water in an instant. 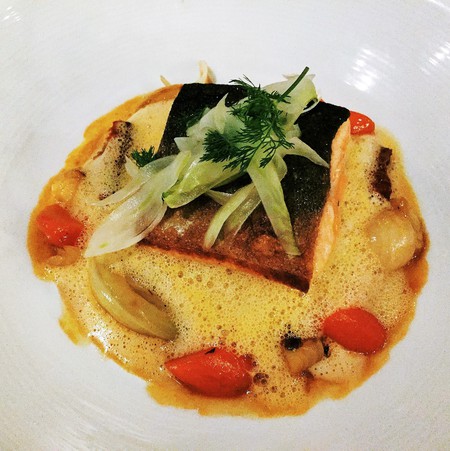 Artists gather in Minneapolis to seek inspiration and create exceptional works of art. Aside from obvious art spots like Minneapolis Institute of Arts and Walker Art Center, there are a number of unexpected stops where locals head to check out art made in Minnesota. Glam Doll Donuts serves unforgettable artisan donuts in a retro-cool space, and displays local art. There’s also Can Can Wonderland in neighboring St. Paul, an arts-based business where you can experience boozy milkshakes, cool mini-golf, polka dance and ping-pong battles. 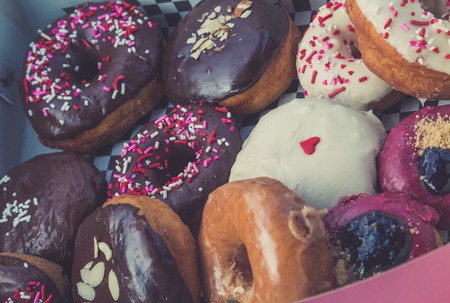 Public radio revelers simply adore Minnesota Public Radio. It’s one of the nation’s premier public radio organizations, reaching about one million listeners each week and broadcasting to 46 radio stations throughout Minnesota. Once locals leave, they often tune back in to MPR News, Classical MPR and The Current online. 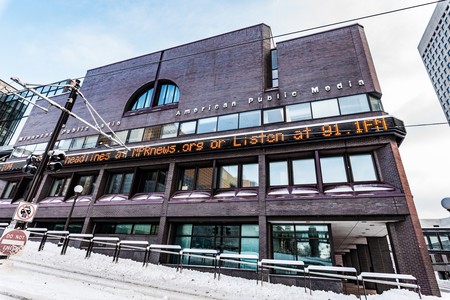 Whether residents prefer big box stores or streets lined with small, local shops, Minneapolis has abundant shopping opportunities located in distinct districts throughout the city. The shopping district 50th and France is a quaint area with charming cobblestone streets, and a favorite of local shoppers. Men who leave the Twin Cities often miss J. Novachis by Anthony, a men’s clothing store with high-quality clothes and accessories. Another popular neighborhood is the North Loop – one of the fastest growing in Minneapolis. Its cobblestone streets are edged with boutique retailers and funky shops, like Grethen House, which sells upscale clothing by cutting-edge designers. 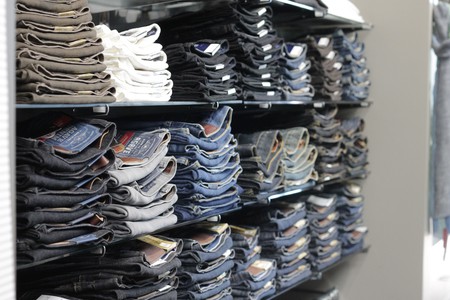 Denim at J. Novachis by Anthony in Minneapolis | © Robert Sheie/Flickr

Thrifters seeking fabulous finds flock to Minneapolis to search for hidden treasures. Sure, the city is home to standard thrift stores like Savers and Goodwill, but there’s also unique stops like Flamingos Divine Finds and Buffalo Exchange, which locals love. Flamingos has a funky collection of vintage furniture and home accessories – and it’s a spot that locals know is only open one weekend a month. Buffalo Exchange is a hip chain located in the heart of Uptown, and it sells vintage and used clothing. 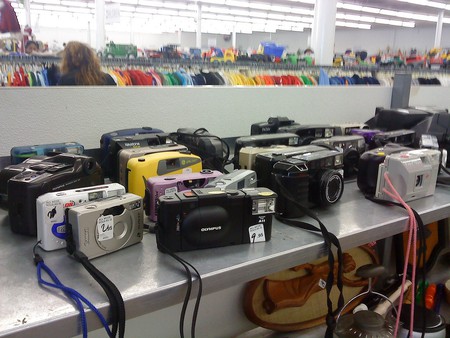 Soon-to-be hairstylists, estheticians, and massage therapists from across the nation attend Aveda Institute Minneapolis to receive innovative training on the latest industry trends and techniques. Its local campus is a fast-paced, stimulating environment – and a popular place for locals to get a $20 haircut or $18 manicure. Former residents are known for dropping by there for a low-cost, quality spa day while in town visiting with friends and family. 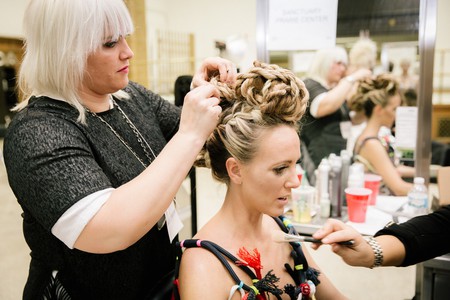 Catwalks for Water Hairstyles at the Aveda Institute | © Aveda Corporation/Flickr

Minneapolis is a melting pot with people from around the world moving here to experience the low cost of living and strong economy. U.S. Census Data shows that about 60% of the popular is white alone, and not Hispanic or Latino. That means the remaining estimated 40% consists of people from other races and cultures. Importantly, experts estimate more than 60,000 Somali-Americans reside in Minnesota. Midtown Global Market is a popular place to experience other cultures, with dining, shopping and educational opportunities. 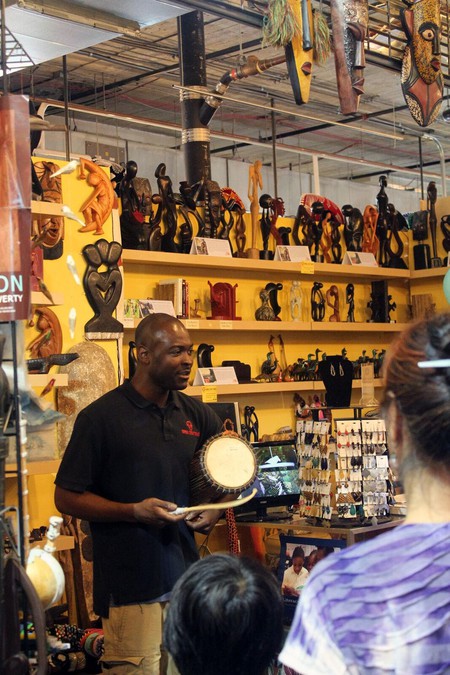 Midtown Global Market in Minneapolis | © Meet Minneapolis/Flickr
Give us feedback