The Top Best Beaches In Michigan

Why spend time and money flying to the Caribbean when there are crystal-clear waters in the heart of the Midwest? In fact, Michigan has the second largest state shoreline next to Alaska. With over 3,000 miles of beaches, the Great Lakes State is the best place to have a summer vacation in turquoise waters without the worries of sharks or salt. 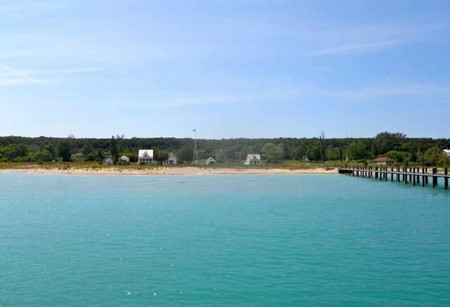 Enjoy your own island paradise in the midst of North Manitou’s turquoise blue waters. North Manitou Island is located on the outskirts of Traverse City, but with only ferry access to the island, visitors will feel like they have a private 20-mile shoreline all to their own. The island has remained uninhabited since the early 20th century. Visitors come to the island to backpack and camp in a select few primitive campsites along the perimeter. The east side of North Manitou has views of the Sleeping Bear Dunes on the mainland, while the west side encompasses rocky beaches with beautiful sunsets and colorful stones that feel soft under the toes. North Manitou is an enchanting island that provides an unforgettable experience for hikers and campers. 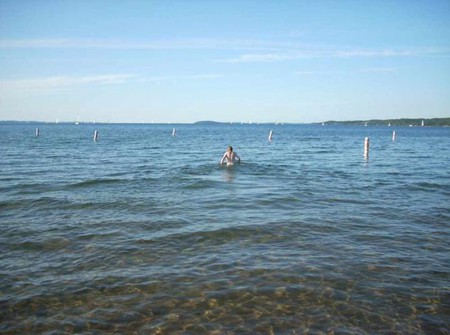 Traverse City is becoming a must-visit destination for visitors from across the nation. The town is nestled within the Grand Traverse Bay of Lake Michigan where the water is calmer but still has an irresistible blue hue. Public beaches are scattered throughout the city and some include Clinch Park, Traverse City State Park, Bryant Park, and East Bay Park. Each is full of numerous activities from boating, swimming, playing volleyball, and relaxing along the sandy shore. 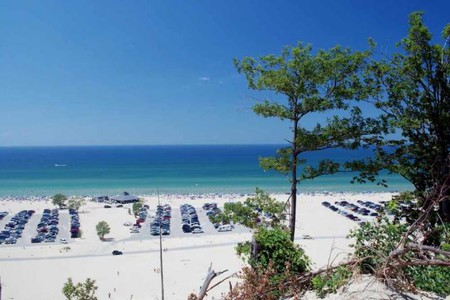 With three miles of shoreline, six miles of hiking trails, and over 1,952 acres of beaches, dunes, and forests, vacationers will rarely get bored in this beautiful park. The beach is located less than two hours from Chicago, Kalamazoo, and Indiana, making it the perfect destination for many vacationers. Without having to drive northward toward the Sleeping Bear Dunes, visitors can climb up large sandy dunes at Warren and gain incredible views of Lake Michigan from below. 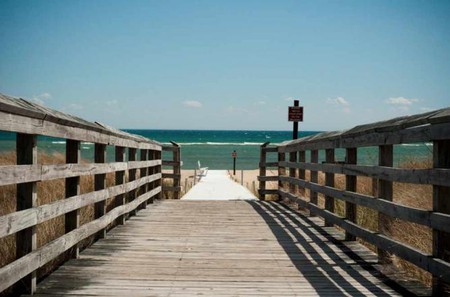 On the shores of Lake Huron, Tawas Point’s shallow waters, geography, and Victorian-era lighthouse have earned it the title of the “Cape Cod of the Midwest.” Tawas offers lighthouse tours, beach access, campsites, small cabins, and nature trails. Sailboats are a common sight in the waters since Tawas Point provides both turbulent exposed waters on the east side, and calm Tawas Bay waters on the west side. Visitors can walk along a beach covering over two miles of undeveloped shoreline. 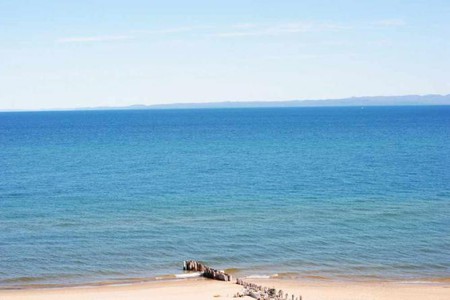 Whitefish Point is one of Michigan’s most northern beaches, located on Lake Superior in Michigan’s Upper Peninsula about two hours north of the Mackinaw bridge. Solitude is a common occurrence at this beach, where the turquoise and sapphire shades of Lake Superior look like a secluded Caribbean beach. The water is deceivingly cold and bitter, but swimmers who muster up the courage to plunge in won’t be disappointed by the invigorating feeling afterward. Whitefish Point is also home to the Great Lakes Shipwreck Museum and Lake Superior’s oldest lighthouse which was constructed in 1849. 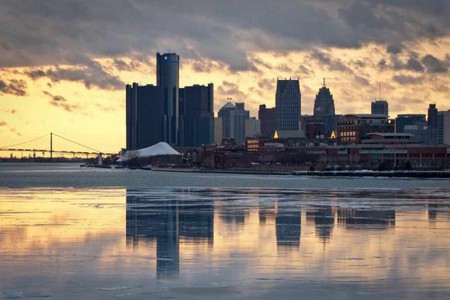 Belle Isle is a natural gem within the hustle and bustle of Detroit. The 985-acre island is found at the cusp of the Detroit River and Lake St. Clair. Detroit sightseers and locals flock to this getaway island to enjoy numerous attractions like the Dossin Great Lakes Museum, aquarium, zoo, golf course, lighthouse, and beach. The half-mile stretch of Belle Isle Beach is the only public beach and swimming area in Detroit and provides skyline views of the city.