Southfield is part of the largest city in the US state of Michigan. Once a great industrial powerhouse, Detroit has fallen on hard times in recent years. That said, the city’s cultural significance can be felt far and wide, across both the USA and the globe. Despite the recent downturn in fortunes, Southfield is turning a corner with increased investment to entice tourists. Read on for some of the best restaurants in town. 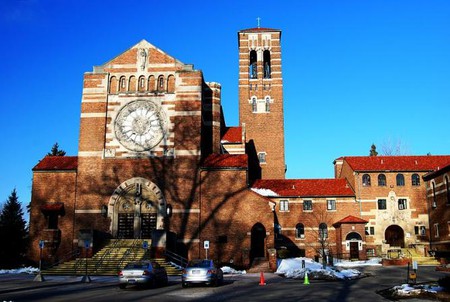 Restaurant, American, $$$
Facebook
Email
Twitter
Pinterest
Copy link
Share
Map View
A famed local barbecue joint, Nikola’s is known throughout the whole of Southfield (and the wider Detroit area) for its chicken, ribs and cornbread. Plates come piled high with traditional Southern fare, while the team of restaurant staff provide the best in Southern hospitality – you’ll never feel as special as you do here. While the food is certainly the main event, Nikola’s is also known for its brilliant weekly jazz nights where a live band entertains the assembled diners. Dishes include slabs of pork ribs, beef brisket and chicken, as well as combinations with all manner of delicious seafood dishes.
Open In Google Maps
25225 Telegraph Road, Southfield, Michigan, 48033, USA
+12483554695
Visit Website
Visit Facebook page
Give us feedback

Bar, Cafe, Restaurant, American, $$$
Facebook
Email
Twitter
Pinterest
Copy link
Share
Map View
Sweet Lorraine’s Cafe & Bar specializes in traditional home cooking, with dishes served just like your mother used to make. The food is utterly delicious and provides guests with a real sense of comfort. Sweet Lorraine’s is one of Southfield’s most lauded restaurants, having won numerous prizes for both its menu and wine list. The restaurant first opened in 1980, exclusively serving Russian-style cheesecake. Over the next five years, the restaurant expanded to serve all manner of meals and small plates. These include maple cured salmon with pilaf rice, and vegetarian meatloaf with portobello mushroom gravy.
Open In Google Maps
29101 Greenfield Rd, Southfield, Michigan, 48076, USA
+12485595985
Visit Website
Give us feedback

Restaurant, Italian, $$$
Facebook
Email
Twitter
Pinterest
Copy link
Share
Map View
Bigalora is a pizza restaurant unlike others you might expect to find in America, serving traditional Roman style pizzas, where the bases are super thin and crispy. To achieve these beautiful bases, chef Luciano – Bigalora’s founder and owner since the 1950s – makes use of a traditional wood fired pizza oven. Luciano himself is a first generation immigrant to America, meaning that he has particularly strong ties to his native Italy, a fact that is reflected in his cooking. Dishes include a range of great white pizzas (without tomato sauce) and red pizzas. These come with all manner of toppings including a mushroom ragu or duck prosciutto.
Open In Google Maps
29110 Franklin Road, Southfield, Michigan, 48034, USA
+12487502442
Visit Website
Give us feedback

Specializing in African-American soul-food, Beans & Cornbread is a bustling bistro in the heart of the Southfield area. The walls of the restaurant are decorated with art and scenes from African-American history. Beans & Cornbread opened almost 20 years ago and has delighted guests with the magic combination of Southern hospitality and the sound of soft blues music. Main dishes include barbecue style rib tips, tangy barbecue baby-back ribs, and blacked catfish. These are all served with a variety of sides which – as well as the namesake of cornbread and beans – include candied sweet potato, collard greens, and macaroni and cheese.

Restaurant, Italian, $$$
Facebook
Email
Twitter
Pinterest
Copy link
Share
Map View
Bacco Ristorante is an upmarket, chic and contemporary Italian restaurant in Southfield, serving some of the best traditional fare available. Bacco Ristorante has been open since 2002 and now has a private dining option for those who are willing to pay that little bit extra. The restaurant is owned and operated by none other than the previously mentioned Luciana Del Signore –the man behind the incredibly popular Bigalora pizza restaurant. The food is, however, markedly different. Main meals at Bacco Ristorante include a Wagyu New York strip steak, duck meatballs with potatoes and greens, and stuffed quail.
Open In Google Maps
29410 Northwestern Highway, Southfield, Michigan, 48034, USA
+12483566600
Visit Website
Give us feedback

Cafe, Deli, Restaurant, American, $$$
Facebook
Email
Twitter
Pinterest
Copy link
Share
Map View
Unlike other restaurants mentioned here, the Star Delicatessen is a takeout only restaurant. Guests can order any number of delicious sandwich combinations at this great value cafe. The Star Delicatessen first opened in 1973, owned and operated by Sid and Rose Neuman, a husband and wife team. After Rose sadly died, Sid was joined by their son Harry, who has since helped to turn the Star into the landmark cafe that it is today. Deli items include all manner of meats, cheeses and fish, as well as sandwich options.
Open In Google Maps
24555 West 12 Mile Road, Southfield, Michigan, 48034, USA
+12483527377
Visit Website
Visit Facebook page
Give us feedback 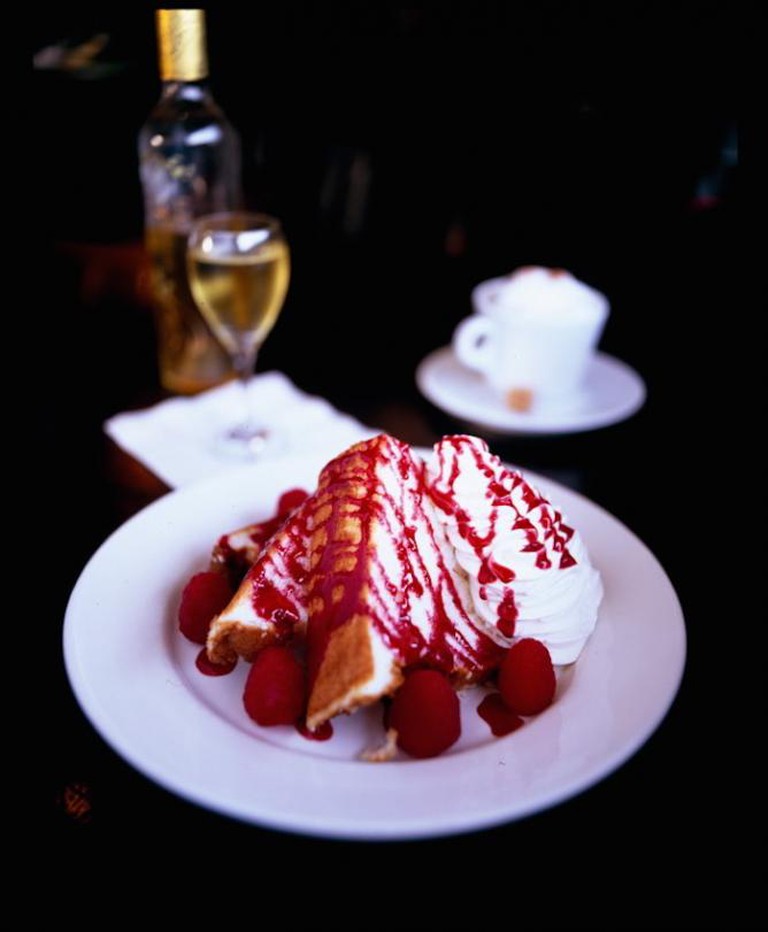 Wing Hong Restaurant, Southfield | © Courtesy Beverly Hills Grill
Describing itself as a cornerstone of the local Asian community, Wing Hong Chinese Restaurant serves visitors a choice of either dine-in or take-away dishes. While Chinese cuisine is famed for its strict traditions, this restaurant specializes in a number of modern interpretations of classic Chinese dishes, bringing them into the 21st century for modern diners. The menu boasts options that celebrate the flavors of Szechuan and Mandarin cooking, as well as an array of Cantonese dishes. Diners can expect lots of succulent barbecued or roasted meats, as well as crisp and sweet stir fried vegetables.
Open In Google Maps
18203 West 10 Mile Road, Southfield, Michigan, 48075, USA
+12485695527
Visit Website
Give us feedback

The Beverly Hills Grill has been serving discerning diners in Southfield for more than 25 years, dishing up an eclectic mix of contemporary and classical American cuisine. While situated in Michigan’s most iconic city, the Beverly Hills Grill is decorated with the cool chic expected of Californian establishments. The restaurant has won multiple awards, including the Hour Detroit Magazine’s ‘best brunch’ award from 2005 to 2013. The main dinner menu features starter dishes such as hoisin marinated beef tenderloin, and roasted cauliflower with whipped feta. Main dishes go on to showcase sautéed rainbow trout, kobe-beef meatloaf and panko-parmesan breaded turkey cutlets – dig in.

A rare sight (and site) in many cities, but one that is slowly increasing, is that of the Korean restaurant. A relative newcomer to the western dining scene, Korean food incorporates all of the charms of Japanese and Chinese food, as well as an impressive number of its own. Korean food is known for its spicy broths, thick noodles and meaty dishes, all of which are expertly served at The New Seoul Garden. Specialty dishes include bi-bim bap, a rice, vegetable and meat dish – often featuring a fried egg – that is suitable at any time of day. Add kimchi, a tangy side of pickled vegetables, and you’re good to go.

Restaurant, Seafood, $$$
Facebook
Email
Twitter
Pinterest
Copy link
Share
Map View
Decorated like a traditional English Country Inn – the kind you might expect to find in any number of British villages – Meriwether’s has a 30 year-old reputation for delivering delicious dishes in fantastic comfort. The restaurant is smartly and elegantly decorated, with white tablecloths and smart service staff all adding to the overall feel of the dining experience. The menu consists of fine dining options, all beautifully prepared in typical European style. Dishes include slow roasted prime rib with snow crab – a surf and turf unlike any other – and tarragon glazed Salmon, roasted on a plank of cedar wood with seasonal vegetables.
Open In Google Maps
25485 Telegraph Road, Southfield, Michigan, 48033, USA
Visit Website
Visit Facebook page
Give us feedback
Give us feedback