This Surprising U.S. City Was Just Named the No. 2 City to Visit in the World 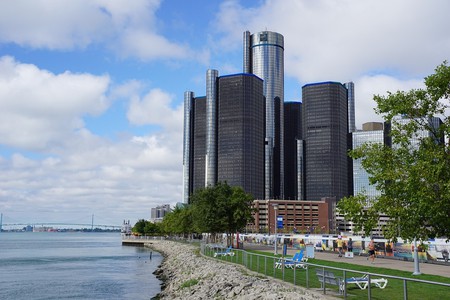 While the city was once flush with cash as the capital of America’s booming auto industry, it fell on hard times with the decline of manufacturing jobs and filed for the largest municipal bankruptcy filing in U.S. history in 2013.

But having to rebuild from scratch gave Detroit something of a blank canvas from which to create its contemporary new self. The city has turned abandoned old factories into coffee shops, galleries, and distilleries, from which the city’s young creative classes are turning out art and ideas at a rapid clip.

The city has more than enough to keep a visitor busy and impressed over a long weekend. Design buffs should visit the Fisher Building, a gorgeous Art Deco skyscraper made of over 40 types of marble. The fashion-conscious should check out the headquarters of hot fashion brand Shinola, which turns out watches, bicycles, and leather goods from a Midtown warehouse that are now sold all over the world.

The city’s marquee museum, the Detroit Institute of Art, was saved from being sold at auction by private citizens. Its collection of masters, such as Caravaggio, Degas, and Van Gogh, is now a private nonprofit, and a destination worthy of any art enthusiast.

Liquor enthusiasts should take a trip to the Detroit City Distillery, which makes its own small-batch whiskey, gin, and vodka out of a former ice cream factory. Visitors will find some of the best food in the city at Wright & Company, which sits in an old diamond shop with a starburst tin ceiling and crystal chandelier, and serves up the likes of duck liver mousse and pork belly brioche. 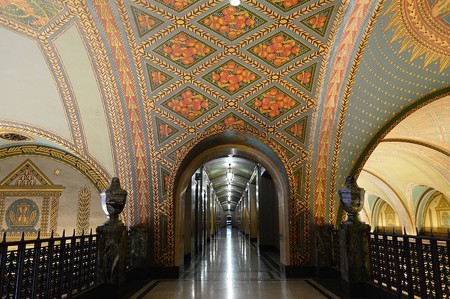 When it comes time to work off dinner and drinks, Detroit’s waterfront has been named one of the best city walks in the world. Three new parks along the riverfront are in development, along with several hotels, one rising out of what was once a wig shop and the other from an abandoned parking lot.

The city is investing in its infrastructure, including the city’s QLine streetcar, which will offer access to many of these spots, and a bike-share program.

So you might want to book a ticket to Detroit soon so that you can say you knew the city before it became the London of the Midwest.