This Michigan City Has the Only UNESCO City of Design Status in the U.S. 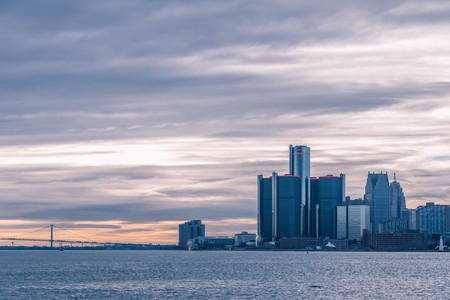 Detroit is the U.S.’s only city of design | © Alex Brisbey / Unsplash

Detroit is officially the foremost city for design in the U.S., at least according to the United Nations Educational, Scientific and Cultural Organization (UNESCO). In 2015, it became the first and only U.S. city to receive the “City of Design” designation from UNESCO, recognizing its heritage of design, innovation and creativity and its commitment to fostering these industries going forward.

The UNESCO Creative Cities Network (UCCN) was founded in 2004 to bring together the world’s premier creative hubs. Over the subsequent 14 years, 180 cities have joined the network across its seven creative fields: Crafts & Folk Art, Design, Film, Gastronomy, Literature, Music, and Media Arts. There are 23 design cities in total, including Beijing, Berlin, and Istanbul, and though the Motor City is the only U.S. design city, there are other American cities featured in the other fields, such as Austin in Media Arts, Kansas City for Music, and Tucson for Gastronomy.

Proud to have represented #detcityofdesign for the US #CreativeCities reception earlier this week. Detroit is one of six US cities in the network along with Paducah and Sante Fe (Crafts and Folk Art), Iowa City (literature), Tucson (gastronomy) and Austin (Media Arts). Still proud to be the one and only #CityofDesign! / #UNESCO

Joining the UCCN is not just for recognition, however; it’s a commitment to becoming an active member of the international creative community and to placing creativity and cultural industries at the heart of a city’s plans. Detroit’s petition to join the network was the work of the nonprofit organization Design Core Detroit, once known as the Detroit Creative Corridor Center (DC3), and it remains responsible for the ongoing work that comes along with the prestigious designation.

We had an incredible week in Shenzhen, China for the #SDAY – Shenzhen Design Awards for Young Talent. Not only did we get a chance to learn about another culture in the #creativecitiesnetwork and see their impact on design but we also got to cheer on @vizuvlgvds as he claimed his award and made new friends from all over the world. Check our highlighted Shenzhen story on our profile to see the entire trip from start to finish!

One such effort has seen the Detroit Design Festival—one of the city’s design gems that has regularly attracted hundreds of the world’s top designers over its seven-year history—rebranded and expanded as Detroit Month of Design, to take place for the first time in September 2018.

Alongside the festival and the work of Design Core Detroit, Detroit’s design legacy brings millions of visitors to the city each year for its historical and present-day automotive sites, thriving art scene, its beautiful Art Deco buildings and through hosting the International Auto Show.