The World’s Largest Christmas Store Is in Frankenmuth, Michigan 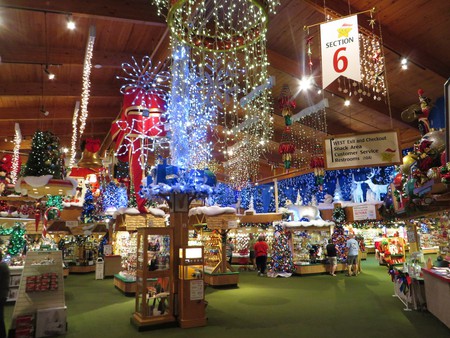 It may be January, with Christmas as far away as it can be, but for fans of the holiday season, it may also be comforting to know that in central Michigan, in the world’s largest Christmas store, it’s Christmas 361 days a year.

In the small town of Frankenmuth, population 5,131 as of 2016, you can experience a small piece of Bavaria in the heart of Michigan. Settled by German immigrants in the mid-19th century, the town’s German, and particularly Bavarian, heritage and culture has been preserved, and this draws over three million visitors a year.

One of the main attractions is Bronner’s CHRISTmas Wonderland, the world’s largest Christmas store, where every festive item imaginable can be found throughout its huge 2.2-acre building. Started in 1945 by “Mr. Christmas” Wally Bronner, the store had three previous locations before moving to its current home in 1977, with extensions in the early ’90s and ’00s bringing it to its present size, which equals nearly two football fields. The lane built to access the site was appropriately titled Christmas Lane.

A native of Frankenmuth, Wally grew the store from a sign-painting business he started at the age of 16. Despite handing the company down to his children in 1998, Wally never retired and was a fixture in the store “on days that end in ‘y’” until his passing in 2008. 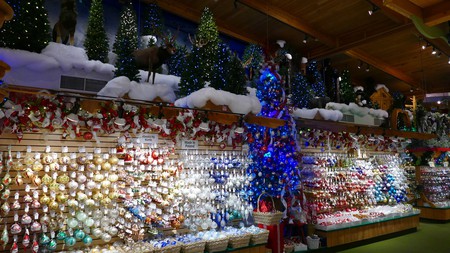 8,000 styles of ornaments are sold at Bronner’s | © Mark Cameron/Flickr

Over 50,000 items from more than 70 countries can be found at Bronner’s, including a large number of exclusive gifts and decorations, and 100,000 ornaments are personalized each year. The showroom has over 350 decorated trees, while the program center displays the Bronner family’s personal collection of vintage ornaments and decorations, including more than 500 nativity scenes.

The site also includes the Bronner’s Silent Night Memorial Chapel, a replica of a chapel in Austria where “Silent Night” was first sung on Christmas Eve in 1818. 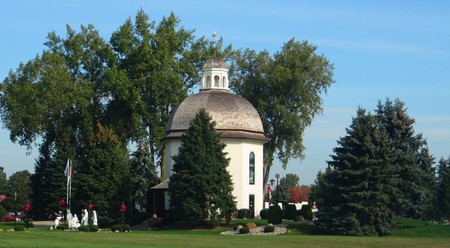 All of that, combined with over 100,000 lights that illuminate Christmas Lane every night from dusk to midnight, results in an electric bill that averages $1,250.00 every single day.