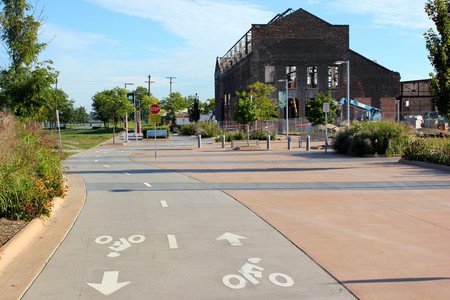 It may be famous for cars, but Detroit is as great to explore on two wheels as it is on four. From where to get hold of a bike to the best places to ride in the city and Metro Detroit, this is our guide to cycling in Motor City.

If you don’t own a bike, Detroit launched its own city-wide bike share scheme in 2017. MoGo has 43 stations in 10 neighborhoods, with 430 bikes in total, and different pass options depending on whether you’re in town for the day, for a month or if you live in the city. The downside is the scheme is designed for short-term use, and you’ll pay additional charges to use a bike for longer than 30 minutes.

If you are planning a longer ride or require a more serious selection, then Wheelhouse Detroit is a long-standing and popular option for not only renting but buying a bike too. With locations in Hamtramck and on the riverfront, they also offer group rentals, guided bike tours, and bike services. The riverfront location is only open seasonally, but look out for their list of Detroit bike rides you can join.

Detroit isn’t thought of as a green city, but it actually has a city park that’s larger than New York’s Central Park and is perfect for cycling around. At 982 acres, Belle Isle Park is the largest city-owned island park in the United States, and its position on the Detroit River makes it perfectly placed to enjoy some of the best views of the city. The island also has plenty of attractions of its own, including the James Scott Memorial Fountain and the Dossin Great Lakes Museum. 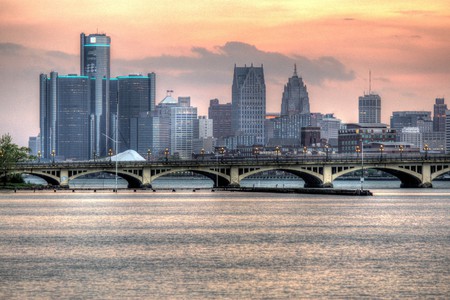 Transforming Detroit’s riverfront has been a long-term project, but the east riverfront now attracts approximately three million visitors each year, with various parks, plazas, and other attractions all connected by the 3.5-mile (5.6-kilometer) RiverWalk, which runs by the Joe Louis Arena to Gabriel Richard Park. It’s perfect for cycling, with plenty to see and easy connections to other trails including Belle Isle and the Dequindre Cut. 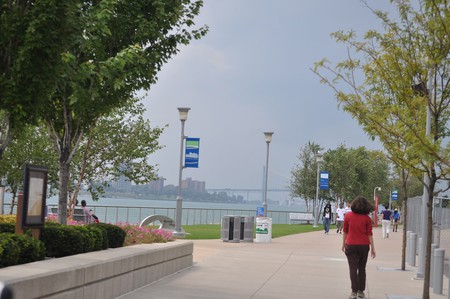 Another transformation project in the city saw the development of the Dequindre Cut Greenway, which opened in 2009 and was extended in 2016. The former Grand Trunk Railroad line runs from Mack Avenue in Eastern Market to Atwater Street just north of the riverfront and features a separate lane for cycling, as well as artwork and graffiti to enjoy.

The massive Stony Creek Metropark is over 4,000 acres, including the 500-acre Stony Creek Lake, with woodlands, wetlands, and tallgrass prairies to ride through. There are a number of trail options, with a 6.1-mile (9.8-kilometer) paved trail circling the lake as well as 14 miles (22.5 kilometers) of hilly dirt trails for mountain bikers.

Heading out into Metro Detroit, the West Bloomfield Trail is another former railroad that has been converted into a recreational trail. The scenic seven-mile (11.2-kilometer) route takes in a number of lakes and parks, and it is connected to other paths at both ends should you want a longer ride.

For fans of mountain biking, Rouge Park in Warrendale, west of the city, has a challenging trail that winds around forests, woods, and the Rouge River. The singletrack trail is a three-mile (4.8-kilometer) loop, running clockwise from Joy Rd. As urban trails go, this one feels pretty wild and has plenty of scenery to enjoy.