The Most Spectacular Places to Cycle in Ann Arbor, Michigan 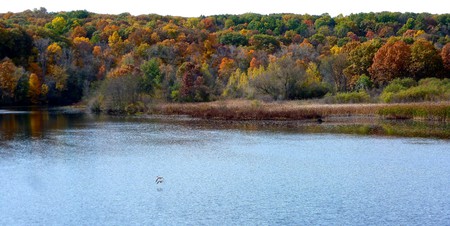 As a progressive college town, ​Ann Arbor is unsurprisingly a bicycle-friendly city, with ​79 ​miles of bike lanes and over 900 bike parking spaces in its downtown area. Visitors looking for more than just getting from point A to point B should also consider places beyond the city. The surrounding region is great for scenic riding, with plenty of trails, parks and other green spaces to explore.

Ann Arbor sits in the middle of this 20-mile scenic trail, which leads from one border of Washtenaw County to another. The trail starts in the Hudson Mills Metropark, taking you through Dexter, Ann Arbor and finally Ypsilanti, ending in North Hydro Park. The trail is made up of asphalt, boardwalk and crushed stone.

Hudson Mills Metropark is located only 12 miles northwest of Ann Arbor, and features picturesque rapids on the Huron River as well as a three-mile paved loop trail for cycling. It also has bike rental available between Memorial Day and Labor Day.

The largest state park in the Lower Peninsula of Michigan is only a 30-minute drive west of Ann Arbor. Across its more than 20,000 acres, the Waterloo State Recreation Area has 10 miles of trails designed specifically for mountain biking, including the Green Lake and Big Kame loops. Find the trails in the northeast of the park off M-52. 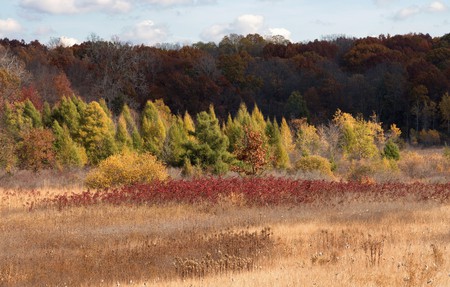 If you’re into mountain biking, you don’t have to travel that far from the city. Olson Park has a number of trails designed specifically for it only a short distance from Ann Arbor. The site of the 54-acre park used to be a gravel quarry and now contains woods, wetlands and a large pond, as well as the trails, which are suitable for beginners and moderately experienced riders.

What a nice after school ride to end the day!

Also northwest of the city is the Lakelands Trail, which follows a section of the former Michigan Air Line Railroad for 26 miles from Munith to Hamburg. The quality of the trail varies in places and it is also used by horses, so be wary of bumps and potholes. Plans to extend it all the way to Jackson are still scheduled for the future.

Another glorious day for some gravel!! Stoked to get back to Wisco and try out the 48 mile gravel loop that's almost in my backyard!! . . . . #cyclinglife #cyclocross #gravelgrinding #iamspecialized #specializedcrux

A series of three metroparks within a short drive of Ann Arbor are connected by a paved bike trail which runs for 15 miles. Lower Huron, Willow and Oakwoods have a combined area of nearly 5,000 acres, centred around the beautiful Huron River. If you’re not done after 15 miles, you can cycle through Flat Rock and into the Lake Erie Metropark, creating a 23.75-mile trail in total.