The Greatest Concerts in Detroit History 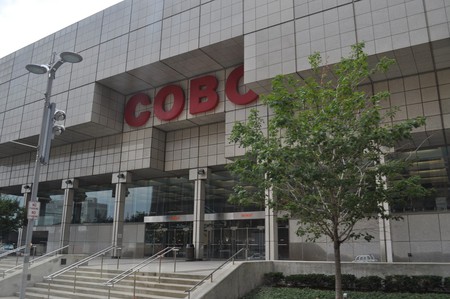 Over the last 60 years, Detroit has seen its fair share of seismic rock concerts. From world record breaking attendances and the recording of famous live albums, to hometown heroes and early shows from legendary artists, Detroit Rock City has seen it all.

On their first American tour at the height of Beatlemania, the Fab Four played at Olympia Stadium, the home of the Detroit Red Wings, in September 1964. Their set list, though barely audible over thousands of screaming fans, included She Loves You, I Want To Hold Your Hand and A Hard Day’s Night. They returned to Detroit to play two more dates at the Olympia in 1966 on what turned out to be their final tour.

The Queen of Soul began her career singing gospel in Detroit, and after her rise to prominence with Atlantic Records, her show at Cobo Hall in February 1968 was seen as a momentous homecoming, with the mayor declaring it “Aretha Franklin Day.” If a concert can be judged by its audience, Martin Luther King, Jr. came to Detroit to see her perform.

Detroit native Bob Seger had been successful in his hometown for a while when he recorded the live album Live Bullet over two nights at Cobo Hall in 1975. Featuring his famous rendition of Nutbush City Limits, the album launched his career across the rest of the US.

Opened in 1975, the Pontiac Silverdome was the largest stadium in the NFL and a suitable setting for breaking attendance world records. The first concert held there was The Who in December 1975, which drew an audience of nearly 76,000 to record the largest indoor concert crowd ever.

The Who’s record didn’t last long though, as Led Zeppelin came to town just a year and a half later and set a new Guinness World Record for the largest audience for a single act show, packing in over 76,000 fans. In 2014, guitarist Jimmy Page recalled how surreal playing to such a large indoor crowd was, telling a Detroit radio station it was like something out of 2001: A Space Odyssey.

Such was Cobo Hall’s reputation at the time, Kiss chose to record part of their seminal live album Alive! there in May 1975. The following January, on the back of the success of Alive!, they returned for three triumphant sold out nights. The band later wrote Detroit Rock City, loosely inspired by the story of a fan who was killed on the way to one of their concerts, and a film of the same name was released in 1999 about four teenagers travelling to Detroit to see a Kiss concert in 1978.

Nirvana brought Nevermind to Detroit just a few weeks after its release, though it and its lead single Smells Like Teen Spirit were yet to explode. Their show at St Andrews Hall in October 1991 saw them play the majority of the album to a small crowd who have probably bragged about it ever since.

Before they were Detroit’s biggest rock export for an age, The White Stripes were playing raw and furious concerts all over Motor City. To mark the release of their third album, White Blood Cells, they played the album in full at the legendary Gold Dollar in June 2001. Jack White’s Third Man Records released a limited edition vinyl of the gig in 2017, alongside two other early Detroit performances.