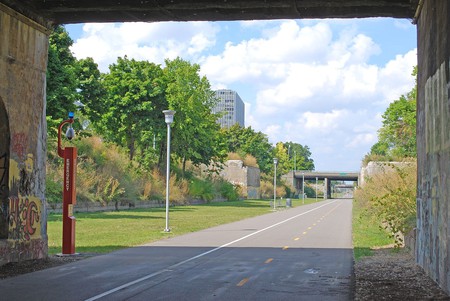 Offering everything from purpose-built urban recreational paths to rugged wilderness trails, there are plenty of places to go for a jog in and around the Motor City. So, when the long and harsh winter months are finally over, you have no more excuses now you know the best running routes in Detroit.

East of Downtown, Lake Shore Drive hugs the shore of Lake St Clair for nearly five miles through historic and picturesque Grosse Pointe. With amazing mansions on one side and the lake on the other, there’s plenty to see along the relatively flat road, with a gentle breeze off the lake to keep you cool in the summer months. 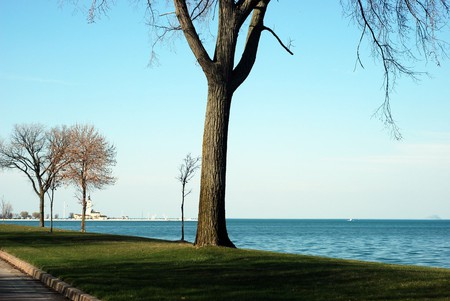 A city parks go, Rouge Park is huge, being around 40% larger than New York’s famous Central Park. It’s a great spot for runners due to its wide open space, clear trails and little to no crowds, with more than seven miles of paved routes and a number of trails across the its 1,000 acres. Options include the five mile loop trail or a run along the river that gives the park its name.

Question: What’s the largest park in #Detroit? If you guessed Belle Isle, you’d actually be wrong, The honor goes to Detroit’s Rouge Park located on the City’s West Side. The Park is roughly 1,300 acres in size, compared to Belle Isle’s 982. 📸: @3andathird

The second-largest park in Metro Detroit is Belle Isle, a very popular option due to its close proximity to the city. A six-mile paved trail loops around the perimeter of the 982-acre island, with its position on the Detroit River ensuring clear and fresh air to enjoy. If you want to drive and park on Belle Isle, you’ll need a Recreation Passport costing $11 a year, but if you walk or run onto the isle, you won’t have to pay. 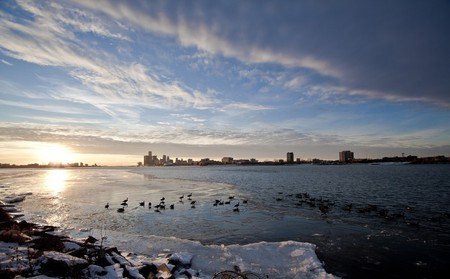 It may be called the RiverWalk, but don’t let that stop you running it. Connecting a number of parks and plazas for 3.5 miles of the redeveloped eastern riverfront, the RiverWalk is one Downtown’s best options for a shorter run. It can get crowded at peak times, but the majority of the time it’s a great place to run while enjoying views of the river, Belle Isle and Windsor, ON.

A post shared by Detroit RiverFront Conservancy (@detroitriverfront) on Nov 7, 2016 at 8:44am PST

Connected to the RiverWalk where it joins Atwater St near to the Milliken State Park Lighthouse, the Dequindre Cut offers another 1.8 miles of recreational path for you to continue your run north into the city. The former railroad corridor was converted into an urban greenway in 2009 and extended to its current length in 2016.

Another converted railroad corridor, the Paint Creek Trail is a 8.9 mile linear park, running northwest from Rochester up to Lake Orion. The first such rail-to-trail in Michigan, it opened in 1983 and has been popular with runners and cyclists ever since. There are a number of parking options along the trail so you can determine the length of your run.

☀️ #PaintCreekTrail is a beautiful 8.9 mile walking path from #Rochester to #LakeOrion #Michigan. 🍂 It’s perfect for #biking 🚴‍♀️ or #jogging 🏃🏿 or even #naturephotography 📷 on a crisp #autumn day. 🍁

Too far out of the city to use regularly but for a once in a while, rough and ready run then the trails at Island Lake State Recreation Area certainly bring a different challenge. Split into two connecting loops, one five miles long and the other nine, the dirt trails take you up and down through woodlands and open fields and around various creeks and the Huron River.