The Best Hotels to Book in Romulus, Michigan 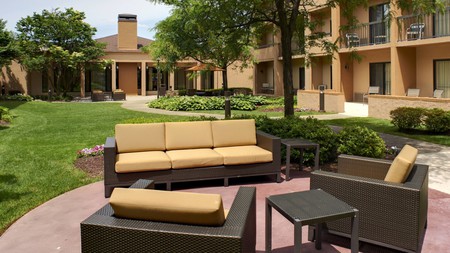 Detroit may be Motor City, but suburban Romulus is just a travelator’s distance away from the arrivals hall of Detroit Metro Airport. Only a half-hour drive stands between you and Motown when you choose a hotel in Romulus – but don’t skip the suburbs without exploring the riverside parks, historical landmarks and soulful local restaurants when you stay at one of these hand-picked hotels in Romulus – bookable on Culture Trip. 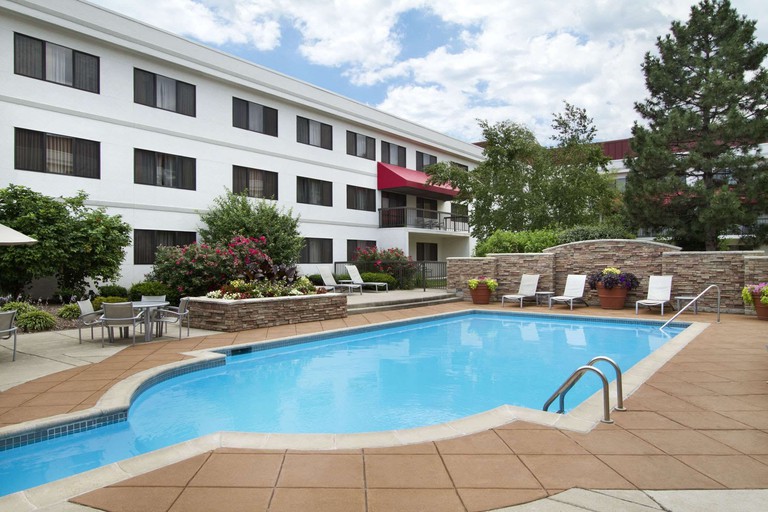 The 24-hour airport shuttle to Embassy Suites is as reliable as a Detroit-made Shinola timepiece, and if you’re rolling in on an early-morning flight, make sure you drop the front desk a line so they can get your made-to-order breakfast ready for your arrival. Arriving as the sun sets over Motor City? Reception can offer complimentary light snacks and hard sips, to help get you ready for bed before you even unzip your luggage. 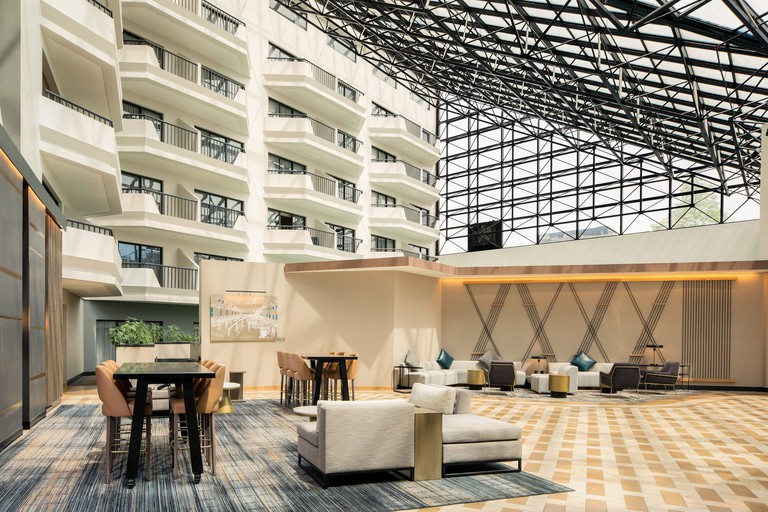 Skating into Detroit for a Red Wings game? The Sheraton Detroit Metro Airport puts you close to Little Caesars Arena, and saves you money getting to and from the airport. A complimentary shuttle service will get you to your guest room. Schedule a cab to the arena so you can ensure you’re near the ice before puck drop, but feel free to grab dinner at the Connections Lounge. 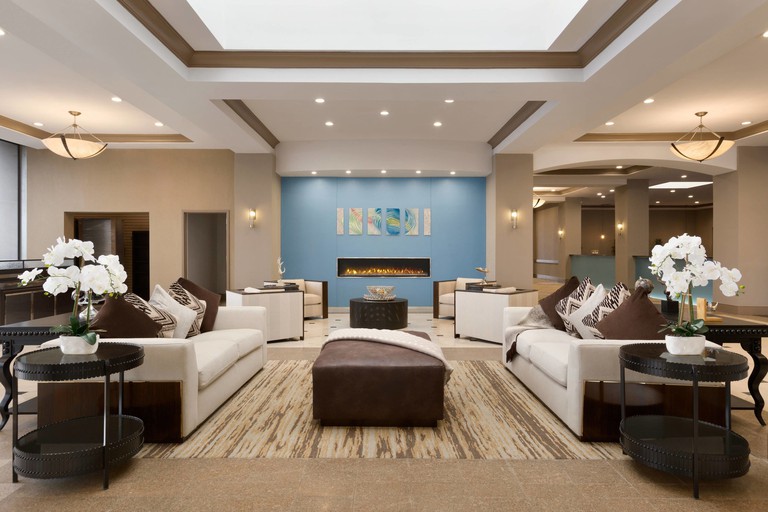 An extended stay in Motor City is made easy at Delta, where you’re just minutes away from airport and its car rental desks, should you fancy making the most of your layover. Just wait until you’ve processed those craft beers from the bar downstairs before jumping behind the wheel – the complimentary bottled water and Keurig coffee maker in your room should help. 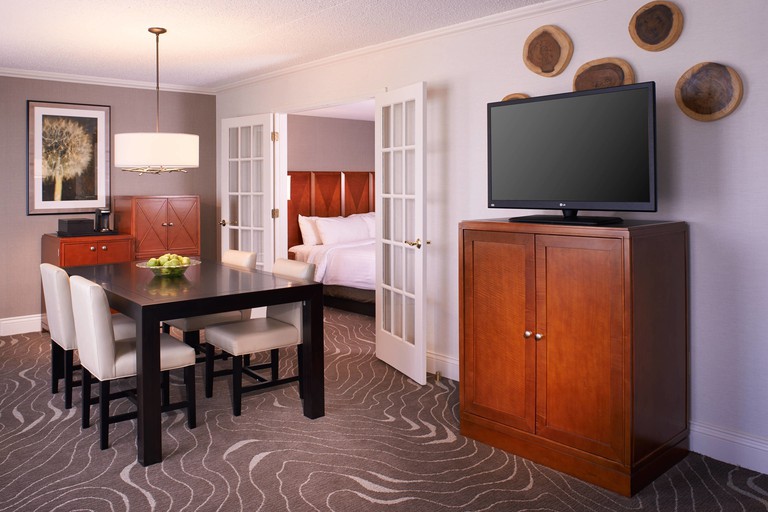 This Marriott may be close to downtown, but we also love its proximity to the city parks along the Huron River. Check your family into a double room and then hit the pool before bed. In the morning, a full American breakfast can be made to order, which may be a good idea if you and the little ones are planning to spend all day on the hiking trails of Oakwoods Metropark or riding bikes around Lower Huron Metropark. 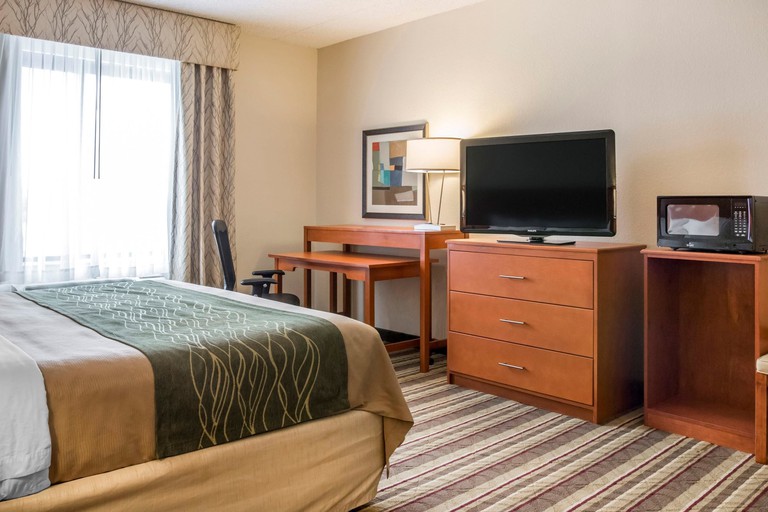 Comfort Inn is one of the best budget hotels in Romulus. What you save by filling up on the free hot breakfast will pay for your ticket to the Henry Ford Museum, while its location – right on I-94 – gets you to Greenfield Village in minutes, saving you gas money, even if the rental agency hooked you up with a great-looking guzzler. 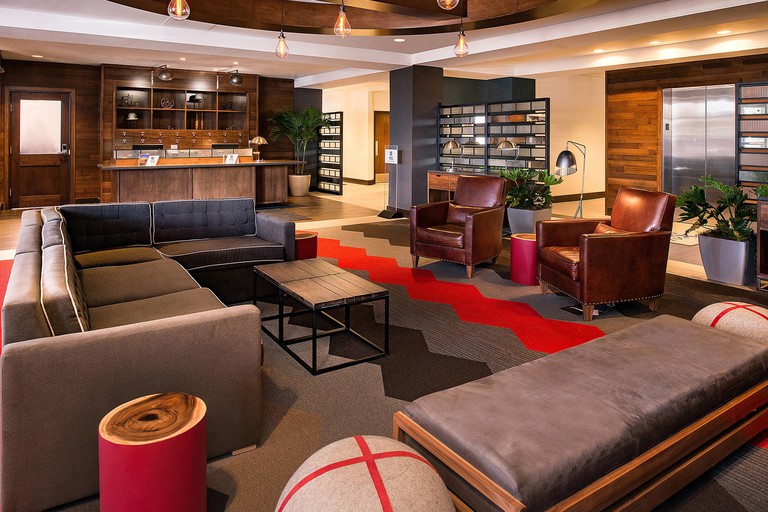 You can dance your way into Motown in minutes when you stay at Four Points, and a Cajun feast awaits down in the HopUnion Gastropub when you get hungry from all that toe-tapping. Hoping to get to the Motown Museum early? It’s as easy as 1-2-3 A-B-C, with a quick 20-minute drive – as long as no one’s dancing in the street. 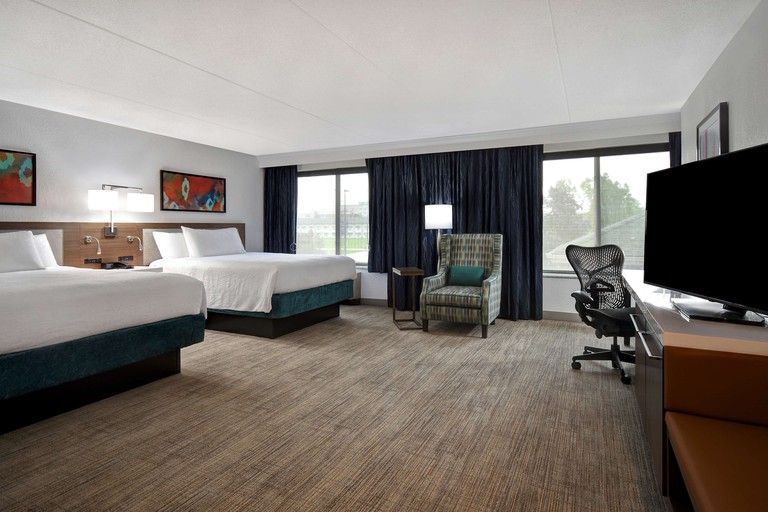 The Hilton Garden Inn is one of the best hotels in Romulus for sports fans. A free shuttle gets you to and from the airport, while a speedy ride share will get you down to Ford Field, Little Caesars Arena and Comerica Park within half an hour. Pre-game drinks and last-minute fantasy line-up tinkering? There’s a seat for you at the Garden Grille & Bar. Need a few late-night munchies to help you get over a nail-biting loss in overtime? The 24-7 snack shop has the pick-me-up you deserve. 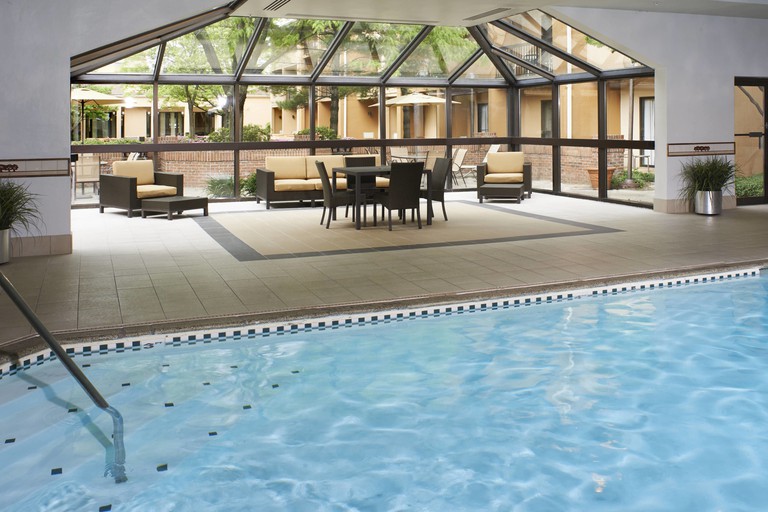 One thing we love about Courtyard by Marriott is that it’s equidistant from downtown Detroit and downtown Ann Arbor, offering you two city break opportunities. Check in and grab a Starbucks from the lobby to fuel you up for the half-hour drive. Should you check out the University of Michigan campus first, or the acclaimed Detroit Zoo? Best to think it over at the indoor pool.