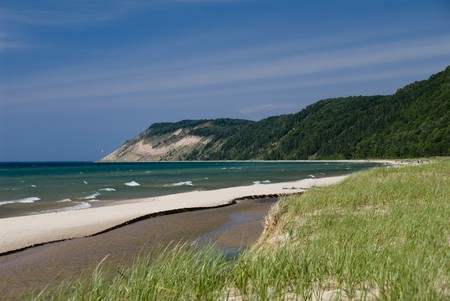 Michigan is so proud of its position at the heart of the Great Lakes that it claims the nicknames of the “Great Lakes State” and the “Water Wonderland.” Undoubtedly, some of the best things about Michigan are its coastlines, including the stunning sandy beaches along the eastern shore of its namesake lake. Here are our choices for the most beautiful beaches in West Michigan.

Part of the fun of Oval Beach is getting to it from the city of Saugatuck. So, ditch the car, and take the famous Saugatuck Chain Ferry over the Kalamazoo before trekking up and down the fun Mt. Baldhead Park Trail. Once you’re there, Oval has a beautiful stretch of sand as well as restrooms and a small food stand. It has been recognized as one of the country’s top beaches by everyone from Condé Nast Traveler and National Geographic to MTV. 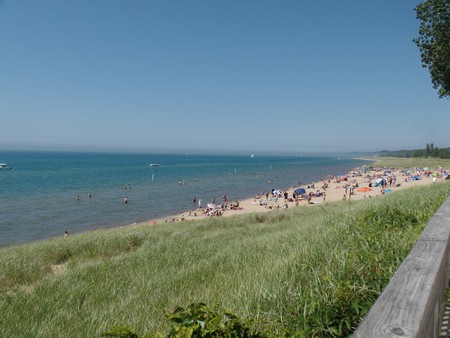 The Grand Haven State Park is a 48-acre park covered entirely by a sandy beach, and all of it fills up on warm summer days. Other attractions include the Grand River Boardwalk that leads from the center of the town out into Lake Michigan and the two historic, red lighthouses that sit on it. As a state park, it charges $9/day for out-of-state residents and $11/year for Michigan residents.

The Sleeping Bear National Lakeshore is one of America’s most incredible areas of outstanding natural beauty, and its 35 miles (56.3 kilometers) of coastline include many sand dunes and beaches. Glen Haven Beach lies next to the Cannery Boat Museum near Glen Arbor and offers views of the Manitou Islands and the remaining pilings from the old Glen Haven dock as well as beautiful golden sand.

North of where the Manistee River meets Lake Michigan, the soft sandy 5th Avenue Beach has a relatively new public beach house as well as all the facilities you want and free parking. There is also the Manistee North Pier for fishing and a picturesque lighthouse at the end, and it’s one of the few universally accessible beaches thanks to a new decked path.

South of the Sleeping Bear Dunes visitor center and the town of Empire, the Esch Road Beach is located at the mouth of Otter Creek, offering a quieter but equally beautiful alternative to those on the national lakeshore. It has a wildflower-covered bank, and the creek is perfect for wading in the summer. Parking is free along the access road, and there are bathroom facilities.

A few miles north of Saugatuck and Oval Beach is the more secluded Saugatuck Dunes State Park, which has two and a half miles (four kilometers) of shoreline and freshwater coastal dunes over 200 feet (60.9 meters) tall. Hike through the dunes, which are steep in places and rolling in others, or just relax on the sandy beach, which is accessed via a short hike, two-thirds of a mile, from the picnic and parking area.

In the small town of Leland on the Leelanau Peninsula, Hall Beach, or “Van’s Beach” as it is also known, is a short sandy shore but a favorite spot for locals to relax during the day or to watch a sunset at night. Located south of the Leland River, there’s a small parking lot and access to the beach from the trailhead on Cedar St. 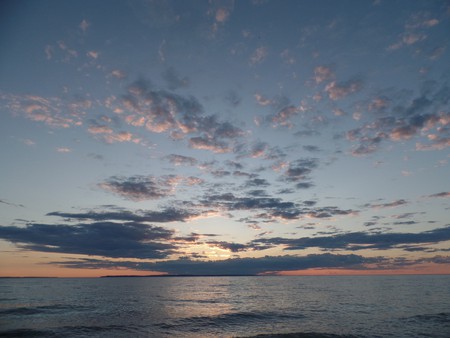