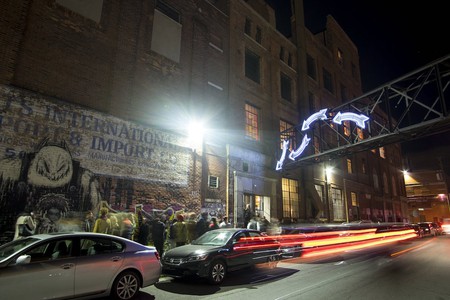 In the wake of Detroit’s 2013 financial crisis, Red Bull Arts Detroit is steadily fortifying the community by providing opportunities for emerging artists and presenting an ongoing program of exhibitions and events.

Detroit, Michigan was on its way to ruin when Red Bull launched its first arts initiative from the city’s Eastern Market neighborhood in 2011. The investment was a calculated risk, but local artist and curator Matt Eaton, who has a history of organizing art-centric revival projects, firmly took the helm as the project’s director. Backed by the world’s biggest energy drink corporation, Eaton set up shop in a former brewery on Winder Street and spearheaded a visionary art residency program that would evolve into Red Bull Arts Detroit. 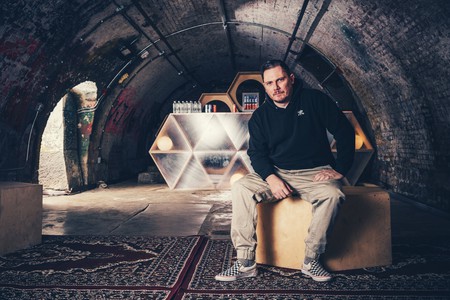 For the better part of eight years, Eaton has single-handedly searched for artists with compatible personalities and complementary approaches to their craft to take up three-and-a-half-month residencies at Red Bull Arts Detroit. Three times a year, he selects three artists to live and work on-site with the freedom to budget their individual grants of $12,000 from Red Bull. At the end of each residency, Eaton curates a group exhibition of their new work.

The final residency of 2018 merged the paths and practices of Los Angeles-based street artist and portraitist Jason Pulgarin; abstract artist Nathan Smith, also based in LA; and self-taught, New Jersey-based painter and digital artist Debbie Manville. New series by all three residents were on display until September 2 and resonated with one another from within the gallery’s sprawling exhibition space downstairs. 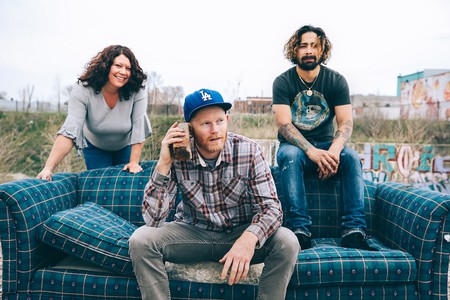 Nathan Smith’s monochrome abstractions play with gradients, shadows and light. His influences are broad, from Wildstyle graffiti to the work of Jean-Michel Basquiat, Frank Stella and Ed Ruscha. Smith tells Culture Trip that Red Bull Arts Detroit afforded him the rare opportunity to pour everything into his art. “For the past five years I have been neglecting my own practice to assist other artists,” he says. “This residency gave me the opportunity to focus on my own work and nothing else… It sounds simple, but it’s not easy for an artist to pursue his craft full time. This residency gave me the ability to create a cohesive body of work and a gallery to show it in.” 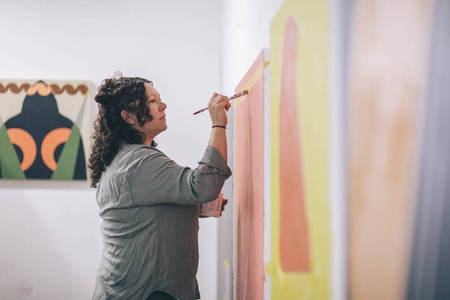 Debbie Manville’s mind-bending multicolored paintings reveal her unique lexicon of geometric shapes and lofty semiotics. “There’s an unlabeled genre which I refer to as ‘silent painting,’” she explains. “Breaking down definitions of abstraction, minimalism, modern art, conceptual art, design, graffiti and geometric art, I have yet to … define it completely except that to me, it looks like a silent piece of art.”

Jason Pulgarin, whose oeuvre spans street and fine art, forged a series of portraits depicting local figures in Detroit. “Throughout my time in Detroit, I watched a lot of George Condo and Peter Saul and Picasso documentaries, which influenced me to paint the working-class heroes of Detroit,” Pulgarin said. “Detroit … is an influential and inspiring playground to be in to get motivated. Everyone is about their craft in Detroit – doesn’t matter if you’re a dishwasher or a chef. Everyone does their job to the highest performance. Detroit hustles harder.” 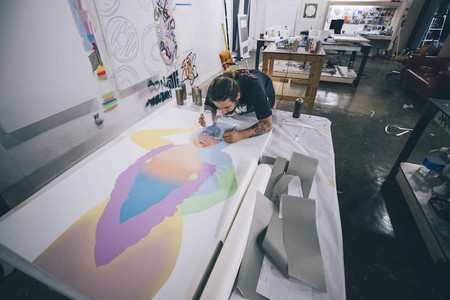 In 2019, the residency program will evolve with the appointment of a five-person selection committee tasked with choosing artists whose work not only fits the space, but positively impacts visitors. This is among Red Bull Arts Detroit’s primary considerations: how to build an authentic, self-sufficient, creatively driven community.

In the absence of a government-led department of cultural affairs, Red Bull Arts Detroit is the city’s most visible arts advocate in the wake of Detroit’s decline. In 2013, Detroit became the largest US city in history to file for Chapter 9 bankruptcy. The event marked a significant fall from grace; at the turn of the century, Detroit was the automotive industry’s epicenter and the seat of over 100 vehicle manufacturers including Ford, Chrysler and Cadillac.

The city’s booming economy beckoned migrants from around the country and worldwide. With the multinational communities they cultivated came the thunderous cultural capital that too defined Detroit. “Motor City” became “Motown,” named after the first African American-owned record label that popularized soul music in the 1960s and catapulted the likes of Stevie Wonder and Diana Ross to the staggering heights of stardom. 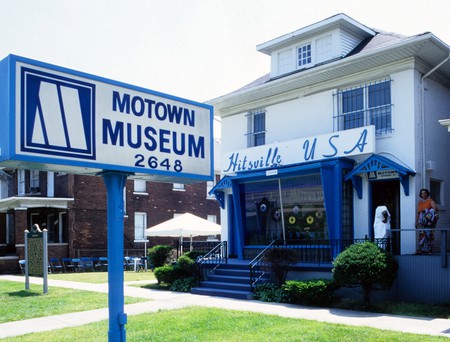 In the six decades that followed, Detroit’s population suffered a 60 percent decrease. Political greed and unchecked borrowing were among the complex factors responsible for the city’s downturn, but the mass exodus of a once healthy population rendered Detroit a near ghost town with high unemployment and severe crime rates.

Wander the streets of contemporary Detroit and it’s apparent that the days of Motor City and Motown are long gone, but culture survives in pockets – from local artist Tyree Guyton’s world-famous public art spectacle the Heidelberg Project to the historic Eastern Market neighborhood, where Red Bull instituted their inaugural exhibition space. 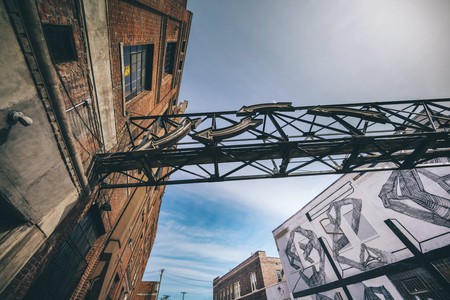 Red Bull has only invested in two art spaces so far – one in Detroit followed by Red Bull Arts New York – so the inevitable question is: why would Red Bull consciously invest in Detroit only two years before the city’s foreseeable collapse? “Why build yet another art space in Los Angeles or Miami?” Eaton counters. “So many of the people who relocate to the coasts in search of success are from smaller American towns and cities. Red Bull is taking a step to retain some of those people in their own communities. In a lot of ways, a place like Detroit is the land of opportunity on a smaller scale with less competition. What you do here can resonate – even nationally or globally. Detroit isn’t just the largest American city to file for bankruptcy.”

Red Bull Arts Detroit inevitably battles ongoing skepticism for its association with a corporate brand pushing the ever-contentious issue of gentrification, but with an approach of hands-off funding – through which Eaton is entrusted to understand the city’s art scene and know how best to serve it – Red Bull’s investment is in the longevity that Eaton endeavors to achieve.

“The artists don’t have to drink Red Bull or make art out of Red Bull cans,” Eaton assures. “We’re redefining corporate patronage. There’s a rich and wonderful history of funded support for artists. For lifetimes, artists survived via patrons and advocates of their work. We’re participating in a layer of arts and culture that’s genuine.”