Non-Touristy Things to Do in Detroit

Cranbrook Gardens | © Barbara Eckstein / Flickr
Many people would consider all of Detroit as non-touristy as it’s still a pretty unsung tourist destination. However, the city has plenty of places beyond touristy must-visits, such as the DIA and Motown. From the cultural and important to the fun and bizarre, here is just a handful.

Detroit’s Masonic Temple is a remarkable building with a fascinating history. It is the largest building of its kind in the world, built in 1926, and contains, among other things, several theaters, a chapel, two ballrooms, multiple large halls and more. As well as frequently hosting some of the world’s biggest music acts, guided tours are a regular occurrence, so it’s well worth a visit.

Tours of The Masonic are available on the first & third Sunday of every month. If that doesn’t work, our guides can work around your schedule! #TourTuesday

Fancy a paddle around the Detroit River or the city’s famous canals? Detroit River Sports has got you covered. Activities include a morning or sunset tour of the canals, which will pass by the various sights of the area, including the Fisher Mansion and Harbor Island, or trips out to Belle Isle and Peche Island for great views of the city.

Don’t let the name fool you; you won’t find Mickey and pals in Hamtramck. What you will find is a folk art installation constructed throughout the ’90s and beyond by late artist Dmytro Szylak. The project was a retirement hobby for the former GM worker, but over the years, it has gained international recognition. Hamtramck artist collective Hatch Art saved the project when Szylak passed away in 2015. 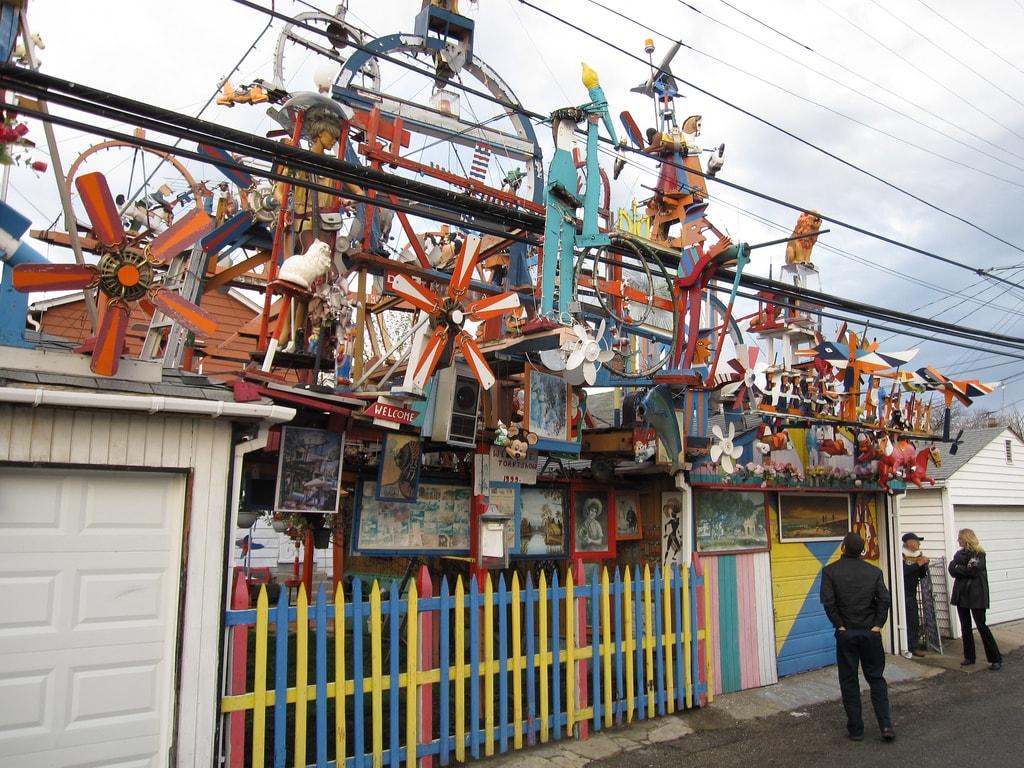 Off Woodward Avenue in Bloomfield Hills lies the campus of the Cranbrook Educational Community. Founded in the early 20th century, it has a public art museum and over 40 acres of gardens to explore, and its buildings and sculptures are the work of many world-renowned architects and artists. It was recognized as a National Historic Landmark in 1989, but it’s often a quiet spot to get away from the city. 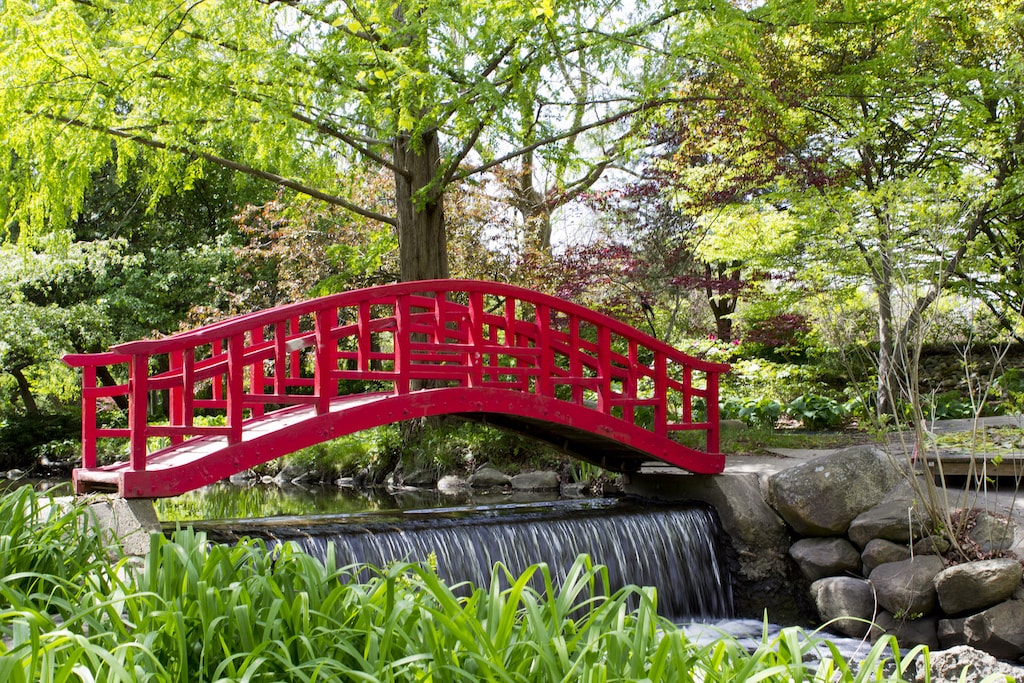 Another National Historic Landmark to check out is Pewabic, a ceramic design studio with more than a century of history and heritage. Founded by Mary Chase Perry Stratton in 1903, today it features permanent galleries of her work and ceramic art from around the country, as well as temporary exhibitions, events, guided tours, and hands-on workshops. It’s open seven days a week, and admission is free.

Our Home & Garden Show is now open! Join us today from 10-6 to see the newest ceramics, our annual Staff & Student Show, free tours of the pottery, and demos by visiting artist Pamela Timmons. Free and open to the public all weekend long with special events each day!

Store, Museum
The MBAD African Bead Museum was conceived and formed by Olayami Dabls as a “space for his community to understand the immense power of their African heritage.” Alongside beads to see and buy, you can find an array of African artifacts, sculptures, textiles, pottery, and 18 outdoor installations. The gallery is open Monday through Saturday from 12–7 pm.
More Info
Open In Google Maps
6559 Grand River Avenue, Detroit, Michigan, 48208, USA
+13138983007
View menu
Visit website
Visit Facebook page
Send an Email
Give us feedback

Fans of public art and murals should head to this non-touristy part of the city to see the Eight Mile Wall, or Birwood Wall, which was originally built to segregate an African-American community from a new white development. Local artists have covered a section of the wall with art depicting the Civil Rights Movement, African-American culture, and messages of peace and unity. It stands as a monument to both Detroit’s problems and its progress. 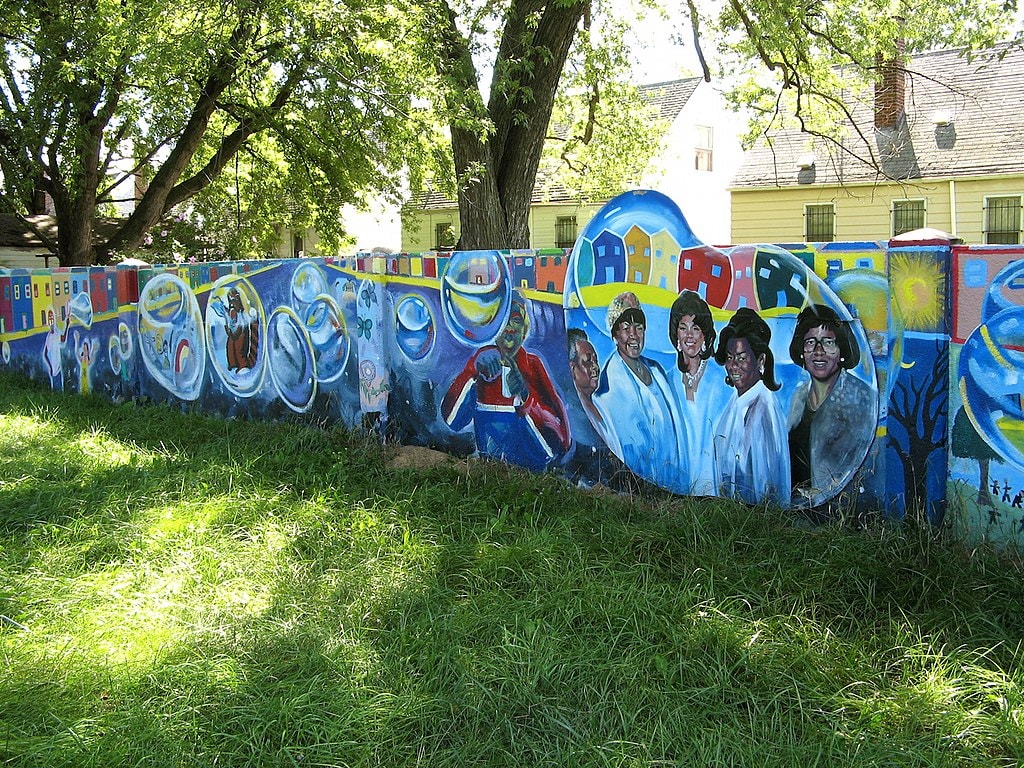 Museum
Arab American National Museum | © Knight Foundation / Flickr
The first and only museum in the U.S. devoted to Arab American history and culture is over in Dearborn and is well worth the trip. The permanent collection includes art, documents, personal papers, and photographs that illuminate the Arab American experience and is broken into galleries focused on coming to America, living in America, making an impact, and celebrating heritage.
More Info
Open In Google Maps
13624 Michigan Avenue, Dearborn, Michigan, 48126, USA
+13134292535
View menu
Visit website
Visit Facebook page
Send an Email
Give us feedback

The Scarab Club, founded in 1907 by Detroit’s early artistic community, has been in its current home since 1928. It hosts regular events including sketch sessions and live drawing, as well as talks, shows, and exhibitions dedicated to visual, literary, and performing arts. The second-floor lounge has a beam signed by such art world luminaries as Diego Rivera, Marcel Duchamp, and Norman Rockwell.

Inside a four-story, formerly abandoned Advance Glove factory lies a treasure chest for avid readers. Over one million titles are waiting to be perused, including a large selection of unique and rare books, collected over the past 50-plus years by the man himself, John K. King. The collection is uncomputerized, so don’t expect a quick search to find out if they have a title you’re after. 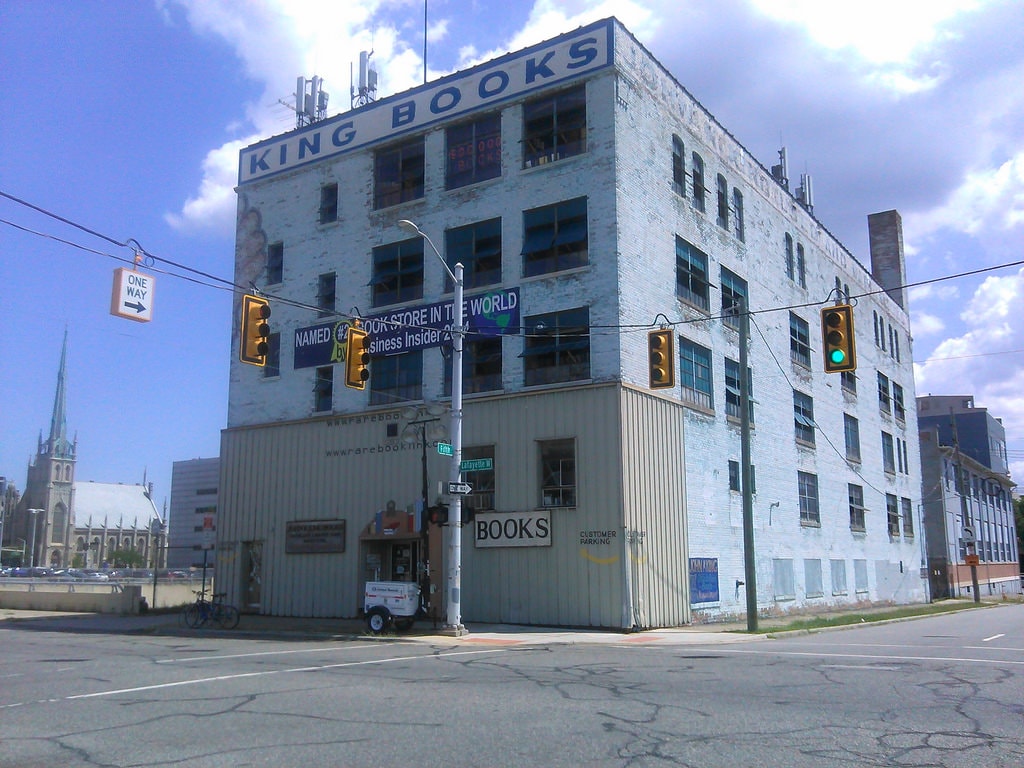 Assuming your passport is all in order, a pretty non-touristy thing to do in Detroit is to cross the river and check out Windsor, Ontario. Although it was called the “worst place on Earth” by Stephen Colbert, it is known for an excellent range of ethnic food, and if nothing else, there are pretty good views of Detroit from Windsor Sculpture Park.

Cemetery
Woodlawn Cemetery, located along Woodlawn between 7 and 8 Mile, was established in 1895 and is home to some of Detroit’s most recognized citizens. Notable burials include civil rights activist Rosa Parks, auto legends the Dodge brothers and Edsel Ford, members of prominent Motown groups including the Four Tops, the Temptations, and the Miracles, and even a commemorative cenotaph for Michael Jackson.
More Info
Open In Google Maps
19975 Woodward Avenue, Detroit, Michigan, 48203, USA
+13133680010
View menu
Visit website
Visit Facebook page
Send an Email
Give us feedback
Give us feedback