Why Does This Michigan Town Burn a 12-Foot Snowman Every Year? 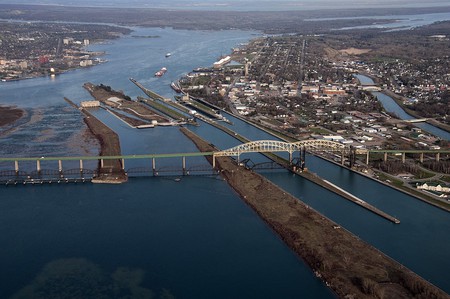 On Michigan’s Upper Peninsula, the winters can be long and brutal, and there’s definitely something to celebrate when spring finally arrives. At Lake Superior State University, they have a unique way to say sayonara to the winter, with a festival revolving around burning a massive snowman.

Lake Superior State University, which lies in the city of Sault Ste. Marie on the border with Canada, first burned a giant snowman in March 1971. The event was organized by the Unicorn Hunters, a former campus club, but inspired by the Rose Sunday Festival held in Germany, where a large snowman was burned by the mayor of the town if children were well behaved. Legend has it that the rising smoke from the fire will ward off blizzards and bring the return of spring-like weather.

The tradition caught the imagination of the people at the University and across the town, and it has taken place ever since, with students, alumni, locals, and visitors gathering to watch the snowman burn. There is also a parade, poetry readings, hot dogs, and more.

As for the unlucky snowman, it is typically 12 feet (3.6 meters) high and made from recycled paper, wood, and wire. Over the years, it has been a number of topical figures relevant to the time, such as a snow Ayatollah during the Iran hostage crisis, a “snow clone” in the ’80s, and a “snowperson” during women’s liberation in the ’70s.

The snowman burning takes place at high noon on the first day of spring, which occurs during March.