Michigan Is Home to the “Cherry Capital of the World” 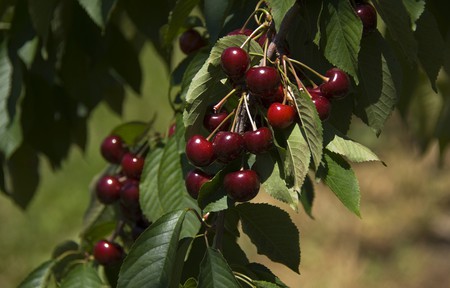 If you’ve ever been to northern Michigan, you’ll have noticed that cherries are pretty popular. For over 100 years, the Grand Traverse region of the state has blossomed with the delicious fruit to such an extent that its largest city, Traverse City, has claimed the nickname the “Cherry Capital of the World.” 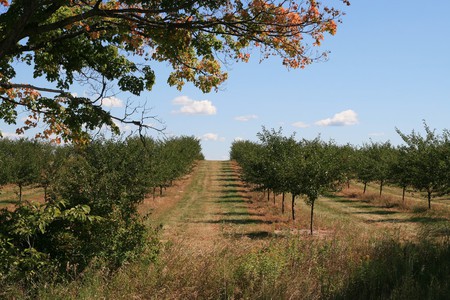 In 1852, a couple of centuries after cherries were first brought to the New World by early settlers, Presbyterian missionary Peter Dougherty planted the first cherry trees on the Old Mission Peninsula. Native farmers told Dougherty that fruit would not grow in the area. However, he persisted, and his orchard soon flourished. The region quickly became popular for producing cherries, with its sandy soil, rolling hills, and the cooling and heating effects of Lake Michigan in summer and winter actually providing ideal conditions for growing the fruit, conditions which have also led to a thriving wine industry in the region.

Ridgewood Farm, the area’s first commercial cherry orchard, was founded in 1893 not far from the site of Dougherty’s original orchard, and it didn’t take long for cherries to overtake other crops in the area. In order to increase tourism and capitalize on the beautiful scenery provided by the blooming cherry blossoms, the Blessing of the Blossoms Festival was launched in 1925, being renamed the National Cherry Festival in 1931. 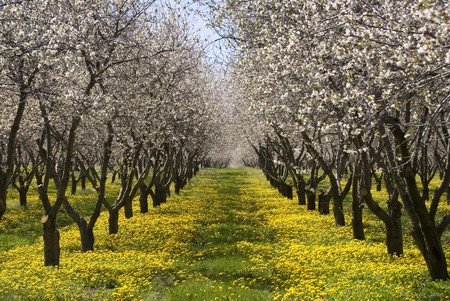 Nearly 100 years after it started, the National Cherry Festival is still going strong. It now takes place over eight days around the July 4th holiday, with around half a million visitors each year attending 150 different events, including parades, an airshow, cherry-based competitions like pit spitting, and the crowning of the Cherry Queen.

Michigan’s cherry industry remains equally successful, producing three quarters of the country’s tart cherries and 20% of the sweet cherry crop, approximately 300 million pounds worth in total, with the “Cherry Capital of the World” region accounting for 50% of Michigan’s tart cherry crop and 80% of its sweet cherry crop. If you find yourself in the Grand Traverse region in the summer, fresh sweet cherries can be picked at many farms and bought at roadside stands and local stores.