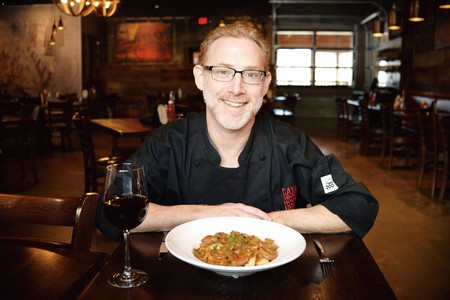 Over the past decade, the growth of Detroit’s culinary scene has played a key role in its wider resurgence, gaining national attention and bringing both talent and tourism to the city. The transformation of its reputation as a food destination has been built by passionate and hardworking people taking advantage of opportunities for experimentation not afforded in many big cities.

As the number of restaurants has exploded, so has their diversity, with a wide range of cuisines being served in an even wider range of environments. Chef Jeff Rose is a great example of the benefits of this experimental approach, having worked at many of the city’s top restaurants since moving to Michigan for college in the 1990s.

From working at the iconic and much-missed Tribute under Chef Takashi Yagihashi to running the kitchen at Motor City Casino’s Iridescence, working with Michael Symon at Roast, and finally at Toast in both Birmingham and Ferndale, Rose developed his skills in preparation for opening his own restaurant. With such experience and love for the city, the C.A.Y.A Smokehouse Grill (come as you are) is unsurprisingly a pretty typical Detroit idea, a combination of high-end barbecue and an attitude as relaxed as its name. We caught up with him to get his take on what sets the city’s food scene apart right now.

What attracted you to living and working in Detroit initially?

I originally came to Michigan to attend MSU. I loved it so much that I ended up staying!

Having worked at a number of top Detroit restaurants, what is your opinion of the city’s food scene?

The city’s food scene has grown immensely since I worked in Detroit 10 years ago. There are a hundred more restaurants now than when I was there. With the sports teams moving downtown as well as all the new companies, there’s been a ton of growth and a lot of new people visiting and supporting the restaurants. I’m glad to see Detroit is making such a huge comeback.

What are your favorite restaurants in the city at the moment?

When you decided to open your own place, what was it that made you choose barbecue?

I wanted a 40-seat French bistro restaurant, and my partner wanted a 200-seat barbecue restaurant. So, we met in the middle and created C.A.Y.A. Smokehouse Grill. I also lived in Texas for a year and a half and was exposed to a lot of barbecue restaurants. I thought I could do it better here with my own spin.

“Come as you are” seems like a very Detroit attitude. What was the thinking behind the name?

We wanted to create something approachable and comfortable and not too fancy. Our goal was to have a restaurant that would appeal to everyone. With our location, we get a lot of customers coming in the summertime off their boats after spending the day on the water. Or in the winter, people ride their snowmobiles in for dinner, which is great! 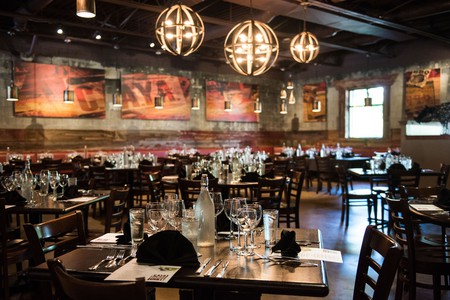 You run a scratch kitchen. Is Metro Detroit good for that?

Yes it is because there are so many local farms, and to be honest, that’s how I’ve been cooking for 20 years. The entire “Farm to Table” movement is really catching on now, however; I’ve been doing it for years. Our philosophy at C.A.Y.A. is to use as much farm to table as possible in Michigan. All of our produce is locally grown, and our meats, duck, chicken, beef, pork, and ice cream are all from farms within 100 miles (160.9 kilometers), most of it closer. Our all-natural products are not treated, chemically washed, or rinsed.

How has opening and running your own place compared with your previous roles?

Running my own place is totally different but in a good way. It’s really a different responsibility and a different role than when I was just the executive chef. I’m having a great time though and enjoy every day.

Away from work, what are your favorite things about the city?

I really enjoy visiting my friend’s restaurants and seeing what’s new, especially the change in the city and how it’s grown.