How to Celebrate St. Patrick's Day in Detroit 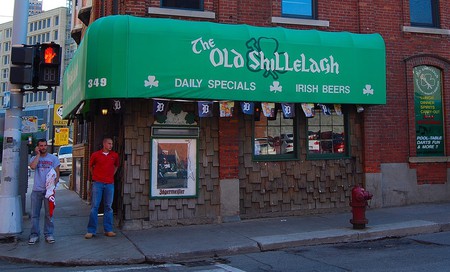 Every year over 120 million Americans celebrate St. Patrick’s Day. Detroit’s Irish roots go all the way back to the 1850s, when immigrants escaping famine in their homeland came to the city in droves and settled on the westside in an area called Corktown. Nowadays, Detroit’s Irish descendants are spread across the city, but every March they come together to celebrate at parades, parties and more. Here are Detroit’s best St. Patrick’s Day events to look out for.

Not all events celebrating St. Patrick’s Day have to be unhealthy, as proven by the success of Corktown Races, one of the largest 5km races in Michigan. Held every year in Detroit’s historical Irish neighborhood, over 8,000 participants turn out to run the course along Michigan Avenue. Irish-themed costumes are a must if you want a shot at being the winning costume contestant.

After the Corktown Races have been run, the main event is Detroit’s family-friendly St. Patrick’s Parade, also held along Michigan Avenue in Corktown from the Irish Plaza on 6th Street to 14th Street. Put on by the United Irish Societies for the 60th time in 2018, thousands of locals turn out for the annual celebration, which includes a wide variety of floats, marching bands and classic cars.

Following on from the Royal Oak parade is the less family-friendly St. Practice Pub Crawl. Join a rowdy group for an afternoon of bar hopping around some of Royal Oak’s best watering holes, including O’Tooles, Rock on 3rd and HopCat. A ticket gets you drinks specials, some Irish swag, keepsake photos, and entry to a number of competitions.

For something a little bit different, head to Orchestra Hall to hear the Detroit Symphony Orchestra perform a St. Patrick’s Day Celebration. Featuring lead vocals by Detroit native Cathie Ryan, one of the world’s most prominent Celtic singers over the past 30 years and an inductee of the Michigan Irish Hall of Fame, you can expect to hear a selection of Celtic classics.

On Friday March 16, food trucks at a number of locations around downtown will be adding Irish specialities to their menus. At Cadillac Square, The Spirit of Detroit Plaza, The Woodward Esplanade and Beacon Park you can try some Irish nachos, stout-braised ribs, whiskey wings and even Guinness cupcakes. There will also be a DJ and performances by the Flanagan O’ Hare School of Dance.

The food trucks are loading in! Soon all 9 food vendors will be here! Will we see you there? #DowntownStreetEats #DowntownDetroit #DDP #StPattysDay

There’s fun for parents and kids at Beacon Park’s St. Patrick’s Day Family Fun event. Inside a heated 10,000 sq ft tent, kids can enjoy face painting, crafts and more, while parents can watch big screen March Madness while sampling Irish specialities from food trucks alongside a range of craft beers and other drinks. Admission and activities are free and open to all.

Of course, most bars in the city will be having their own spin on St. Patrick’s Day, but the city’s Irish bars are the place to be. So stop by the Old Shillelagh, downtown’s most iconic Irish pub which claims to have the biggest and best St. Patrick’s Day party in the region, the Nancy Whiskey Pub, a Corktown mainstay since 1902, PJ’s Lager House, which opens at 9am and has two live bands in the evening, or finally Danny’s Irish Pub in Ferndale, an old neighborhood dive bar. 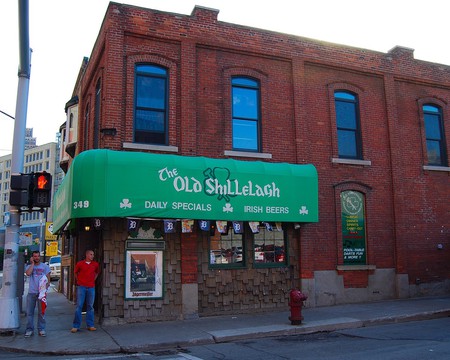