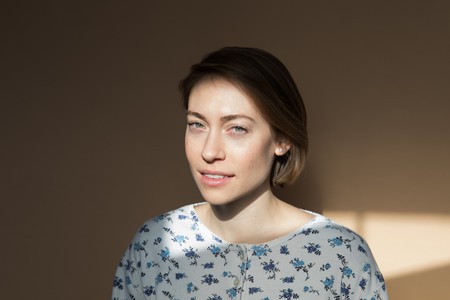 Anna Burch always wanted to write songs; it just took her a while to write ones she actually liked. After ironically making a breakthrough while supposedly taking time away from music, she moved to Detroit in 2014 in order to fully focus on her own craft. Four years on, her dreamy debut Quit the Curse extols the virtues of taking the time to find your voice and the benefits of leaving your comfort zone.

Burch grew up in St. Joseph on the shores of Lake Michigan, learning how to play the piano in her childhood and switching to guitar in her early teens. While attending Michigan State, she met the members of Frontier Ruckus, becoming their bassist and going straight from college to touring with them full-time. After a relentless year, she quit the band and went back to school. During her time studying film at the University of Chicago, she met musician Paul Cherry, who encouraged her to give music another chance after they worked together on developing a song she had written years before. When she graduated again, she decided to leave Chicago for Detroit and to return to music, rejoining Frontier Ruckus and playing in another band, Failed Flowers, but also seriously working on her own songs for the first time.

With such a hectic few years behind her and a new scene to learn her place in, she found she had plenty to say, and Cherry was keen to play the role of producer. The end result is Quit the Curse, a timeless guitar pop album featuring nine carefully crafted songs full of blissful melodies and wryly observed lyrics. We caught up with her to find out more about how the album came together, how it feels to finally have something of her own and where she will go from here. 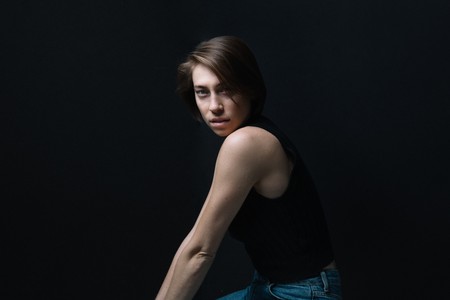 It seems like the songwriting part of your career was a long time in the making. Are you happy to finally be a solo artist?

There’s a certain fulfillment that’s come from seeing this album to fruition, which feels different than anything I’ve experienced in my past musical collaborations. I am happy about it, but happiness is fleeting—and I experience it in waves. There’s also a lot more stress, if I’m honest, but it’s not the existential stress I used to feel before I was writing my own stuff. In some ways, I am surprised that things finally clicked the way they did, but I knew I always wanted to make music, to be creative beyond just helping to fill out an existing idea. I think I made compromises and concessions when it didn’t come naturally, so that desire filtered out into different things—like going to grad school for instance.

Do you feel like you had years’ worth of feelings, experiences, and frustrations to mine?

Absolutely. I experienced a lot of emotional turmoil throughout my twenties, with almost no healthy outlets. Writing songs was the first time I was able to frame some of these experiences in a productive way. The material from the album was all very of the moment that I was writing in, but the frame was informed by my past experiences.

These songs came together in Detroit. Did the city play any part in your inspiration beyond it being a new and unfamiliar scene?

A lot of the inspiration and motivation came from the act of moving and being new to a smaller scene, coupled with the decision to start really focusing on songwriting. I’m hesitant to want to make too many claims about how important Detroit was to the lyrical content because a lot of the material is pretty insular to my own little world. But my experiences that I drew from were specific to that time and place.

How has your relationship with the city developed since that period?

Detroit was changing a lot when I moved there in 2014—at least that was the topic of most conversations I was having at the time. It seemed like a city that was trying to define itself and its path, and the national narrative I think played a big part in that push for self-definition. There was something romantic about Detroit, but also unstable. For all of the energy focused on the new, I also got a sense of nostalgia from some people, like the best times were over, or rather that the possibility of something better was being pushed out by corporate interest. When I first moved to the city, it was summertime, and I was out every day riding my bike, going to Belle Isle, meeting new people. I got there right as a bunch of “New American” restaurants were opening up, and I worked as a bartender at a handful of them in between touring a lot. That’s not an environment that I think is particularly healthy for me, and I quit my last bar job about a year ago. Lately, I’m more of a hermit when I’m home, but I try to be more purposeful about my social time.

You’ve talked about the importance of self-confidence—does the directness of the album’s lyrics and cover image display yours?

The album cover is a rather stark portrait, and yes, I would say the lyrics don’t bother with figurative language and are rather blunt. I think those decisions were at least an exercise in self-confidence. I still struggle with insecurity, but I think this whole album was an enormous step for me.

Are there any artists who inspire you with their own self-confidence?

I’m inspired by Angel Olsen, especially with her most recent record, My Woman. Being a fan of hers from years ago when I was living in Chicago, it’s been incredible to watch her grow as an artist. Cate Le Bon is another artist who is just such a pleasure to see perform. She makes the most angular guitar lines seem so effortless while she’s singing and just has this expression of nonchalance. She even kind of shrugs her shoulders while she’s playing too. 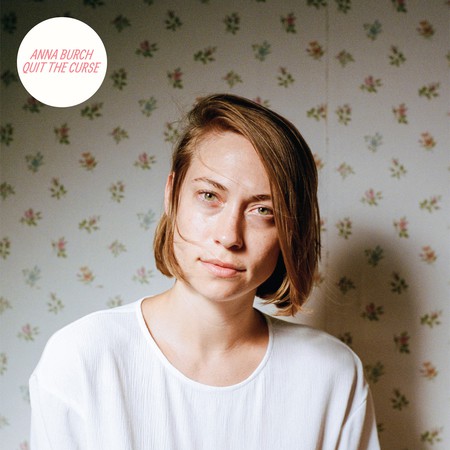 You’re out on tour for the first time since the album came out. How has it been different to previous tours?

Being on tour with my solo stuff is totally different than all of the touring I’ve done in the past. I feel more comfortable on stage lately than I ever have. I’m not so in my own head thinking about how I’m coming across. It feels like whatever I’m doing is enough because it’s me. I just want to make sure I’m breathing properly to sing everything well, but that’s my biggest concern. Touring is also much more demanding of me now. I can’t just space out in the van with headphones in the same way I used to.

What has the response to the album been like?

It’s been good. It can be difficult to have perspective on how things are going, but at times, I’m blown away that the record is even being considered on this scale. SXSW was a pretty positive experience for the band, which I was not fully anticipating. At the same time, I think attention spans are very short, and the sheer number of bands out there is daunting. I don’t want to take anything for granted.

You’ve said this album “marks the end of an era of uncertainty.” What do you think you’ll write about now?

I won’t lie; the lyrical elements aren’t coming as easily now that things aren’t as tumultuous. I think what interests me now is all of the smaller internal struggles: stress, anxiety, trouble sleeping, worrying about being a good friend, partner, family member, trying not to be a narcissist.

Quit the Curse is out now on Polyvinyl Records.