How Hell, Michigan, Got Its Name 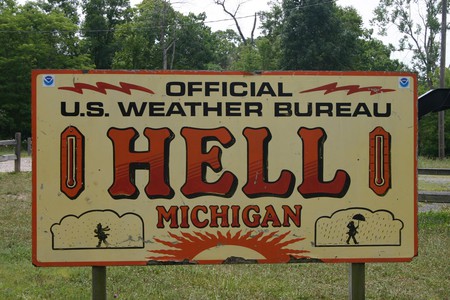 Founded in the 1830s, the name Hell became official on October 13, 1841. How it got such a devilish name though is still hotly debated.

The town was formed around a series of businesses owned by George Reeves. Starting with a sawmill, he soon expanded to a gristmill and then a distillery and finally a general store and tavern to sell his products. Several theories around the name are unsurprisingly linked to this town magnate. 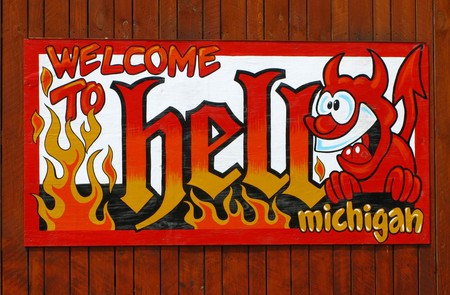 You'll have a hell of a time | © Rebecca Chatfield/Flickr

When asked what the town that he had helped form should be called, he supposedly replied, “I don’t care, you can name it Hell for all I care,” and they took him literally. Another theory is that he paid his workers in whiskey produced in his distillery, and when they chose to drink it rather than go home, their wives would exclaim they had “gone to hell again.”

A more sensible but less fun possible explanation comes from the hellish conditions early settlers found in the area, from swampy marshlands to swarms of mosquitoes. The final theory concerns a pair of German travelers, who upon arriving in the town in the 1830s, proclaimed it was “so schön hell!”—meaning “so beautifully bright.” 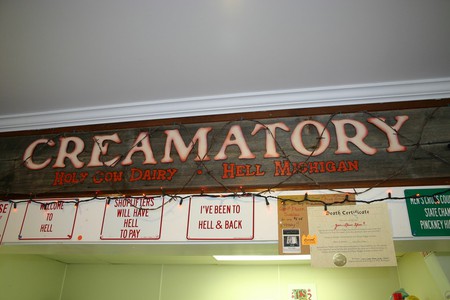 However Hell got its name, the town has embraced it, as it has brought significant attention to the area over the years. Town attractions include the Hell Hole Diner, Screams Souvenirs, and the Damnation University. You can even become the Mayor of Hell for the day, quite the accolade.

So, next time you’re in Michigan, remember to go to Hell (but remember that the state also has a town called Paradise, so it’s not all doom and gloom).