How Detroit’s “Freaks and Geeks” Became a Cult Classic 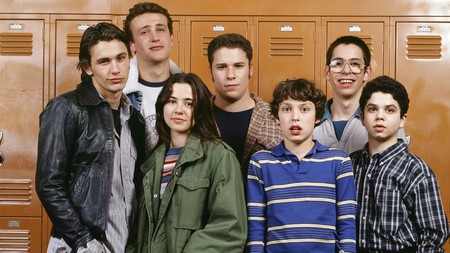 They say absence makes the heart grow fonder, and television history is littered with great shows that were gone way too soon. Freaks and Geeks certainly falls into that category, as an ambitious and ahead-of-its-time show that was canceled before even completing a full season. Thankfully, cable, DVD, and Netflix have ensured that it’s not only endured but also flourished as a true cult classic.

Set in a fictional suburb of Detroit in the early 1980s, Freaks and Geeks tells the coming-of-age story of siblings Lindsay and Sam Weir, who are navigating high school; perfect Lindsay tries to fit in with the burnout freaks while younger Sam tries to escape being a geek. It was inspired by the experiences that series creator Paul Feig, who grew up in Mount Clemens, Michigan, had while attending high school during the time period in which the show is set. Suburban Detroit was the perfect setting for a show which intentionally railed against the glamor and melodrama of popular high school shows like Dawson’s Creek and Beverly Hills 90210.

It aired on NBC from 1999 to 2000, but despite strong critical reviews, the network never backed it, scheduling it erratically and in poor slots while also attempting to interfere with its content. Although 18 episodes were made, the show was canceled and taken off air after only 12 had aired. A fan-led campaign convinced the network to air the other six episodes eventually, which demonstrated the following the show had already built and the shortsightedness of the decision to cancel, but with the benefit of hindsight, the decision looks even worse. 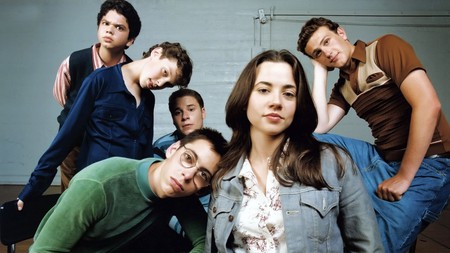 It seems that the network simply didn’t realize the talent they had, as many of the show’s stars and creative team went on to become a who’s who of television and film. Series creator Feig went on to have huge success directing Bridesmaids and the reboot of Ghostbusters, while executive producer Judd Apatow became one of the most influential figures in comedy over the next decade and beyond.

Alongside strong critical reviews, the only real recognition it received at the time was an Emmy for casting, and when looking back, you can certainly see why. From the main cast, Linda Cardellini, James Franco, Seth Rogen, Jason Segel, Busy Phillips, Samm Levine, and Martin Starr have all had successful careers, while Shia LeBeouf, Rashida Jones, Jason Schwartzman, and Lizzy Caplan all made brief appearances before making their names elsewhere. 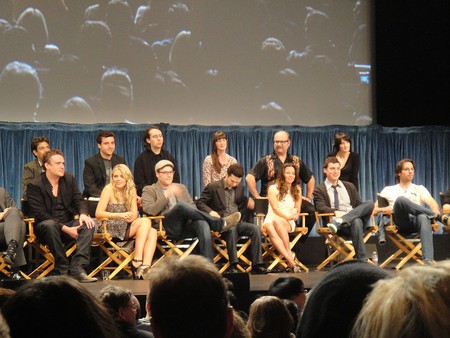 There are many reasons Freaks and Geeks continues to find new fans 18 years after its cancellation, from the timeless realism of its storylines to the development and chemistry of a once-in-a-generation cast of famous faces that are literally growing episode by episode. Though nothing can make up for its premature cancellation, the subsequent recognition that it was one of the greatest shows of its era and its status as a bonafide cult classic are at least long overdue and deserved wins for all the freaks and geeks still out there.