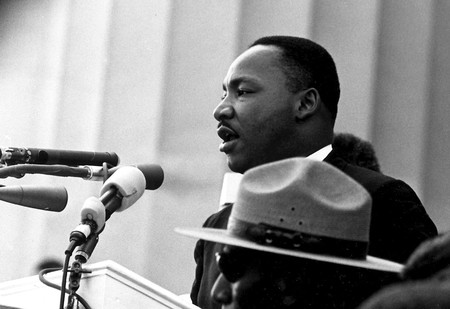 Fifty years after his tragic death, Martin Luther King Jr. remains as revered as ever, rightly considered as one of the most important figures in U.S. history. Among his many achievements and great acts during the civil rights movement, he is perhaps best remembered for his role in the March on Washington in 1963, particularly the iconic “I Have a Dream” speech he delivered that day. But that wasn’t the first time he had spoken those famous four words.

A little over two months before King spoke in front of the Lincoln Memorial on August 28, 1963, he gave another impassioned speech at the Walk to Freedom in Detroit on June 23rd. Though the event has become somewhat overshadowed by the larger Washington march, it was, in fact, the largest civil rights demonstration to date at the time and was called “one of the most wonderful things that has happened in America” by King himself.

The event was organized by the Detroit Council for Human Rights, a group formed of religious leaders and activists, who conceived of the march in order to raise funds and awareness for their civil rights contemporaries in the South, as well as to protest the issue of segregation in the North. The date of June 23rd was chosen to honor the 20th anniversary of the Detroit race riot of 1943.

A crowd of approximately 100,000 marched down Woodward Ave from Adelaide St to Cobo Hall, including the Mayor and the Governor of Michigan. King was the principal speaker and was introduced by Charles C Diggs Jr., the first African American elected to Congress from Michigan.

His 30-minute speech was very much an early version of the more well-known Washington speech. For comparison, both begin with reference to Abraham Lincoln and the Emancipation Proclamation and how it was time to “lift the nation from the quicksands of racial injustice,” and both end with the “I have a dream” refrain. Famous “dreams” spoken about at both discussed white and black children holding hands as brothers and sisters and his hopes for his children not being judged by the color of their skin but by the content of their character. 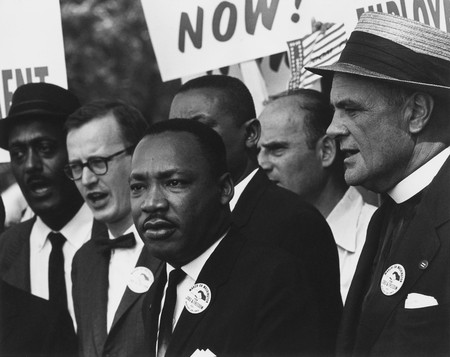 Though the march did not have the impact or legacy of the subsequent March on Washington, its 50th anniversary was commemorated with a walk that attracted thousands, including Martin Luther King III, the Mayor of Detroit, Jesse Jackson, and Al Sharpton.

Hear King’s full speech at the Walk to Freedom below, with the “I Have a Dream” section starting at 28 minutes.