From Motown To 8 Mile: The Music of Detroit

Detroit, Michigan is a city synonymous with music. Wedged between Lake Erie and Lake St. Clair in America’s Midwest, “The D,” as it is affectionately known by locals, was a haven for alternative rock acts, hip-hop heads, and techno outfits. Although the city has faced its share of rough years, America’s Comeback City has retained its identity against all the odds. 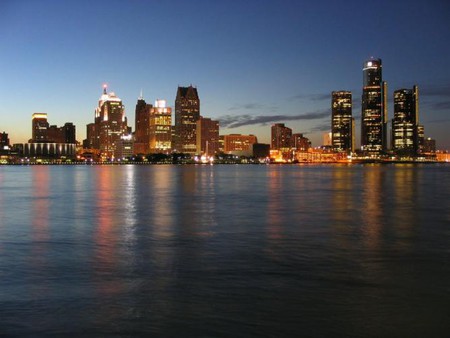 Walking around modern-day Detroit, you’d be forgiven for thinking the city’s once thriving music scene is all but dead. All that remains today of the popular Twenty Grand nightclub, frequented by Motown mainstays Martha Reeves, The Supremes and Marvin Gaye in its heyday, is a vacant lot.

The former opulence of the Eastown Theatre, whose stage floor was once graced by soul legend James Brown, has been replaced by years of decay and disrepair. Now,it is surrounded by rubble and overgrown weeds.

And the Grande Ballroom, the music venue at the centre of Detroit’s late 1960s rock scene, closed back in the 70s. It has been lying empty and unused since, despite a call for redevelopment in 2012. 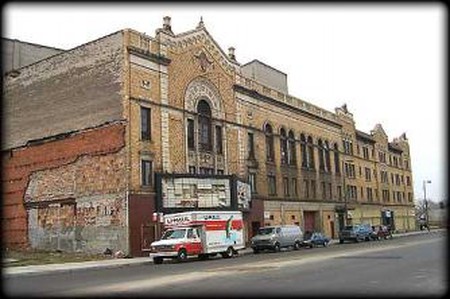 On 18 July 2013, the city of Detroit filed for bankruptcy citing $18 billion worth of debt. The once bustling metropolis which boasted a population of over 1.5 million in 1950 has now just over 700,000 residents. An estimated 700,000 properties in the city have been deserted, often falling victim to disrepair, arson and demolition. It isn’t very surprising then that the press have come to refer to Detroit as an abandoned city and a ghost town.

But look beyond the neglected facades of vacant office buildings and burnt-out houses, and you’ll find a city proud of its musical heritage, a city that has produced some of the 20th century’s most notable musicians, a city embracing its cultural roots as a means of surviving the challenges it faces.

Take a walk down West Grand Boulevard in downtown Detroit and you’ll find Hitsville U.S.A., the original headquarters of Motown Records and current home of the Motown Museum.

In 1959, Berry Gordy Jr., a former employee of Detroit’s Lincoln-Mercury automobile plant, established Motown, a moniker borrowed from one of the city’s many nicknames, with just $800 loaned from his family. Gordy’s early portfolio of artists included Detroit natives Smokey Robinson and The Supremes and introduced the music of artists such as Stevie Wonder and The Jackson 5 to worldwide audiences.

Dubbed by Gordy as ‘The Sound of Young America’, Motown produced over 180 No. 1 hits across the globe, defining the sound of an era. The importance of the record label to the city is still felt today. Allen Rawls, CEO of the Motown Museum, attests that “Motown and music obviously are one and the same. This is where voices were lifted in song and spirit and love, and this is where the dream was born that went out into the world.”

Though Motown Records relocated to Los Angeles in 1972, Detroit’s music scene was by no means abandoned. In the late 1960s, the city established itself as a hub for the raw underground rock scene, providing a stomping ground for the likes of MC5 and Iggy and The Stooges. 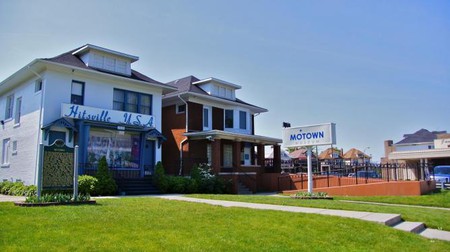 Detroit-born rocker Alice Cooper, thinks the ‘rough and ready’ nature of the city lent itself well to alt rock music:

In its tradition of creating and cultivating new, alternate sounds, Detroit is often credited as being the birthplace of techno. High school friends Juan Atkins, Derrick May and Kevin Saunderson, also known at the Belleville Three, grew tired of the city’s R ‘n’ B and rock roots and began experimenting with electronic, synthetic sounds. The Detroit techno scene in the early 1980s owed much to their input.

As depicted in documentary Real Scenes: Detroit, the genre spread to a global audience, gaining notable popularity in the UK in the late 1980s. Like Alice Cooper before him, Derrick May draws parallels with the culture of Detroit and the techno genre:

“The music is just like Detroit, a complete mistake. It’s like George Clinton and Kraftwerk are stuck in an elevator with only a sequencer to keep them company.” 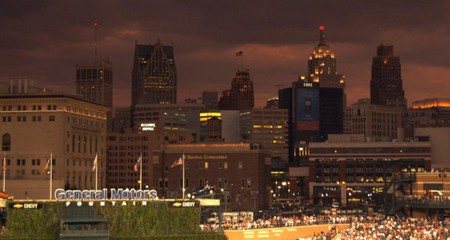 The film’s rap battle scenes were inspired, in part, by freestyle contests that took place at the city’s iconic Hip Hop Shop, a clothing store-cum-open mic venue that has sadly since closed. The presence of Detroit hip hop is still strong however, with showcase The Air up There appearing regularly at venues like Foot Klan Skatepark, while the 5e Gallery provides a nurturing environment for contemporary hip hop culture.

Motown, hard rock, techno and hip hop – just a small selection of what ‘The D’ has given to modern music. It’s clear that music and Detroit go hand in hand. Indeed, music may help to secure the city’s future. A recent study found that the Detroit music scene, which employs 6,000 people, brought in around $162.5 million in revenue in 2012.

While Detroit seeks to revitalise its streets and neighbourhoods, to encourage visitors and investors to look beyond the industrial ruins and return to ‘The D’, the city may very well look to its musicians and venues as leaders in the revival of Detroit.