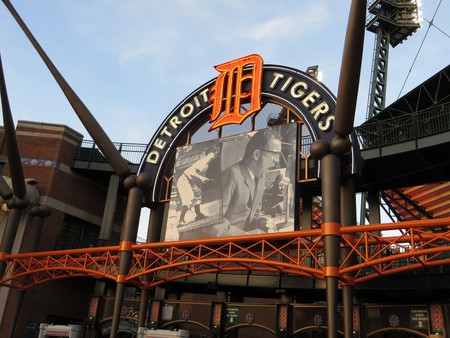 The four franchises of Detroit are among the most famous and successful in the country, with quite a trophy cabinet between them. With the Detroit Pistons announcing their move to the Little Caesars Arena, the 2017 season will be the first since 1974 that all four major professional teams will play their home games within the city limits. Celebrate the return with this rundown of each team’s history.

Several cities have tried to claim the title “Hockeytown,” but only Detroit has copyrighted it, which tells you plenty about the city’s tradition on the ice. One of the “Original Six” teams of the NHL, the Detroit Red Wings were once the Victoria Cougars before joining the NHL as the Detroit Cougars in 1926. They were then briefly the Detroit Falcons, before finally becoming the Red Wings in 1932. As of this season, they have won an unmatched 11 Stanley Cups, with multiples wins in the 1930s, 1940s, 1950s and 1990s. From 1991, they made the playoffs 25 times in a row, the longest streak of post-season appearances in North American sports history. Legendary players have included “Mr. Hockey” Gordie Howe, who played for the Red Wings for 25 years, and “The Captain” Steve Yzerman, the longest serving captain in NHL history. 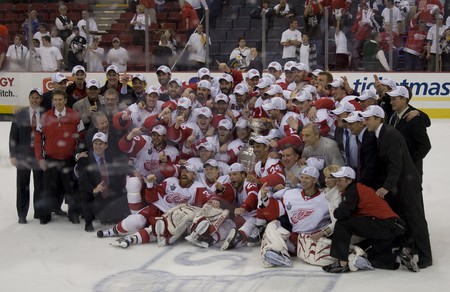 As one of the American League’s eight charter franchises, the Detroit Tigers date all the way back to 1901 and are the oldest AL team still using their original name and playing in the same town. After losing in the World Series in 1907, 1908, 1909 and 1934, they finally picked up their first championship in 1935. They’ve since won three more, in 1945, 1968 and finally in 1984, with the ‘68 win and the efforts of pitcher Mickey Lolich held in especially high regard. In recent years AL pennants were picked up in 2006 and 2012, but the team has continued to struggle for consistency. Since 2000 they have played their home games at Comerica Park in Downtown. 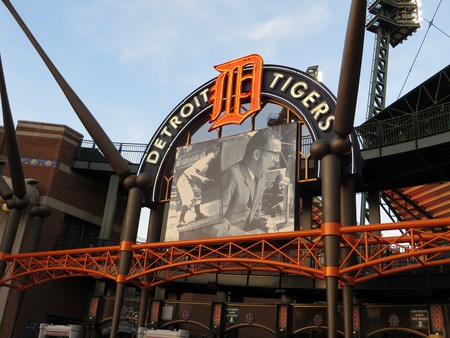 Now based at Ford Field in Downtown Detroit, the Detroit Lions began life as the Portsmouth Spartans in Portsmouth, Ohio. Having initially joined the NFL in 1930, the team was bought and relocated to Detroit in 1934, and the the Lions promptly won the NFL championship in their second year, 1935. Their most successful period came in the 1950s, with four divisional titles and three league championships won in 1952, 1953 and 1957. Since then they’ve only been able to bring home three division titles (in 1983, 1991 and 1993) and hold the unfortunate record of being one of only four current teams (and the only NFC team) to have not yet played in the Super Bowl. The fans still come out every season though.

Another team not started in Detroit, the Pistons were originally founded in Fort Wayne, Indiana, and moved to Detroit in 1957, keeping the Pistons name because it fitted nicely with the city’s auto heritage. After many years as a middling team, the 1980s saw the rise of the infamous “Bad Boys,” so called for their physical style of defence. After near misses against the Celtics and Lakers in ‘87 and ‘88, they won a franchise record 63 games in ‘89 and got their revenge on the Lakers to win their first championship with a clean sweep. They successfully defended their title in 1990 but, having defeated Michael Jordan’s Bulls on the way to both of their previous titles, finally lost to them in the ‘91 Eastern Conference Finals. A transitional period followed, but the Pistons delivered another championship in 2004, memorably defeating Shaq and Kobe’s Lakers in the process. They made the playoffs consistently for a while after that win, before falling back into mediocrity, finally making the playoffs again in 2016. 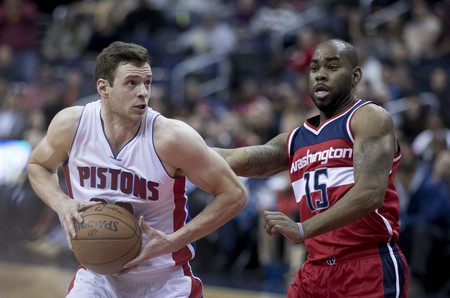