A Guide to Michigan’s Top Universities 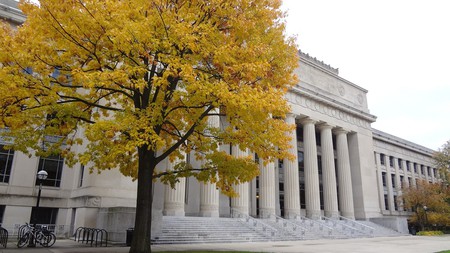 Every year, thousands of students from across the world discover that Michigan is a great place to attend university. The state’s numerous universities are famous for having beautiful campuses, challenging programs, some of the country’s top college sports teams, and good old-fashioned school spirit. Here are the best options.

The highest ranked university in Michigan, coming 28th in the latest U.S. News National University Rankings, is the University of Michigan. One of the country’s premier research universities, it’s located in Ann Arbor, considered one of the best college towns in the U.S., with campuses also in Dearborn and Flint. The university, founded in 1817, today has around 28,000 undergraduates, with one of the largest alumni networks of any college. Athletics play a central role at the University of Michigan, with the 27 teams playing under the name Wolverines, including the famous football team who plays at “The Big House,” the world’s second-largest stadium. 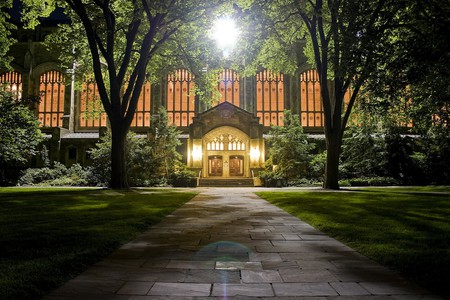 Michigan State University is the largest university in the state and among the 10 largest in the U.S., with nearly 40,000 students and one of the largest single-campus housing systems in the country. It was founded in East Lansing in 1855 as the first land-grant institution, becoming a model for other federally funded schools. As well as pioneering the study of a number of areas, including scientific agriculture and supply chain, in recent years its sustainability efforts have received national attention. In athletics, the Michigan State Spartans have achieved success in football, basketball, and hockey over the years. 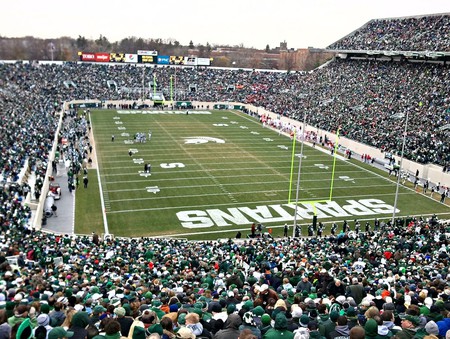 Alongside the University of Michigan and Michigan State University, Wayne State University is the final member of Michigan’s University Research Corridor. Set in the heart of Detroit, Wayne State is the state’s only urban research university and the third-largest university in Michigan with around 27,000 students. It was originally established in 1868 as the Detroit College of Medicine, merging with a number of other schools and colleges and finally settling as Wayne State in 1956. Its chemistry and nursing departments are particularly well regarded, as is its law school, and its sports teams compete in the Great Lakes Intercollegiate Athletic Conference as the Warriors. 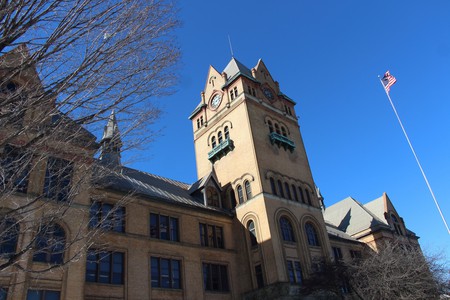 Grand Valley State University is a public liberal arts university in Allendale, a charter township near the city of Grand Rapids in western Michigan. Established in 1960, it currently has around 25,000 students taking 128 degree courses, with over 400 student organizations on campus. Like Michigan State, it has made significant efforts in sustainability, being named among the world’s most environmentally friendly universities. Grand Valley’s NCAA Division II sports teams are called the Lakers. 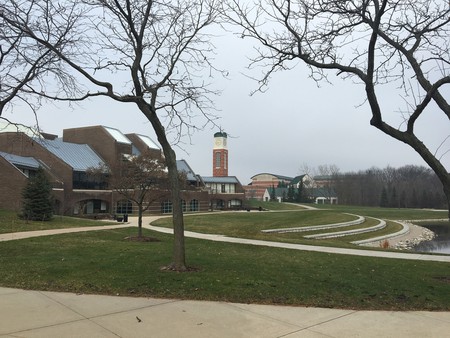 Located in Mt. Pleasant, Central Michigan University is also one of the nation’s 100 largest public universities, with a total enrollment of nearly 24,000, including a significant number of online students. Founded in 1892 as the Central Michigan Normal School and Business Institute, the university now offers over 200 programs at the undergraduate, master’s, specialist, and doctoral levels. The Central Michigan Chippewas teams compete in the Mid-American Conference of the NCAA Division I. 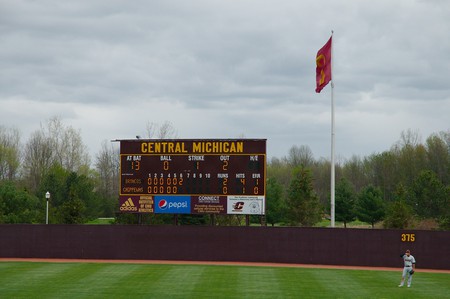 Western Michigan University, established in 1903, lies in Kalamazoo and has around 23,000 students. Famous for aviation, WMU has the largest flight school in the Midwest and one of the top three flight science programs offered in the United States. In sports, the Western Michigan Broncos also compete in the Mid-American Conference of the NCAA Division I, and notable alumni include soul singer Luther Vandross, Terry Crews, and Tim Allen. 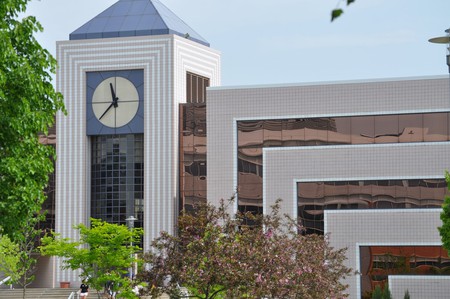 One of the oldest universities in Michigan, Eastern Michigan University was founded as a small teacher’s college in 1849. The EMU campus is in Ypsilanti, a small city between Detroit and Ann Arbor. The university comprises seven schools in over 120 buildings, with a total enrollment of 21,000 studying over 200 majors. Like their Central and Western counterparts, the Eastern Michigan Eagles play in the Mid-American Conference. 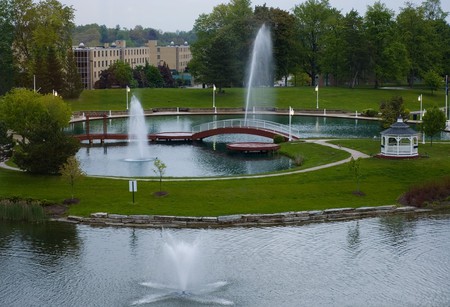