A Brief History of the Detroit People Mover 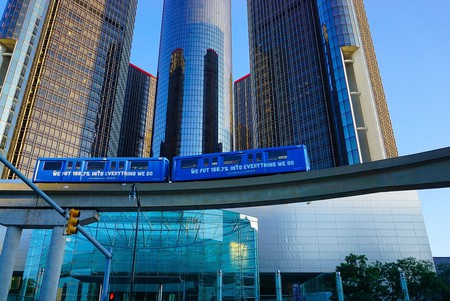 The DPM and the GM Renaissance Center | © Chad Johnson / Flickr

As public transit systems go, the Detroit People Mover is a lot like downtown Detroit itself: small, flawed and controversial but also quirky and fun. Connecting the major attractions of downtown in a one-way, 2.94-mile (4.73-kilometer) loop, it costs only 75 cents to ride, and a full lap only takes 14 minutes to complete. But how did Detroit end up with this small, driverless rapid transit system? We take a look at its history.

The Detroit People Mover (DPM) was conceived as part of a nationwide project to develop and test new types of public transit. The Urban Mass Transportation Administration (UMTA) was created to fund the planning and construction of new automated transit systems in a number of U.S. cities to see whether automated systems could run at a cost lower than conventional ones, but the only places to follow projects all the way to completion were Detroit and Miami. 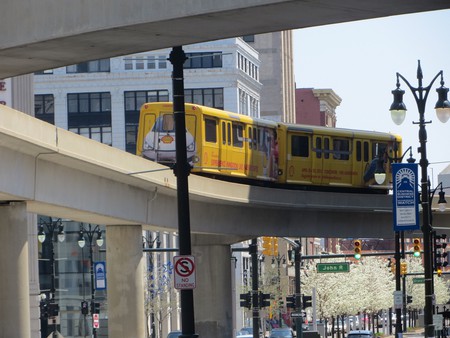 After a number of more costly and ambitious plans were put forward and dismissed, construction on the DPM began in 1983, and in 1985, the Detroit Transportation Corporation (DTC) was established to finish the system and operate it after that. The DPM system opened to the public on July 31, 1987, featuring 13 stations spaced roughly at quarter-mile intervals. Stops included popular destinations such as the Cobo Center, Joe Louis Arena, and the Renaissance Center, with eight of the 13 stations added to existing buildings.

In 1984, a committee was founded to raise funds for the creation of original artworks in each of the 13 stations. With $2 million raised for the project, the majority of the Art in the Stations exhibit was unveiled with the opening of the system, but it has subsequently been expanded to comprise 18 pieces, including sculptures, neon light displays, and murals made from ceramics, tiles, and paintings. The exhibit has proven to be one of the most popular aspects of the system, attracting tourism and acclaim in its own right. 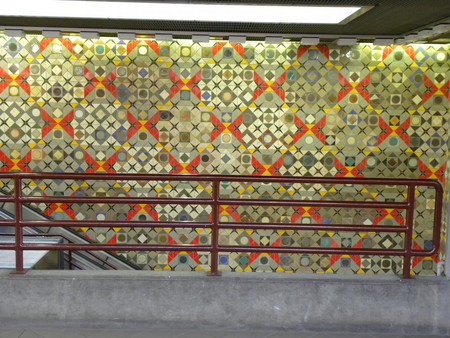 For its first 21 years of operation, the DPM followed a counter-clockwise route, but after maintenance in 2008, it was reversed to run clockwise, which reduced the total journey time due to more of the route going downhill. The price was 50 cents until 2011 when it was raised to the current 75-cent charge.

Over its 30-year history, the DPM has maintained a small but steady passenger base, with more than two million people riding it every year since 2006. In 2017, the exact number of riders was 2,095,415. As well as everyday use by commuters, it is a popular attraction for tourists, offering great views from its elevated track and quick access between the city’s various hot spots. However, the system has long been controversial due to its running costs consistently outweighing the money it makes, disproving the idea that led to its creation in the first place.

The DPM and the GM Renaissance Center | © Chad Johnson / Flickr

In 2017, the QLine streetcar opened, connecting the DPM to New Center and the Detroit Amtrak station there, and going some way to improving the network of transportation in metropolitan Detroit. Whether that means the DPM has a long-term future in the resurgent downtown though remains to be seen.