A Brief History of the Detroit Masonic Temple 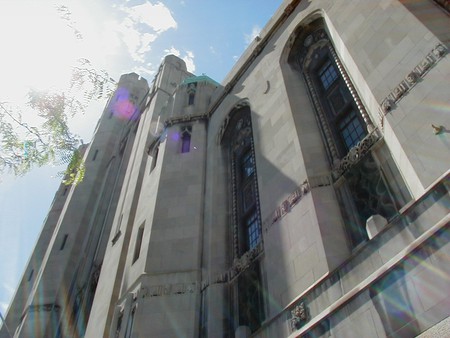 A detail of the Masonic Temple in Detroit | © Muwumba / Flickr

For an organization shrouded in mystery, the Freemasons’ home in Detroit is pretty conspicuous. The largest building of its kind in the world, it has towered 14 stories over Temple Street and the Cass Corridor since 1926.

Started in Europe, Freemasonry has been prevalent throughout U.S. history thanks to a large number of prominent Masons, from founding fathers like George Washington and Benjamin Franklin to later presidents Franklin D. Roosevelt and Harry Truman. In Detroit, famous Masons have included the auto barons Henry Ford and Walter Chrysler. 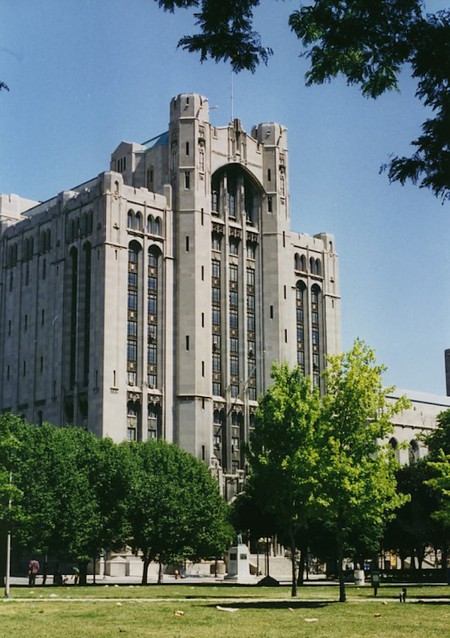 The Masonic Temple Association of Detroit was founded in 1894, with its first temple on Lafayette Boulevard completed in 1896. But, as Detroit boomed in the early 20th century, interest and membership in Masonic fraternities grew rapidly, and a new home was sought. With land purchased and funds acquired, the architectural firm of George D. Mason was hired to design a new multi-function complex.

The project drew much attention, with crowds of thousands attending ceremonies to see the cornerstone laid in 1922 with a trowel used by George Washington during the construction of the U.S. Capitol, and the formal dedication of the Detroit Masonic Temple took place on Thanksgiving Day, 1926.

George Mason’s spectacular neo-Gothic design represented the grandeur of the organization and the city at the time, complete with an extravagant limestone exterior and decadent interior work by the sculptor Corrado Parducci. It had over 1,000 rooms, with three theaters, a shrine building, a chapel, a drill hall, two ballrooms and much more, as well as eight lodge rooms for use by various Masonic organizations.

When the Chicago Masonic Temple was demolished in 1939, the Detroit Masonic Temple became the largest such building in the world, and the auditorium’s stage is also the second largest in the U.S. Not all of Mason’s plans were finished though due to the Great Depression, and there are areas that remain unfinished to this day, including a theater and swimming pool. The temple suffered a decline like the rest of the city through the second half of the century but was listed on the National Register of Historic Places in 1980. It has since become a popular live music venue, wedding venue, and tourist attraction in the city, while still being home to various Masonic lodges.

The temple suffered financial trouble again in 2013 when it became over $150,000 in debt to the county. Though not a Mason, Detroit’s own Jack White paid off almost all of the debt because his mother had previously worked there. One of the theaters was subsequently renamed in his honor.