A Brief History of Lansing, Michigan 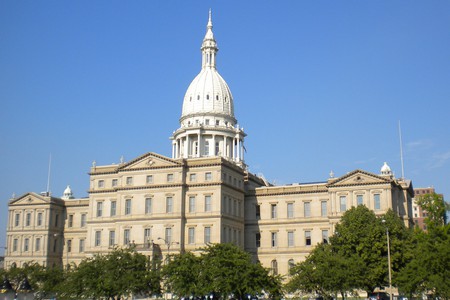 Michigan’s capital city has had an interesting history, from the fraudulent business deal that led to its founding, to it becoming the capital city despite being a tiny village at the time. Learn all about these events and more with our brief history of Lansing.

The story of Lansing’s founding is a case of triumph over adversity. In 1835, two brothers from Lansing, New York plotted an area of land south of what is now downtown Lansing and returned to their hometown to sell their plots. They told people the plots were in Biddle City, a settlement with 65 blocks, a church and a public and academic square. In reality, no such city existed, and the plots of land were on a floodplain that spent most of the year underwater.

When the buyers arrived and discovered they had been scammed, some persisted and founded a new township, named for their hometown, a mile north of the non-existent city they were expecting. Some others in the party also settled in the surrounding area that would eventually become metropolitan Lansing. 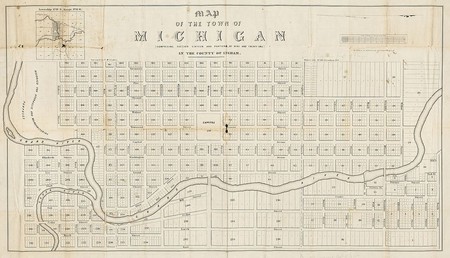 Until 1847, the Lansing Township settlement had fewer than 20 residents, but a long overdue bit of good luck saw its fortunes change forever. The relatively young State of Michigan needed a new capital city, away from the perceived vulnerability that came with Detroit’s close proximity to British-controlled Canada. Despite bids from established cities such as Ann Arbor, Marshall, and Jackson, the Michigan House of Representatives could not reach a consensus, and made the bizarre decision to choose the tiny Lansing Township as the new capital, a choice derided by many at the time. Nonetheless, the village became the capital and it was briefly renamed as the Town of Michigan. It was changed back to simply Lansing in 1848.

By 1859, when Lansing was incorporated as a city, its population had exploded to nearly 3,000 and it now covered seven square miles. The institution that would become Michigan State University was founded in East Lansing in 1855, and its growth would lead to East Lansing also becoming a city in 1907.

Since becoming the capital, a temporary wooden structure had served as the state capitol building but by the 1870s it was decided a more suitable building was needed. The cornerstone of the current capitol building was laid in 1873 and the structure was completed in 1878. Designed by Elijah E. Myers, it was influential for similar buildings across the country and remains a Lansing landmark today.

The city underwent huge changes again around the turn of the 20th century when automotive industry pioneer Ransom E. Olds began its industrialization. He first founded the Olds Motor Vehicle Company in Lansing in 1897, but it was his second company, the REO Motor Car Company, founded in 1905 that would bring success to Lansing for the next seventy years. The boom in auto manufacturing and other industries led to Lansing’s population jumping from 16,000 to almost 80,000 between 1900 and 1930, and to over 100,000 by 1960. 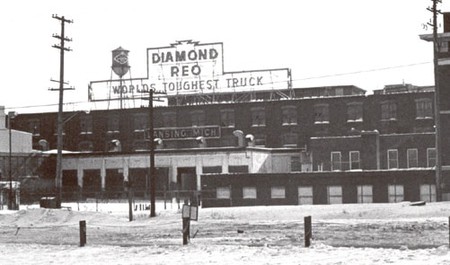 Today, Lansing is a destination for both business and pleasure. You can learn more about its history at the Michigan History Center and the R.E. Olds Transportation Museum, tour the Michigan State Capitol or visit one of the oldest houses in the city at the Turner-Dodge House.