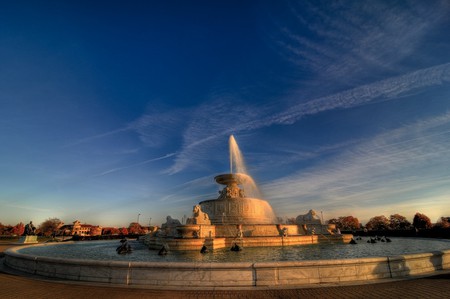 Every city needs a great park for clean air, open space and peace and quiet, and Detroit is no different. Luckily for Detroiters, Belle Isle is better than most, offering all of those qualities as well as great skyline views and a number of historic attractions. From its humble farmland beginnings to its fascinating role in WW2, here’s a brief history of the country’s largest city-owned island park.

Like the city itself, the island was first settled by French colonists in the 18th century. They named it Île aux Cochons, or Hog Island, because they allowed their livestock free rein of it. When the Revolutionary War ended and the Detroit River became the border between the U.S. and Canada in 1783, Britain ceded the island to the new nation. Prior to that, British settler George McDougall had become the first official owner of the island in the 1760s.

In 1794, the family of Alexander Macomb, Jr., who went on to become general of the entire U.S. Army after playing a key role in the War of 1812, bought the island. After changing hands again to the Campau family, the island was renamed Belle Isle in 1845 in honor of Isabelle Cass, the daughter of the territorial governor of Michigan, Lewis Cass. 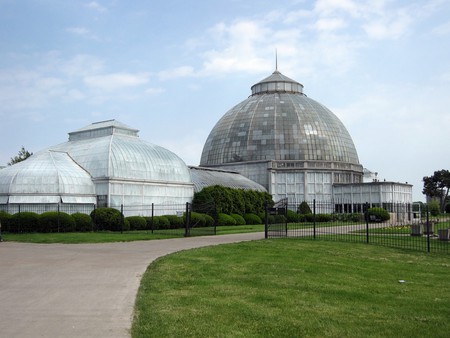 As part of efforts to improve the growing city of Detroit, the island was purchased from the Campau family and designated a public park in 1877. Frederick Law Olmsted, the nation’s top landscape architect who had already created city parks including Central Park in Manhattan and Prospect Park in Brooklyn, was appointed to design it but to what extent his plans were actually followed is still debated today. The first bridge to Belle Isle opened in 1889, and it was soon followed by a number of new attractions. The Albert Kahn-designed Conservatory and Aquarium were completed in 1904, followed by the Belle Isle Casino in 1907, the James Scott Memorial Fountain in 1925, and the country’s only marble lighthouse, the William Livingstone Memorial Light, in 1930.

The island’s darkest hour came when the 1943 race riots started in the park and spread to the city, leading to the closing of the Belle Isle Bridge. With it closed to the public, the island became a staging ground for the U.S. military in the latter part of WW2, who used its beaches to practice landing amphibian tanks in preparation for island landings in the Pacific.

Detroit’s financial troubles caused the park to suffer a gradual decline over a number of decades, but Michigan’s Department of Natural Resources took over management of the park in 2013. It has invested heavily in returning Belle Isle to its former glory, but it also means that an $11 annual Recreation Passport (which provides access to all such parks in Michigan) is now required to enter the park by car. 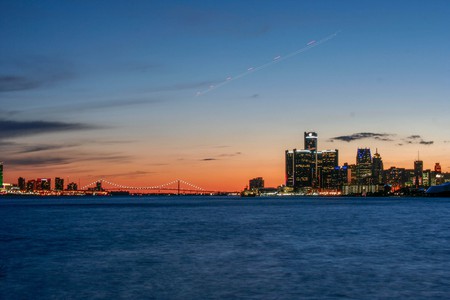