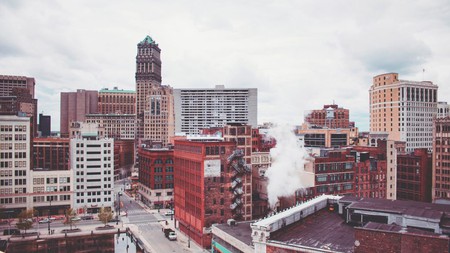 Over the last few decades, Detroit has become infamous, with all kinds of rumors, generalizations, misconceptions, misunderstandings and negative stereotypes of the city being propagated, typically by people who have never been. Here are 11 of the worst, guaranteed to rile anyone who knows and loves the real Detroit.

A lot of people believe that Detroit is a ghost town, full of nothing but abandoned and dilapidated buildings. While the city’s population is far lower than it once was, it still has nearly 700,000 residents, making it the 23rd largest city in the US by population, with only one in five houses empty as of 2015.

Detroit is beyond saving

Since resolving its financial issues by declaring bankruptcy in 2013, the city has shown plenty of signs of recovery. Major projects have included the new QLine streetcar, a 6.6-mile circulating streetcar loop serving 12 locations on Woodward Ave, and 65,000 new streetlights being turned on in 2016. Alongside that, many people are having to join waiting lists for housing downtown and exciting businesses are setting up shop in the city. The recovery may be in its infancy, but it is happening.

We've officially been up and running for one month! Tell us about your first 30 days with the #QLINE.

That being said, overly simplistic and optimistic portrayals of the city’s recovery are just as unhelpful. The road to recovery will be long and hard, and the benefits to date have been confined to small pockets of the city. It’s unfair to the rest of the city to pretend that some redevelopment and gentrification is enough to solve the city’s problems.

It’s been a trend in recent years for hipsters from cities all over the US to move to Detroit. With some real estate bargains to be had and plenty of space for artists’ studios and all manner of artisan food shops and restaurants, you can see the attraction. But most of the city is still regular people holding down jobs, taking the kids to school and living perfectly ordinary lives.

Detroit is not family-friendly

As the majority of people moving to the city have been young people, the belief that Detroit is not a place for families has gained traction. The city’s schools are also much maligned. However, sites like metroparent.com are trying to change that perception, offering news, advice, and events to help the city’s parents improve their lives and the lives of their children.

Catch us at Art! Macomb today before 6pm! (And if you say "I heart art," your kiddo can snag an extra prize!)

The only people left in Detroit can’t afford to leave

Another misconception is that everyone that can leave Detroit, has left Detroit. In fact, many people born and raised in the city and the surrounding areas are fiercely loyal to their town, and are committed to sticking around and improving its fortunes. Many citizens are involved in neighborhood watch schemes, community gardens and charitable activity. Don’t make the mistake of asking a true Detroiter why they haven’t left.

With a nickname like Motor City and a history built on industrialization, it’s not surprising people don’t associate Detroit with green space, but they’re wrong. With the new Dequindre Cut Greenway, the regeneration around the riverfront and the redevelopment of Belle Isle, there are plenty of green spaces to enjoy. Organisations like The Greening of Detroit are working hard to transform Detroit into a cleaner, greener city.

It's a beautiful day in Detroit. Stop in and visit Lafayette Greens and soak in the beauty #detroitlove #urbangardening #bestcityever

Whether it’s directly linked to the number of hipsters moving to the city or not, Detroiters are certainly embracing healthier eating. The Metro Times recently spotlighted 72 of the most vegan-friendly restaurants in the Detroit area, and that’s just the good places, giving you a sense of the vegan movement. Alongside that, improved city parks and paths like the Dequindre Cut Greenway have allowed for more running and biking.

The auto industry in Detroit is dead

Motor City still has two large vehicle assembly plants, one operated by General Motors and the other by Chrysler, and the “Big Three” are all still headquartered in Detroit. In 2014, 1.5 million cars and trucks were made at assembly plants located in the Detroit region, and more than 46,000 automotive manufacturing jobs have been added in the state of Michigan since 2009.

There’s no reason to visit Detroit

Many Detroiters are happy to not talk up their city too much to keep tourists away, but there are actually many awesome things to do in the city. With world-class museums like the Detroit Institute of Arts and the Henry Ford Museum, culturally significant spots like the Motown Museum and Fox Theatre, beautiful architecture and a vibrant art, music and food scene, Detroit is well worth a visit.