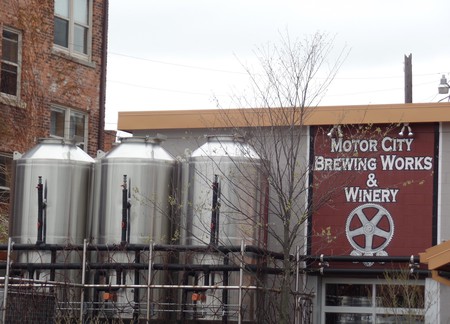 Michigan has the fifth highest number of brewpubs, breweries, and microbreweries in the nation, and nowhere is that more evident than in Detroit. Over the last two decades, breweries have popped up all over the city, in both busy and emerging neighborhoods, producing unique beer and selling it at the source.

Relatively new on the scene, the Batch Brewing Company has quickly amassed a large following since it debuted as Detroit’s first nano-brewery. Located in Corktown, it’s produced such weird and wonderful brews as the That’s the Way She Gose, Eh? and the Unrequited Belgian Strong Golden Ale. The tap room serves up hearty sandwiches such as the rib eye bolillo and the Corktown Cubano, alongside the many Batch beers on tap.

Another young brewery in Corktown is Brew Detroit. The company brewed its first beer in 2014 and opened the tasting room a year later in 2015. Six taps of its in-house, small-batch brewed beer are always available, and as Brew Detroit is Michigan’s largest contract brewer, there are also four taps dedicated to that side of the business. Therefore, there’s always something new to try. 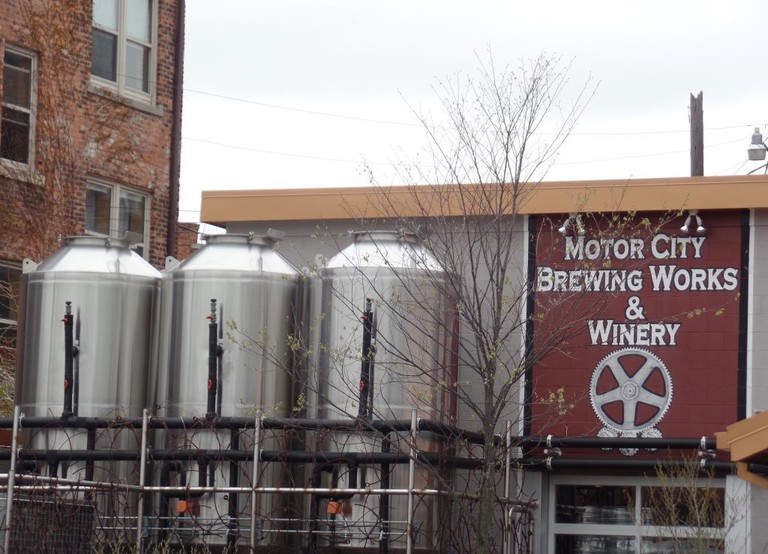 Motor City Brewing Works | © Tim Marklew / Flickr
Motor City Brewing Works was miles ahead of the craft beer curve, opening all the way back in 1994. It’s one of Detroit’s oldest operating breweries, and uses equipment made from salvaged scrap from the city. Its signature beer, Ghettoblaster, is available all over Detroit, but there are plenty of others to try. The brewery also has tours and great brick oven pizzas.

In a great location on Broadway in Downtown, the Detroit Beer Co. has occupied the first two floors of the historic Hartz Building since opening in 2003. The brewhouse typically has a decent number of its own beer on tap, between seven and nine, as well as a revolving selection of guest beers and a menu of eclectic American cuisine. As it has two floors, the brewery is spacious, and the exposed brewing equipment completes the vibe.

The Jolly Pumpkin brewery is actually an hour west of Detroit, but in the heart of Midtown is their pizzeria and bar, offering a range of house brews as well as seasonal offerings from other breweries. Since its founding in 2004, Jolly Pumpkin Artisan Ales (to give its full title) has been all about sour beer made authentically, so head here if you want a taste of Belgium without leaving the city.

Brewery
Facebook
Email
Twitter
Pinterest
Copy link
Share
Map View
Atwater is another of Detroit’s long-standing breweries, opening in the historic Rivertown district in 1997. Its beer is wide-ranging, with everything from IPAs and porters to many year-round beers and exciting seasonal brews such as the Lip Lock Cherry Stout and Traverse City Cherry Wheat, making the most of Michigan produce. One of three locations, the Tap House is open every day and has an extensive food menu.

Just tapped! Metalhopolis is brewed just the way you like it: with LOCAL hops, malt, and water from the Great Lakes. We have to admit, this beer rocks 🤘

Another brewery in Detroit with a love of Belgian beer is Bastone, named after the Belgian city of Bastogne. It opened in 2004 in a building dating back to the 1930s, and the Art Deco exterior has since been restored. Alongside the beer is Belgian food, including steamed mussels and pomme frites, and typical American dishes such as pizzas and sandwiches. Sample up to eight beers for only $9.

Just around the corner from Bastone, the Royal Oak Brewery is Oakland County’s oldest brewpub, founded in 1995. Featuring up to 10 of its own beers on tap—such as the Royal Pride IPA, Suicide Blonde, and Royal Oak Red—as well as food and guest beers, it’s a surefire crowd-pleaser. Alongside the visible brewery inside, there’s also an outside seating area that Metro Detroit previously voted “Best Patio.”

Clawson’s Black Lotus Brewing Company, founded in 2006, is a family business dedicated to the philosophy, “Think Global, Drink Local.” On tap, you’ll find a large number of Black Lotus beers, such as the People Mover Pilsner and the Detroit Hip Hops IPA, alongside a guest list full of other Michigan breweries. There’s also a diverse food menu and live jazz every Wednesday night.

Brewery
Facebook
Email
Twitter
Pinterest
Copy link
Share
Map View
River Rouge only opened in 2015, but it has already become one of the 50 most amazing nano-breweries in America, as named by Food and Wine Magazine. Brewer Edward Stencel has a long history of brewing and is the man behind the 3.5-barrel operation. The signature beer is undoubtedly the Mango Explosion, and you can get that year-round. The taproom is now open six days a week.