You Will Now Have Access to the World's Blackest Paint 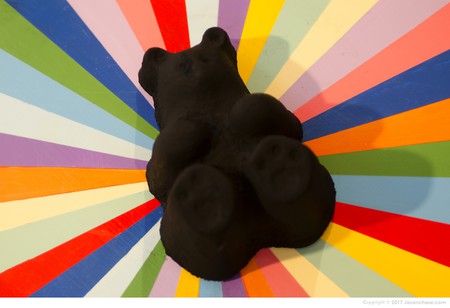 When British sculptor Anish Kapoor won exclusive artistic rights to Vantablack in 2016, it kickstarted a heated debate regarding an artist’s right to commandeer a color.

Artists were openly furious at the outcome of Kapoor’s victorious legal battle for Vantablack—particularly Stuart Semple, whose subsequent vendetta against Kapoor banned the sculptor from Semple’s own brand of “pinkest” pink, “yellowest” yellow, and the “most glittery” glitter.

Thanks to Massachusetts-based Nano-Lab, there’s no need for any more color wars, as Singularity Black is publicly available. Initially developed for and under contract with NASA, Singularity Black is “a nanotube filled, solvent based paint that has exceptionally strong absorption in the visible,” according to the product description. The paint is so black that it visually flattens any three-dimensional object it coats. 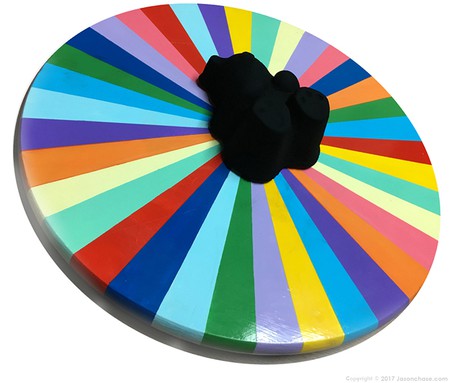 Last month, Boston-based artist Jason Chase unveiled the first artwork using Singularity Black, “the blackest American made paint available off the shelf,” Chase said in a recent statement. The artwork, titled Black Iron Ursa, is “the first of many pieces [Chase] will make with this new ‘blackest black’ paint.” The artwork features an ultra black cast-iron bear in the center of a wooden color wheel.

“Being the first artist to use this technology, I want to share it with my fellow artists and collectors,” Chase writes in reference to Vantablack’s unpopular exclusivity. “It is important to create access so artists can use it. Artists are always the ones who take new materials and push them to new limits. This super black paint and its possibilities have been stunted by not being available to experiment with. Starting with my work those days are over.”