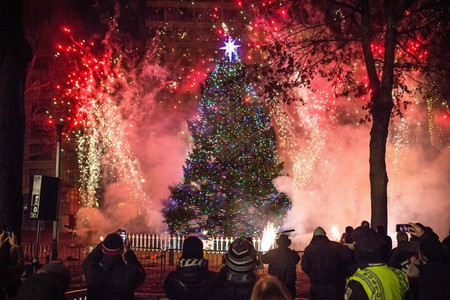 When you first hear that the province of Nova Scotia sends a Christmas tree to Boston every year, you may think it’s a friendly gesture, but the real story behind the gift is truly heartwarming.

On December 6, 1917, tragedy struck the city of Halifax when two ships containing ammunition hit in the Halifax Harbour, resulting in the Halifax Explosion, the largest man-made explosion before the atomic bomb. By 10 pm that night, medical teams in Boston had mobilized and started to make their way to Halifax to provide relief. While a snowstorm delayed them, the trains arrived on December 8th with support and supplies, and the medical team was able to provide aid as well as relief to the Halifax medical staff, many of whom had been working without a break since the explosion. 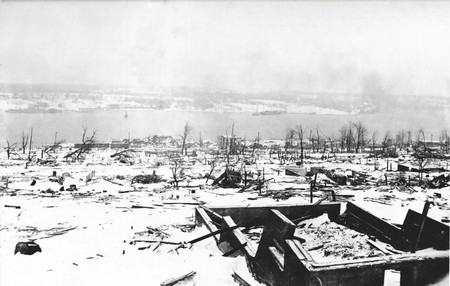 That year, Halifax sent a Christmas tree to Boston, thanking them for their kindness, resources, and generosity. In 1971, the Lunenburg County Christmas Tree Producers Association sent a second tree to Boston to commemorate their support and promote exports, and a tradition began. The Government of Nova Scotia took over the gifting in 1976 and has been sending a tree ever since. 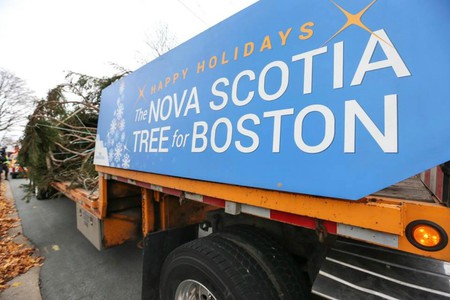 The selecting and sending of the tree is something Nova Scotians take very seriously! The province’s Christmas Tree Extension Specialist begins scouting out trees in June or July, searching for the perfect tree to give to their American friends. The tree-cutting ceremony occurs in mid-November, and from there, the tree is sent to Halifax’s parade square for a send-off and is included in the city’s annual Parade of Lights. 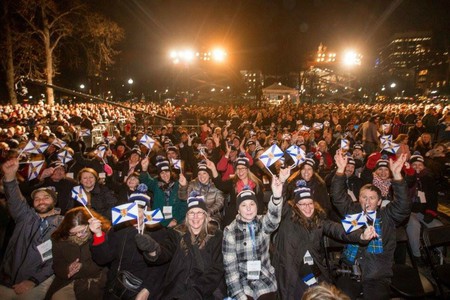 Tree for Boston Send Off | Courtesy of Communications Nova Scotia

The tree is a huge source of pride for Nova Scotians and symbolizes the strong bond held between the two cities. In 2013, a group of runners led the tree out of Halifax in honor of the victims of the Boston Marathon bombings.