Vice Cream Is All About Humor, Indulging, and Giving Back 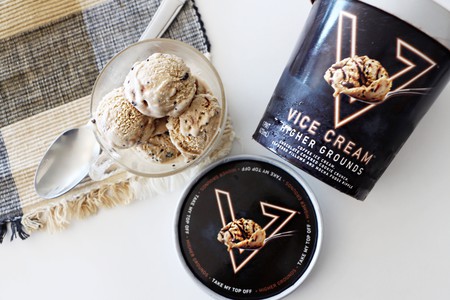 For Dan Schorr, life changed in a flash. One moment he was the healthiest guy around, a marathon-running Ironman athlete, and in the next he was a cancer patient.

His cancer diagnosis certainly didn’t hinder his thirst for life; if anything, it was his biggest motivator. At the time, he had been in the process of starting his own ice-cream company, having worked in the food and beverage business for several years. For Schorr, it was easy to settle on ice cream. The cold treat had always been a fundamental part of his life. As a teenager, he spent summers driving a Good Humor truck.

“Still to this day, there’s an ice-cream truck in my neighborhood, and when the bells come, the adults and kids all come running. That imagery, that romanticism, that idealism is part of me,” Schorr maintains. 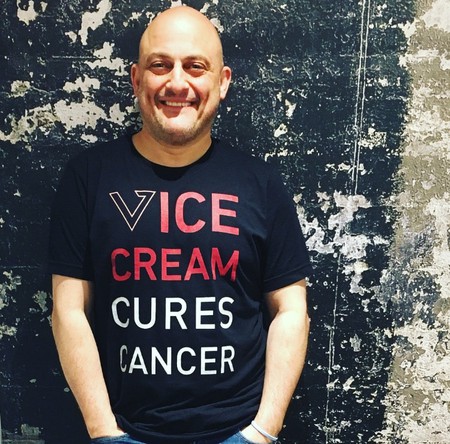 But Schorr’s impetus to stick with the project arrived as he faced his diagnosis and mortality. “I believe that fear is a really big thing in life,” Schorr explains. “And working through that fear.”

He confronted that terror by pushing forward with his plans, once he got approval from his oncologist. “I said, ‘Hey, I ran last week; I got my ass kicked and I threw up, but can I go back to the ice-cream thing? ’”

And so with permission from his doctor, he got back to work, and Vice Cream was born. The company now boasts a roster of eight flavors and is constantly growing. Two years ago Vice Cream could only be found in 20 grocery stores in Boston, but nowadays it lines the freezer aisles in 4,000 stores in 30 states. And despite the competitive ice-cream market, Vice Cream sets itself apart by boasting a brash mantra (“Life’s Short. Eat Fucking Ice Cream.”) and cheeky flavor names. There’s Toffee Wife, a rich peanut butter ice cream swirled with chopped toffee bars, peanut butter cookie dough, and a toffee ripple; and L’Orange a Trois, rich vanilla ice cream interspersed with an orange ripple and, as the website jests, “a hedonistic three-way of dark, white, and milk chocolate chunks. No judgements.” 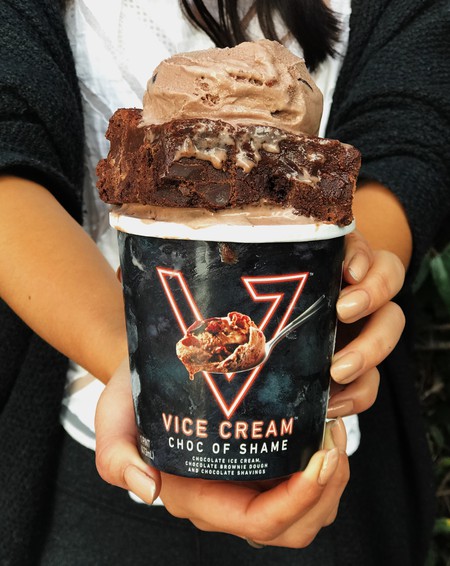 While this unabashedly bold model might raise eyebrows for some, Vice Cream’s saucy personality is the whole point. “It’s about walking down the aisle of a grocery store and having people tell us suburban women are laughing when they pick up Toffee Wife,” Schorr says with a laugh. “No one’s ever been offended by our brand.”

Plus, since Schorr is a cancer survivor himself, his ultimate goal is to support and bring joy to the greater cancer community.

“We’re in the smiles business,” Schorr says, whose own cancer experience prompted him to create a way for Vice Cream to give back. That led to Nice Vice, a program which partners with cancer institutes across the country with aims to support doctors, cancer patients, and organizations that care for patients and family members. A portion of Vice Cream’s sales are also donated to cancer organizations.

At the end of the day, Vice Cream’s intrinsic link with cancer survivors and caretakers is what Schorr’s most proud of. “This is not just a platform for giving back. If we can get one person tested because of my story and catch something early, this is all worth it,” Schorr says. “If I can get one cancer patient to smile when they come home from chemo and dig into a pint of ice cream, then this is worth it.”