7 Unusual Experiences That Every Beer Lover Should Have in Boston 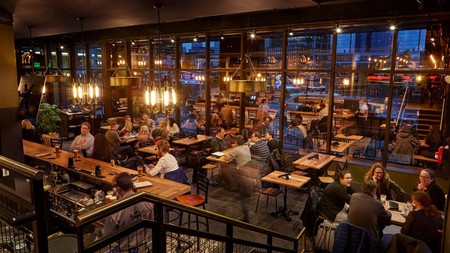 It’s unsurprising that Bostonians love beer. Besides the city’s numerous breweries, beer-related events and experiences are available throughout the area. Here are seven activities you shouldn’t miss. 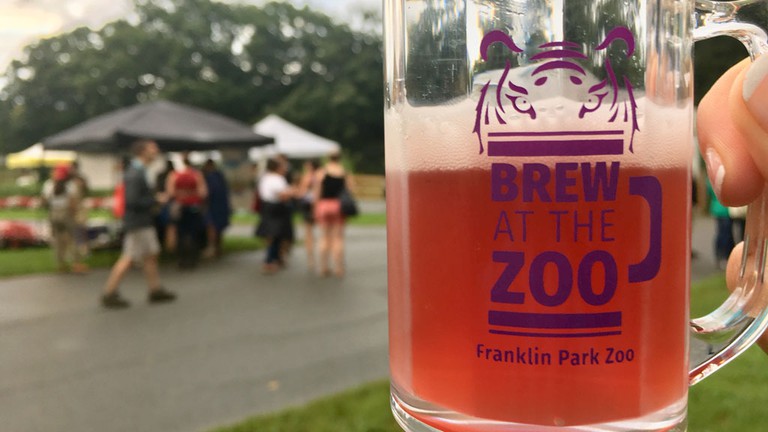 Brew at the Zoo | © Zoo New England
Brew at the Zoo at Franklin Park Zoo may only happen once a summer, but the event is worth planning around. Ticket holders can spend the evening roaming through all parts of the zoo and sampling beers from over 40 different breweries, along with food and other beverages. The zoo is closed to other patrons during this 21-and-up-only event. Another reason to feel good while you sip: proceeds go right back into supporting the zoo, its education programs and conservation initiatives. 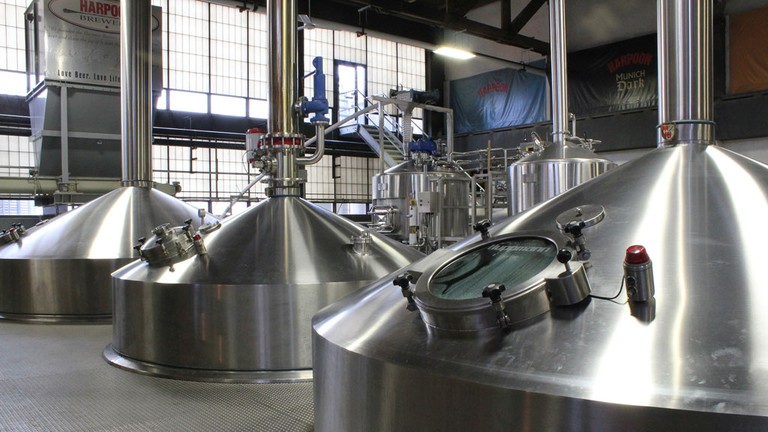 Harpoon Brewery’s website actually says it all: “If you’re in Boston and don’t stop by Harpoon, are you even in Boston?!” Bostonians are spoiled that Harpoon, an incredibly popular beer throughout the Northeast and even across the country, has one of their two breweries just a walk away from downtown. The Harpoon Brewery, located on Northern Avenue in Seaport, produces more beer than any other brewery in the state and is the 18th largest brewery in the nation, pumping out 122,000 barrels in Boston (another 63,000 barrels a year are made in Vermont). Take a guided tour of the brewery, enjoying some samples along the way, and then stick around for a large pretzel and a flight at the long, open wooden tables or grab a beer at the ‘Keg Yard’ outside while you set up a game of life-size Jenga.

Brew your own beer at Hopsters Brewing Company 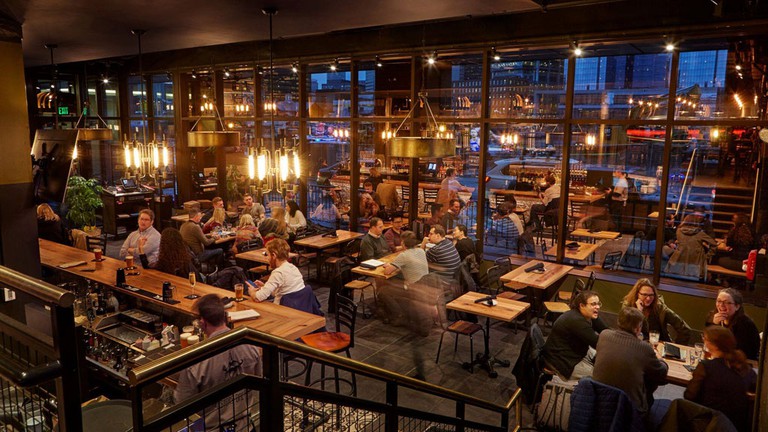 The Hopsters Brewing Company Beer Hall | © Hopsters Brewing Company
Hopsters Brewing Co. has two locations: one in Newton, Massachusetts, and the other in Boston’s Seaport district. At the Seaport location, patrons can brew their own beer. A brew session creates about 7.5 gallons of beer (that’s approximately three cases) from any of the 30 different beer recipes to choose from. The brewing process takes about two hours (eating and drinking is permitted throughout), and then the bottling process occurs a few weeks later. Hopsters even allows you to customize labels.

Take a Barbecue and Beer Cruise around the Boston Harbor 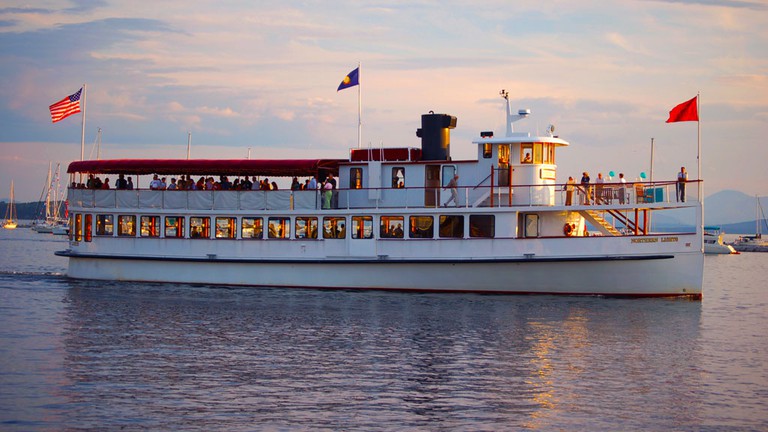 The two-hour cruise through Classic Harbor Line has corn hole, honey barbecue ribs and chicken, biscuits and potatoes all included in the $55 ticket. Seasonal favorite beers are available at the fully stocked bar. Enjoy the beer and games, and don’t forget about the view because cruises stop along different harbor islands that played in Boston’s defense in wars, including the Revolutionary War and World War II. 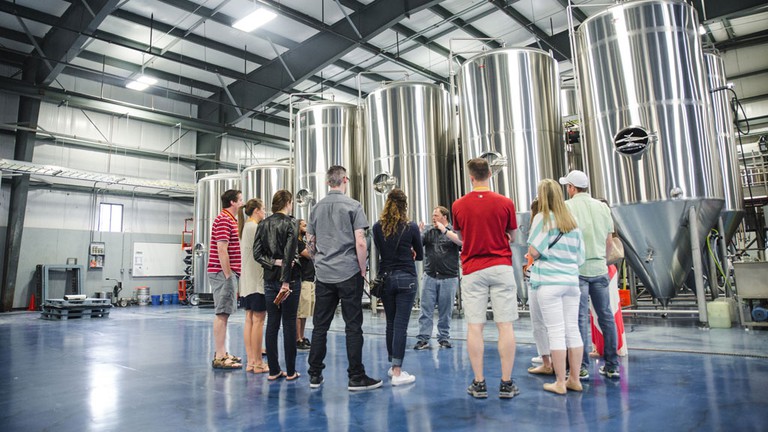 A City Brew Tour of Boston is an excellent and organized way to experience many of Boston’s breweries in just a few hours. While the itinerary varies based on each tour, you will never be left disappointed; Night Shift Brewing, Samuel Adams, Mystic Brewery, Down the Road Beer Co. and Lord Hobo Brewing Co. are a few highlights of the list. Beer enthusiasts get to taste some of Boston’s best, and despite the variation, one thing never changes: City Brew Tours always provides transportation and an enthusiastic beer guide. The Original Brew Tour is offered every day of the week at various times midday. In five hours, guests hit up four breweries, taste 15 beers and enjoy a light lunch. 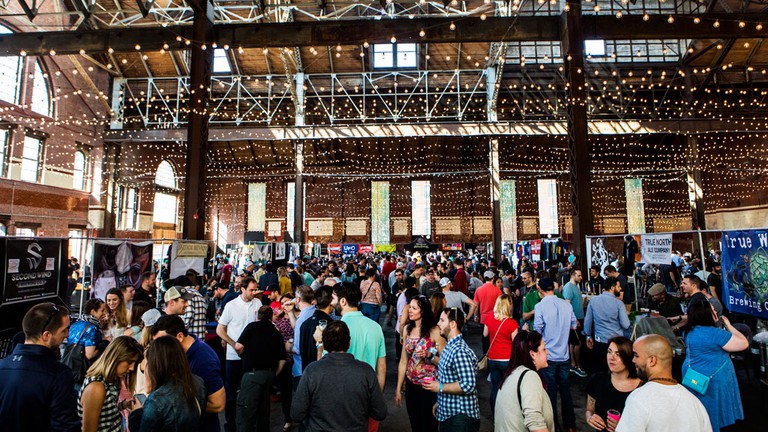 Held in the SoWa Power Station, the Power Beer Fest is the powerhouse of all beer festivals in Massachusetts. Under the roof of what was once the world’s largest electric power generation plant, over 60 local breweries gather together to celebrate what they do best. Soak in the historical 19th-century architecture while discovering your new favorite beer surrounded by other beer enthusiasts and experts. The event is hosted by and supports the Mass Brewers Guild – the state’s non-profit organization helps support craft breweries in Massachusetts. The non-profit guarantees that “this is the only beer festival run by brewers, for brewers.”

Track down The Beer Mobile 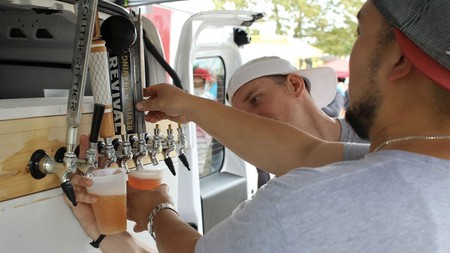 A beer lover’s trip to Boston wouldn’t be complete without tracking down The Beer Mobile. While it may initially appear like any industrial van, open up the back and a beer party is waiting. You can find the van setting up shop at various festivals and events around Boston and even the surrounding metro area. The eight-tap truck is also available for private events, and it promises to fill up the truck with any of your favorite New England beers. A full bar serving wine and cocktails is available upon request.