The Top 10 Things To Do and See in Boston, MA

As one of the oldest cities in the USA, Boston surely does not act its age. The city has evolved, despite its staunch Puritan roots, into a conglomerate of diverse and prospering communities. Together with its surrounding areas, New England’s largest town offers a healthy combination of fun and historical interest that every visitor can enjoy. Let’s take a look… 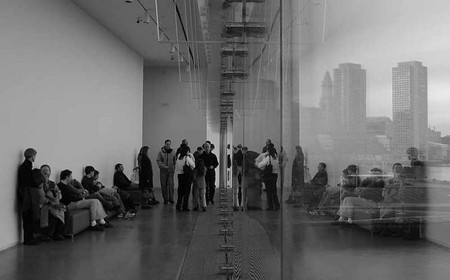 Do the Freedom Trail

The Freedom Trail is and always will be one of the major tourist attractions of Boston. With over 17 stops that conjure up images of Boston’s colonial and revolutionary history, the Freedom Trail is essential to understanding the town’s vital role in the formation of the United States as a whole. For those in search of an alternative but equally informative tour, the Black Heritage Trail is great for discovering Boston’s lesser-known Black history.

Being one of the brainiest of all American cities, Boston offers a wide array of museums and galleries. Ranging from the Museum of Fine Arts (home to collections relating to antiquity, photography, jewellery and textiles alike) to the MIT Museum (awash with interactive displays and exhibitions), the Boston Tea Party Museum to the African Meeting House, surely any tourist can find one exhibition to suits their tastes! 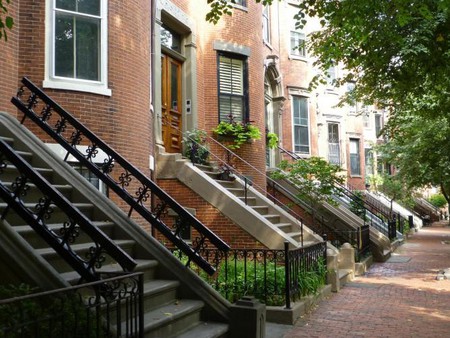 Take a Stroll in the Back Bay and South End Neighborhoods

Many often recommend the Back Bay and the South End neighborhoods for an afternoon or an evening on foot. Both areas are within walking distance of each other, as the South End sits comfortably underneath the Back Bay and the banks of the Charles River. Look for the famous Victorian brownstone rows and tree-lined streets here, while top-rated restaurants and eclectic bars aplenty mean there’s always something to do!

Go to a Game with the Locals

To truly understand the madness that is a Red Sox fan in the throes of a World Series run, attend a game at the legendary Fenway Park. Boston’s signature ballpark – toting the legendary “Green Monster”- is the oldest stadium still in use in the US, and for good reason: Boston has always been a city for big league competition, and the roster now includes four other professional sports teams! Check out Fenway Park for a fun-filled afternoon match-up, or TD Garden to root for one of Boston’s other competitive teams. 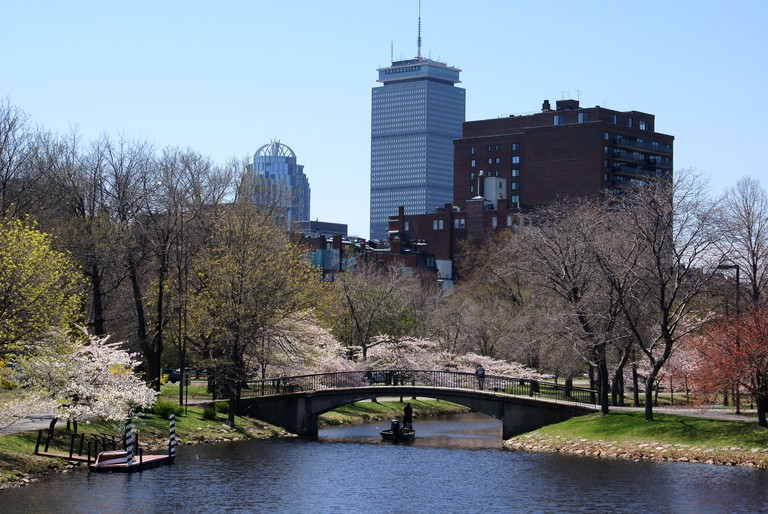 The Charles River Esplanade lies in the Back Bay neighborhood | © Patrik Urban / Alamy Stock Photo
Just west of the Beacon Hill neighborhood lies the Charles River Esplanade, a three-mile stretch of park that offers an easy getaway for Bostonians eager for a jog or a picnic with friends. There are various ways to tour the Esplanade, but a regular favorite is the old-fashioned way: by foot. What’s more, the Esplanade holds very popular concerts on July 3rdand 4th each year, and is a perfect place to watch those Independence Day fireworks erupting over the Charles River.

Being home to some of the most prestigious universities in the world, Boston is easily one of the most erudite cities in the USA. With the likes of Harvard University, Massachusetts Institute of Technology, Tufts University, and the University of Massachusetts, there is no wasted brain space in this metropolis, which has over 100 learning institutions, colleges, and technical schools within its boundaries! Release your inner scholar and walk around the university neighborhoods of Cambridge and Dorchester – you might even learn something!

Play a Game of Candle Pins

For a distinctly New England recreational activity, get some friends together for a game of candlepin bowling. This game uses much smaller bowling balls without finger holes and much thinner pins; so don’t be surprised when you throw your first gutter. Look to play a match at Sacco’s Bowl-Haven, a Somerville establishment that has been around since 1939. Be sure to order one of their signature flatbreads and a local brew to properly enjoy this New England game as it should be!

Named after its wealthy colonial patron, Faneuil Hall has been a public gathering place for Bostonians since 1742; the very spot where city dwellers protested the Sugar Act of 1764 and established the revolutionary ideology of ‘no taxation without representation’. Since those days the space has transformed and annexed the North, South, and Quincy Markets, coalescing into a shopping stop featuring over 100 stalls and pushcarts – perfect for the retail hungry traveller!

Recreate Your Own Boston Movie Tour

With classic films like Good Will Hunting, The Departed, and The Fighter, and the famous 90s era show Cheers all hailing from this fine city, a quick Google search will guide travellers to oodles of urban spaces and establishments made famous by the big screen. A good place to start is the legendary Good Will Hunting scene at the Boston Public Garden, where Sean Maguire (played by Robin Williams) recites one of the most famous dramatic monologues in American film history.

Last but not least, there’s the clam chowder. It’s ubiquitous and delicious – perhaps in equal measure – but there are only a few places that can really cook up the classic, home-made New England staple as it should be. Look for Legal Sea Foods or Ned Devine’s Irish Pub to provide chowder with sweet, tender clams and that hearty consistency that has won numerous public accolades for the city’s kitchen!