The 11 Most Scenic Day Trips From Boston 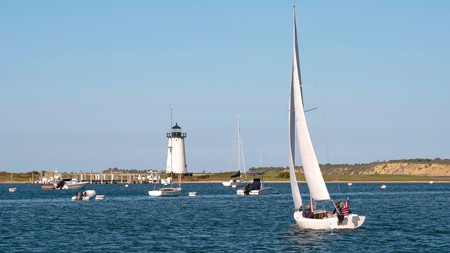 Part of Boston’s appeal is the fact that it lies in the heart of New England, surrounded by charming towns and other quaint locales away from the city. Whether it’s a historic seaside village, a serene foliage tour or an alluring beach escape, there are many scenic getaways easily accessible from Boston that provide a quintessential New England experience.

Located just north of Boston along the coast, Salem has long been one of New England’s most popular tourist destinations. The ‘Witch City’ – known for the Salem Witch Trials of 1692 – offers a variety of museums and historic homes dedicated to the city’s history, including the Salem Witch Museum, The House of Seven Gables and The Witch House. For those less interested in the supernatural, make sure to check out the Friendship of Salem, a replica 1797 East Indiaman ship that sits at Derby Wharf.

Neighboring Salem along the coast and more of a hidden gem is the quaint, seaside town of Marblehead, known as the birthplace of the American Navy. The historic fishing and boating town is home to the famous Revolutionary War painting, The Spirit of ’76 – find it at Abbot Hall. Marblehead also boasts beautiful panoramic ocean views as well as one of the prettiest harbors in New England. Check out the sights from Castle Rock or Fort Sewall, or view the old homes in picturesque Old Town, most of which date back to the early 1700s. Luckily, this tour allows you to experience the best of both Salem and Marblehead. 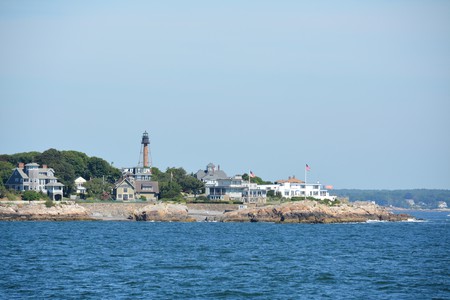 At the edge of Massachusetts’s so-called “elbow” (named since the western side of the state is vaguely shaped like a flexing arm) and a stone’s throw from Cape Cod sits the historic town of Plymouth. The town, which generates a quaint New England feel with ocean views and a charming downtown area, is home to Plymouth Rock, where European settlers disembarked from the Mayflower in 1620.

There’s also Plimoth Plantation, a re-creation of a 17th-century village. It features a working grist mill on one end and tipis on the other side for a unique look at what life was like for the Native Americans who lived here at the time and the immigrating Pilgrims. For a truly local experience in town, check out the Plymouth Farmers’ Market on the plantation grounds. It takes place weekly from June through October. 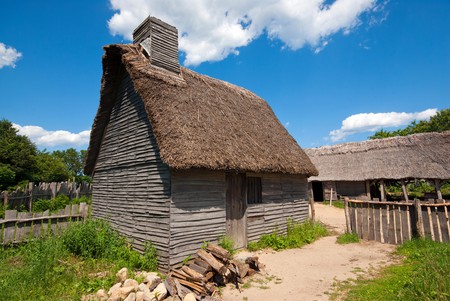 With a slew of coastal towns and stunning beaches, Cape Cod is an essential New England summer experience. The peninsula, which is under a two-hour drive from the city, is home to classic colonial architecture, historic fishing villages and some of the best seafood in New England. Take the Old King’s Highway through the town of Sandwich, and stop for a harbor cruise in Hyannis before making your way to the charming small town of Chatham. The Cape Cod National Seashore, a 40-mile (64.3-kilometer) stretch of rugged coastline, is also a perfect spot for a scenic drive, walk or sunrise view. 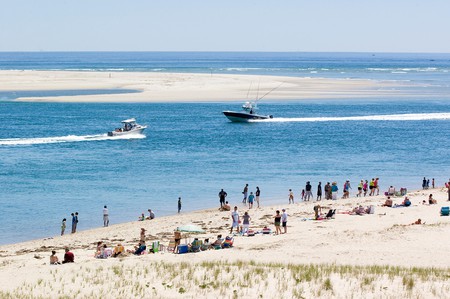 Located 7mi (11.2km) off the coast of Cape Cod, Martha’s Vineyard (also known as The Vineyard) is a unique island escape within reach of Boston. The 100-square-mile (259-square-kilometer) island is home to a few rural towns “up-island” and several – and more popular – historic villages “down-island,” including Edgartown, Oak Bluffs and Vineyard Haven. The Vineyard, which served as the setting for the movie Jaws, is most popular for Gay Head Cliffs, the gingerbread cottages in Oak Bluffs and its numerous beaches. However, check out one of its five historic lighthouses as well. Nantucket, the smaller of the two Cape Cod islands, sits 30mi (48.2km) off the Cape and is just as picturesque but slightly less accessible for a day trip from the city. 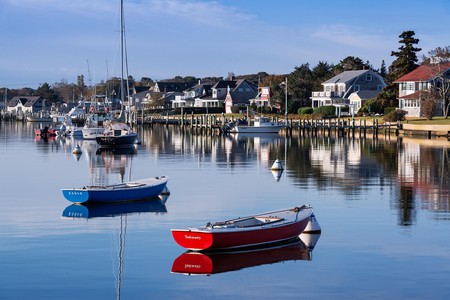 Keep going across the elbow of the Cape, and you’ll hit Provincetown, accessible by a two-hour drive from the city or a 90-minute ferry ride. The town, located at the very tip of Cape Cod, is well known for its vibrant arts scene as well as its LGBTQ history and culture. Indeed, it boasts the title of the “Oldest Continuous Arts Colony in America.” It’s home to numerous festivals and parades each year, including Carnival, a week-long celebration of the LGBTQ community. Since much of the town is part of the Cape Cod National Seashore, there are many beaches, hiking trails and nature preserves to explore. 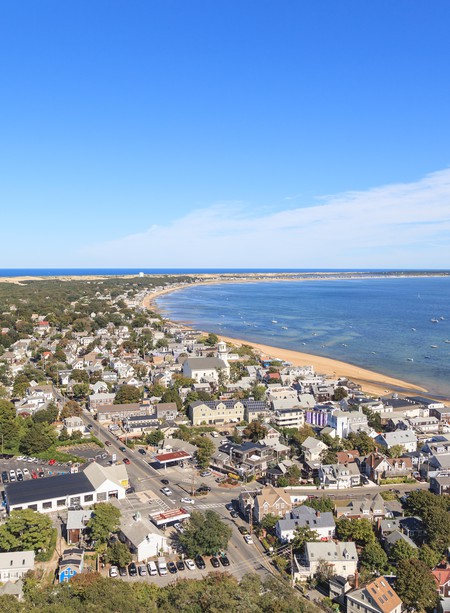 Surrounded by water on three sides at the tip of the Cape Ann, Rockport is one of Massachusetts’s classic coastal towns. With several mouthwatering fresh seafood restaurants and a vibrant arts scene, there’s plenty to occupy a full day in the small village. Take in a show at the well-known Shalin Liu Performance Center, or go for a walk through Halibut Point State Park. Also, go shopping down the eclectic Bearskin Neck area. For one of the best lobster rolls in New England, visit the Mile Marker One Restaurant in neighboring Gloucester, another quaint fishing village. 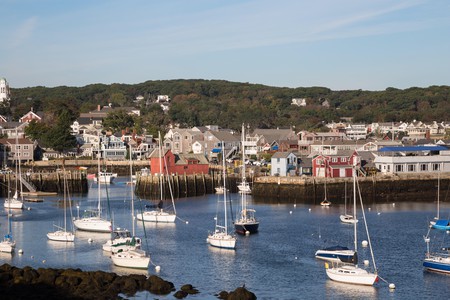 Ideal for history lovers, the towns of Lexington and Concord are just a short drive west of Boston and are home to a few of the most important sites of the American Revolution. Visit where the first shots of the war for independence were fired, and follow the trail Paul Revere took on his “midnight ride.” In Concord, the homes of Louisa May Alcott and Ralph Waldo Emerson are open to the public, and the historic Old North Bridge is an ideal spot for pictures in the fall. 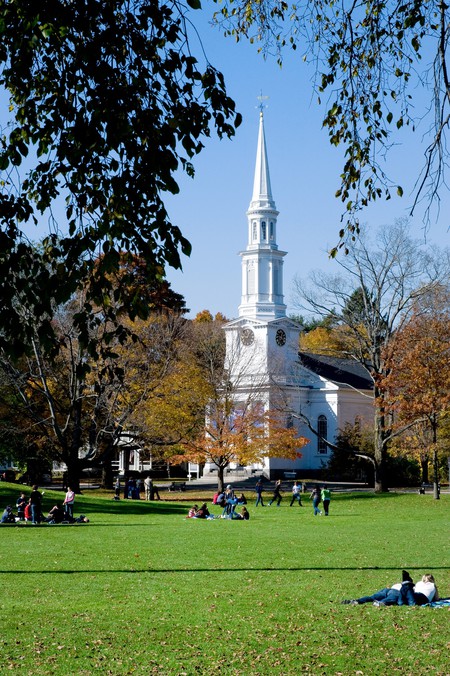 With its elegant mansions and cute downtown, Newport, Rhode Island, is a perfect place to spend time during a New England summer. The coastal city, about a 90-minute drive from Boston, has long been the summer stomping ground of some of the wealthiest families in America. Among the best estates to see are The Breakers (a mansion built for the Vanderbilt family in 1893) and the Marble House (a Gilded Age mansion built with 500,000 cubic feet [14,158 cubic meters] of marble). To top it off, take a ride down Ocean Drive, a 10mi (16km) scenic drive that features stunning ocean and mansion views. 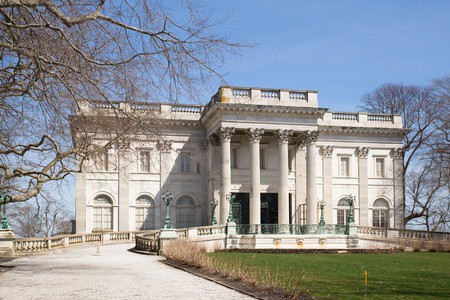 Located just an hour drive from Boston along the border of Maine, Portsmouth is a historic seaport city. It has a history dating back to the 1600s and was an essential seaport during the beginning of the American Revolution. Today, Portsmouth is a vibrant coastal town with trendy restaurants, shops and art festivals. The best way to experience the area is by exploring the cobblestone walkways downtown and venturing down the numerous sidestreets filled with local shops. For a true New England atmosphere, stop by during the winter months when the snow-lined streets are decorated with lights and winter decorations. 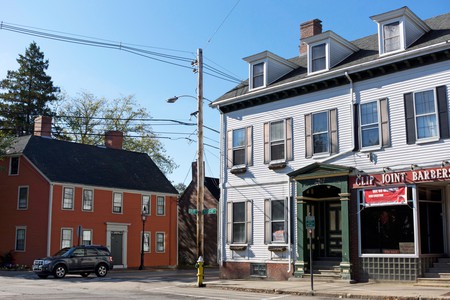 Slightly north of Portsmouth in Maine and still within a day trip of Boston sits the seaside towns of York, Ogunquit and Kennebunkport, Maine. Within a 30-minute drive of each other, these beautiful towns are home to a slew of downtown shops and beaches. See a regional production at the historic Ogunquit Playhouse after a day at Ogunquit Beach. Alternatively, walk around the quaint streets of Kennebunkport after having lunch at Alisson’s (make sure to get the lobster mac and cheese). There’s also the enormous Bush Compound at Walker’s Point (the ‘Summer White House’ of the late President George HW Bush) and the Wedding Cake House (the “most photographed house in the state of Maine”) to check out. 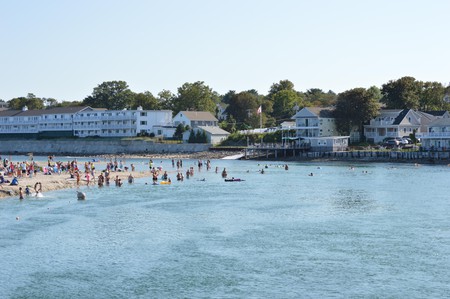 Just a short drive north up Interstate 93, New Hampshire is an excellent spot to witness New England’s fall foliage. The month of October is the ideal time to see the leaves turn into a mix of red, bright orange and yellow. Make sure to stop at one of the old covered bridges along the way – such as the one in the Willard Brook State Forest – for a perfect picture. Add in time to visit an apple-picking farm to pick some fruit, and try a bite of a home-made apple cider doughnut. 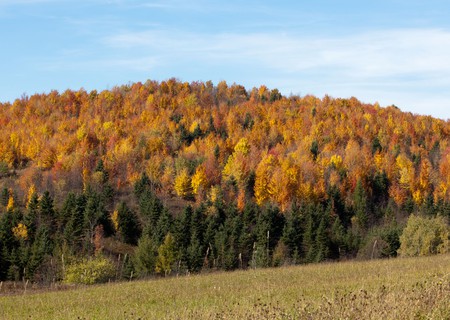