The Design Evolution of the Handicap Icon 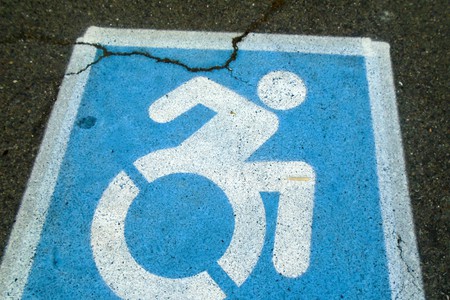 Many people are likely familiar with the traditional symbol indicating a handicap-accessible space: a stick figure in a wheelchair with its arms at its sides. (Interestingly enough, the original version, designed in 1968, was missing a head. The head was added in an update the following year.)

Technically called the International Symbol of Access, it can be found everywhere from parking spaces to bathrooms.

But just because the symbol has become so widely recognized doesn’t mean that everyone is happy with it. Critics have called the old symbol’s inert figure an implication that people with disabilities are unable to navigate the world. 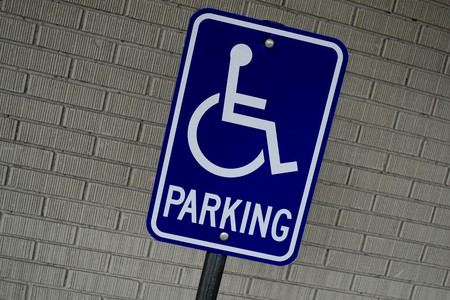 And Boston-based disability rights advocate Sara Hendren set out to change that after giving birth to a son with Down syndrome. Hendren, a graphic designer by trade, became increasingly aware of a new image for the “handicap” sign as she went about her life.

What was so different about this new design when compared with the old one? For starters, the stick figure was still a stick figure, but it now featured thicker lines than the old outline did, in keeping with the other standardized symbols, like the male and female signs used on restrooms.

But the most dramatic difference was the degree of mobility evident in the new symbol. Whereas the figure in the old logo was motionless and upright, the figure in the new symbol is leaning forward and clearly in motion. This tweak seemed to suggest that people with disabilities have agency in the world, and the ability to move themselves forward, whether physically or with internal strength.

Hendren teamed up with graffiti artist and philosophy professor Brian Glenney for a stealth tagging project, in which they went around Boston and stuck transparent overlays of the new symbol over the old one wherever they could find it.

Their project (which was technically illegal) caught lots of media attention, and the duo partnered with a professional designer to create a formal version of the new logo. They then put it onto the Internet as an open source image that anyone could use, in the hopes that it would come to be the new standard indication of accessibility.

The new symbol has been wildly successful. Disabled people have come together to put the logo up in places, and the design is now on display at the Museum of Modern Art in New York. A Canadian organization, Forward Movement, has gotten multiple cities in Canada to sign up to use the new image. And in perhaps the ultimate endorsement, the emoji for accessibility features the new design, not the old.

Not everyone agrees that the new symbol is a step in the right direction. Some argue that it favors those who do have some mobility and use of their bodies and say that this shows an unfair preference on those who have more control over their bodies. 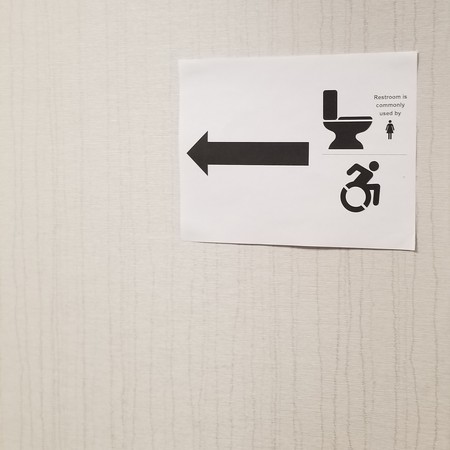 But one thing is for sure—the redesign is putting questions of accessibility in the spotlight, where it does not often get to be. “We really like the situation we’re in,” Glenney has said. “It gives visibility to the context of people with disabilities. It keeps them ‘in the market’ of ideas, so to speak.”

And no matter what you think of the new symbol, that is surely a sign of progress that we can all get behind.