The Boston Subway: A Brief History Of The 'T' 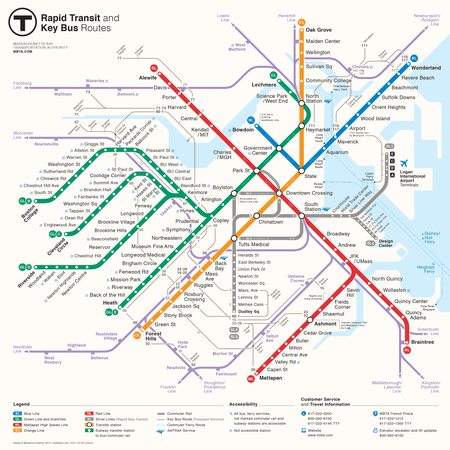 Bostonians today have a love-hate relationship with the MBTA that more often than not leans towards the nastier side. Despite being a hub for innovation, Boston‘s subway system continues to be subpar, which may be due to the fact that it’s the oldest system in the country.

The Massachusetts Bay Transportation Authority, most often referred to as the MBTA or the ‘T,’ is the public transportation system for Greater Boston. It is made up of bus routes, the commuter rail, a few ferries, and the subway system. In 2015, the Green Line and the Ashmont-Mattapan Section of the Red Line were the most used light-rail systems in the United States.

The beginnings of the MBTA originated in 1897 when the first Green Line cars were put to use. While this was the first local public transportation, trains that traveled out of the city existed decades before. Rails that ran from Boston to Portland, Maine and Western Massachusetts existed as early as 1833. The Old Colony Railroad and Middleborough/Lakeville Lines would open in 1845, connecting Boston to the South Shore (these are still names of Commuter Rail routes today). In 1853, the first streetcar was chartered in the city to connect the West End to Central Square and Harvard Square in Cambridge. This connection would become the Longfellow Bridge, a route still followed by the Red Line today. 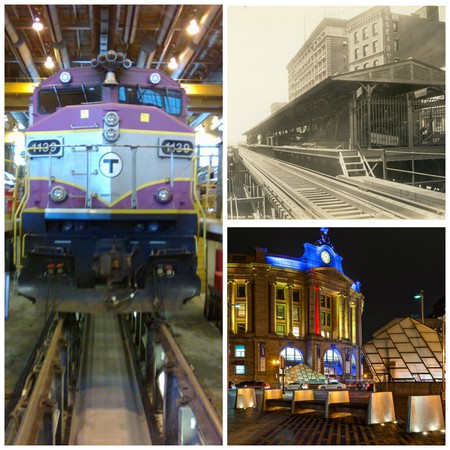 When it came time for the subway and elevated rail debut, the Metropolitan Transit Authority ran the system. You may have heard of the system from The Kingston Trio song about Charlie on the MTA. If you carry a Charlie Card today, you can thank this song for the name.

Park Street Station, today one of the busiest transfer stops that connect the Green and Red Lines, was opened in 1898. Park Street was the first rapid transit tunnel in the country. The precursor to the Orange Line would open in 1901, and the beginnings of the Blue Line – connecting East Boston under Boston Harbor – would come in 1904. The Cambridge Tunnel would open in 1912, which would later become the Red Line, one of the most popular routes today.

Today, the MBTA consists of the four main subway lines, 183 bus routes, 12 commuter rail routes, and a few other lines, including ferries connecting the South Shore and East Boston to downtown. In 2012, Keolis Commuter Services won with a bid of $2.68 billion to take over operations of the MBTA Commuter Rail. Since this purchase, Keolis has made efforts to increase punctuality of trains, tested new schedules, and cracked down on fare evasion.

As for the rail and bus services, the MBTA consistently faces criticism. Fares continue to rise annually, and in 2015, it was called one of the most indebted transit systems in the United States, with debt rising over $8 billion, including interest. Mechanical issues that lead to delays are also frequent announcements for MBTA users, especially during snowy winters. For now, Bostonians know what to expect from the oldest subway system in America, but they hope that plans are being made to fix outstanding issues soon.