The 10 Best Bars In Allston, Boston

It’s ‘blue collar meets college hipsters’ in Allston, the diverse Boston enclave filled with with a lively nightlife. Brighton Ave and Commonwealth Ave, two of the main streets running through the area, are home to a wide selection of bars, clubs and dives, all catering to the student population. Whatever you’re looking for, Allston probably has it. Here are the 10 best spots to throw back your next drink. 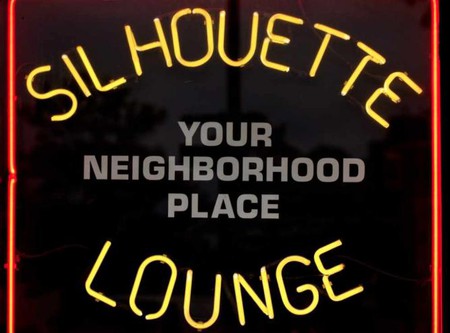 Bar, American
Facebook
Email
Twitter
Pinterest
Copy link
Share
Better known as ‘The Sil,’ Silhouette Lounge is a neighborhood spot where regulars and local musicians frequent to enjoy cheap pitchers, darts, pool, and free popcorn in a dive bar setting with a rough and ready attitude. In an area full of college bars and Bud Light bottles, The Sil stands out with its laid back vibe and affordable drinks. As for the music, it’s just what you’d expect from a place like this – a killer jukebox runs the tunes all night long.

Bar, Gastropub, Cocktails, American, Wine, Beer, Pub Grub, $$$
Facebook
Email
Twitter
Pinterest
Copy link
Share
Deep Ellum is an inventive gastropub in the heart of Allston, serving eclectic fare, draft and cask beers, and original cocktails that are on par with some of the best in Boston. In the warmer months, sit on the outdoor patio out back while you sip cocktails like the Fifty-Fifty (with Perry’s Tot Navy Strength gin, La Cigarrera Manzanilla sherry and orange bitters) or the Test Pilot (Barbados rum, Jamaican rum, Combier, Falernum, bitters, lime, and Herbsaint over crushed ice). Deep Ellum also has an amazing beer list – choose anything from Weihenstephaner to beers from local breweries like Mayflower or Pretty Things.

A boisterous bar with craft beers on tap and locally sourced comfort food, Common Ground has been appealing to both the local and college crowds for the last 16 years. Renovated but keeping its dive bar feel, this spot is perfect for catching a game or throwing back a couple beers while you play trivia, which is every Monday, Tuesday and Thursday night. Common Ground also hosts 90’s Night every Friday, DJs on the weekends and an all you can eat breakfast and brunch on Saturday and Sunday.

Sunset Grill & Tap is a beer lover’s paradise. With 113 beers on tap and 380 microbrews and exotic imports, it has the largest selection of beer on the East Coast. Take advantage of the cask-conditioned beer, flight samples, vintage and new beers and seasonals and ciders. You can also indulge in a full menu until 1am, which includes Boston’s award winning steam beer burgers and famous curly fries, original buffalo wings and giant nachos. As one of the most popular bars in the area, it gets crowded fast, especially during the weekend, so make sure you snag a spot at the bar or a table early.
Address & telephone number: 130 Brighton Ave., Allston, MA; 617-254-1331 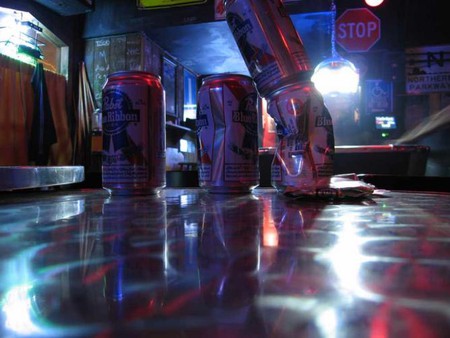 PBR, the drink of choice at Model Cafe | @Pete Jelliffe/Flickr

It’s certainly not for everyone, but Model Café is right at home in Allston, which is rated one of the most hipster neighborhoods in the U.S. Expect music, cocktails and cheap beers in this bare boned joint, lined with maroon faux leather booths and simple round bar stools that give the place a ‘50s vibe. What started off as a tiny, unpretentious dive now vies for the title of the best neighborhood dive. There’s never a cover, beers can go for as low as $2.50, and there’s plenty of room out front to socialize if you’re a smoker. Around 10pm, older locals give way to hipster, artsy types, and it can get pretty packed, so get there early.
Address & telephone number: 7 North Beacon St., Allston, MA; 617-254-9365 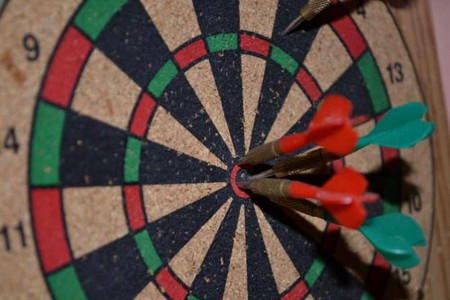 Darts at the Avenue | @Richard Matthews/Flickr

With 30 beers on tap and a laid back chill vibe, The Avenue fits right in with the neighborhood college crowd and Allston locals. Come here for burgers or wings, to catch a game, or to simply throw back a few with friends. Funky and fun with no frills, The Avenue looks deceptively small from the outside, but boasts several rooms and a downstairs, which is often overlooked. If you’re looking to get away from the busy bar crowd, grab some darts from the bartender and head downstairs. You’re almost guaranteed to have the space to yourself.
Address & telephone number: 1249 Commonwealth Ave., Allston, MA 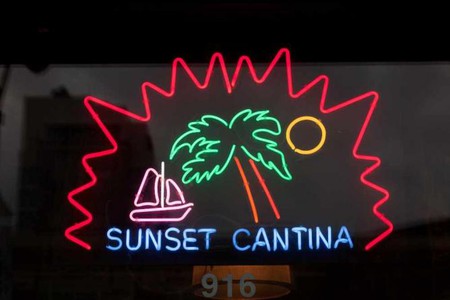 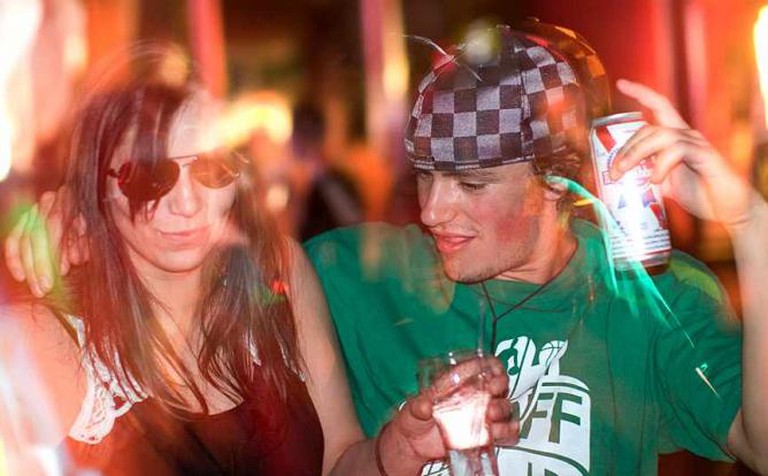 Great times at Great Scott | @Nick Minieri/Flickr
The alternative sister to Sunset Grill, Sunset Cantina is a casual spot for Mexican bar bites, margaritas, a large draft beer selection and over 200 different tequilas. A bit smaller than its counterpart, Sunset Cantina is still a high quality spot in the Allston neighborhood, even showcasing what’s been voted as ‘Boston’s Best Margarita.’ It’s got a bright and upbeat vibe, and a lengthy margarita menu. Try the Bahamarita (with Margaritaville mango, mango liqueur, Cointreau, pineapple juice, fresh orange, cherry, and a lime wedge with a sugared rim) or the Blues Brothers (Sauza Gold and Silver Tequila with Blue Curacao and their house margarita mix).

Half bar, half live music venue, Great Scott is a low key Allston destination for indie underground music shows and long running dance nights. It’s cash only, but the trade off is cheap drinks, which you can enjoy at the bar or up at the stage. Since they feature an intimate venue with live shows every night (most you can see for $10 or less each night), there’s even a good chance you can have a drink with the band right after their set, either inside or on Great Scott’s outdoor patio in front.
Address & telephone number: 1222 Commonwealth Ave., Allston, MA; 617-566-9014 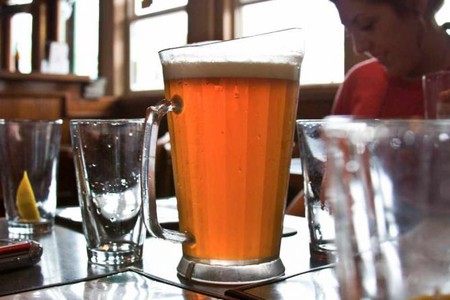 Pub grub, sports on TV and weekly karaoke nights maintain the 30 year tradition at T’s Pub, which has been called ‘The Place to Meet’ in Boston. Sitting in the middle of Boston University’s West Campus, it’s definitely a college bar, but it’s the ideal place to go after seeing a hockey game at Agganis Arena or a show at The Paradise next door. T’s is a great hangout spot for people watching with its sidewalk seating. The drink prices aren’t bad either. There’s something going on each night, with Monday Night Football, karaoke Tuesdays, trivia Thursdays, and DJs spinning on the weekend.

If you’re looking for a true Mexican kitchen and watering hole, look no further than Patron’s. Right in the heart of Allston Village, this casual Mexican bar and restaurant serves house made tacos and burgers, along with a list of margaritas and beers. If you’re a pool shark, you’ll love the L-shaped bar and backroom, which is filled with pool tables. Patron’s also boasts plenty of comfortable seating and two fireplaces, which is definitely a draw during Boston’s harsh winters.
Address & telephone number: 138 Brighton Ave., Allston, MA; 617-782-2020