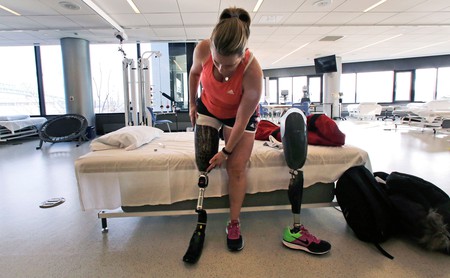 Enjoying the day’s events was a tradition in the Sdoia family. Gene Sdoia would drive his two daughters the 45 minutes from their home in Dracut, Mass., to Boston for the Red Sox game. They would eat hot dogs and popcorn then leave Fenway Park early to watch the Boston Marathon runners race through Kenmore Square.

Sdoia continued the tradition as she got older. April 15, 2013 started off like any other Patriots’ Day for her at Fenway Park. Sdoia and her friend Sabrina ate hot dogs on gluten-free buns and drank gluten-free beer (Sdoia has celiac disease). They left the game early and posted up in front of the Forum restaurant—a favorite marathon-viewing spot—in order to cheer on their friend Jen as she ran by.

“I’m not sure Marathon Monday will ever be a favorite day again,” Sdoia said. “I can try to enjoy it somewhat, but it will always be scarred by that particular day.”

Observed on the third Monday each April, Patriots’ Day is an official Massachusetts state holiday commemorating the anniversary of the 1775 Battles of Lexington and Concord, the first bloodshed of the American Revolutionary War. The day is filled with reenactments, ceremonies and sporting events. The Red Sox have played at Fenway Park on Patriots’ Day since 1959, typically in the morning. The biggest celebration, though, is the Boston Marathon, which has been run every Patriots’ Day since 1897. It’s also why the day is referred to as Marathon Monday.

Marathon Monday 2013 will forever be remembered.

At approximately 2:49 p.m., two homemade pressure-cooker bombs filled with shrapnel, nails and ball bearings exploded within 12 seconds of each other near the marathon’s finish line on Boylston Street. After loud popping sounds and flashes of white light, Sdoia lay on the ground in a pool of her own blood not knowing what had happened or, more importantly, if she’d survive.

Sdoia, who lost her right leg that day, spares no detail chronicling her personal experience of the Boston Marathon bombing and its aftermath in Perfect Strangers: Friendship, Strength, and Recovery After Boston’s Worst Day. The book, published by Public Affairs, recounts the terrorist attacks by brothers Tamerlan and Dzhokhar Tsarnaev, whose bombs killed three and injured more than 264 people, including Sdoia. 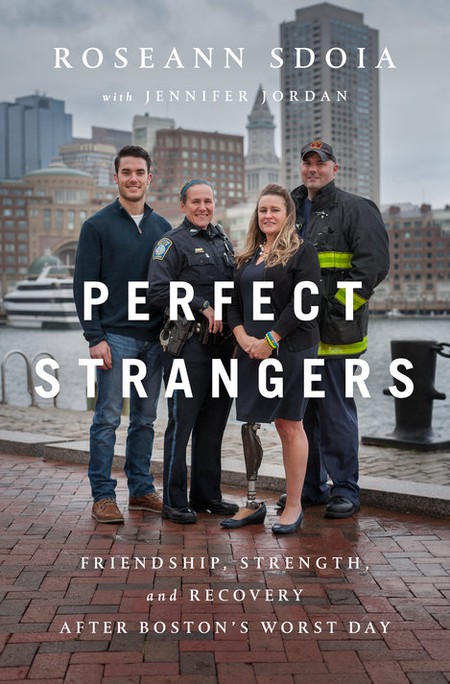 “It really seems like everything happened a lifetime ago,” Sdoia said. “I no longer remember the Roseann with two legs. It really is still a very surreal feeling and because of that, I do think of that day quite often—more to just try and understand what happened.

“Right from the beginning I believe talking to the media helped cope with what happened and I also think the same with the book. I feel the more I speak about it helps.”

While that day has negatively affected countless lives, there are silver linings, including the bond Sdoia, firefighter Mike Materia, police officer Shana Cottone and then-Northeastern University student Shores Salter formed in the chaotic aftermath following the second explosion. The latter three were integral in saving Sdoia’s life as she lay on Boylston Street, blood pouring out from what was remaining of her leg.

All I know is that we shared an experience that has left each of us forever changed. And while most people who were there that day remember it only with horror, outrage, and sorrow, we four can now also see it through the lens of the love and support that formed in the wake of that atrocity.

The four went from anonymous strangers to close friends, brought together through the most harrowing of circumstances: survival.

Materia was Sdoia’s ever-present, silent guardian during her recovery process—Mike became such a fixture that I no longer really considered him a visitor. He was just there, quietly guarding me. The two became friends and eventually began dating. They got engaged Dec. 4, 2016, on a trip to Nantucket, Mass. 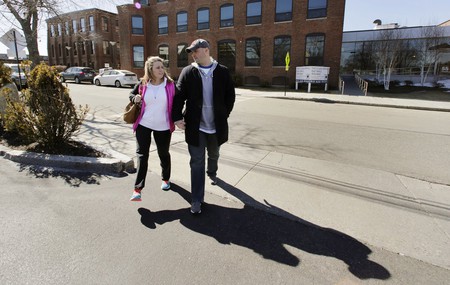 “We are hoping to get married this fall but we are still looking for that special place to do so,” Sdoia said. “Our relationship has been built on special circumstances and we’d like the venue to be the same—something special.”

Sdoia and Materia will be at the 2017 Boston Marathon on April 17 cheering for Salter, who is running the race. Cottone will be there, too, on duty keeping a vigilant eye over the event just like she did four years ago.

I am much more invested in having Boston and its wonderful marathon regain the definition of Marathon Monday as an enormous, slightly out-of-control, always fabulous citywide day of celebration. And maybe one day, Marathon Monday will again be my favorite day of the year in Boston.